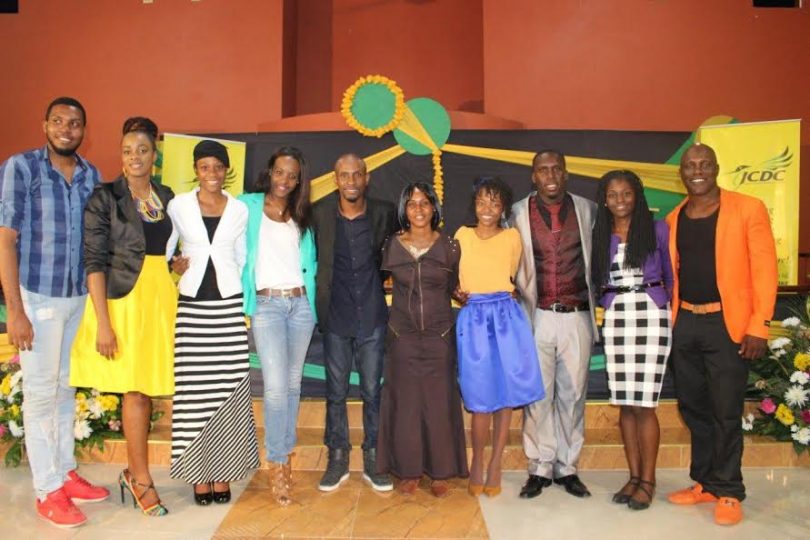 The top ten finalists for the Jamaica Gospel Song Competition were chosen from the semi-final round of the competition, held last Sunday. The finalists, who will compete to be named winner of the competition at the finals in July, were chosen from the top 23 semi-finalists from across the island. Organized by the Jamaica Cultural Development Commission (JCDC), an agency of the Ministry of Culture, Gender, Entertainment and Sport, the Jamaica Gospel Song Competition celebrates its 30th anniversary this year, and has unearthed hundreds of Gospel singers and song writers, who have gone on to advance brand Jamaica.

The finalists are: Raheim Betty of St. Ann with Jesus I’m Sold Out to You, Shaughna-Lee Steele of Portland with Arise and Chevanese Thomas and Derona Nunes with Through the Storm, and God is Real respectively, both hailing from Manchester. Three finalists represented the parish of Clarendon:  Dannareo Fearon with Order My Steps, Shanoya Haley with The Blood and Vylmark Hamilton with Too Late; while another three represented Kingston and St. Andrew: Dycinta Nunes Holgate with Bawl Out, Tevon Brown with Christ Put a Praise in Me, and Flavia Bradshaw Beswick with Hold the Faith.

“This year’s impressive crop of semi-finalists each brought something extra to the competition in their own unique way; it was hard for the judges to select the best ten.” Said Stephen Davidson, Director of Marketing & Public Relations at the JCDC. He continued, “But the Jamaica Gospel Song Competition facilitates growth in the music industry, and continues to provide opportunities both locally and internationally for a lot of persons who have entered, even those who were not the winner on the final night.”

Davidson also noted that entries were received from across the island from persons looking to become the next face of Jamaican Gospel music, but after four highly competitive regional auditions and eliminations, only the most impressive contestants made it to the semi-finals.

“The finalists will now begin preparation for their journey to the finals which will include voice, music and industry based developmental workshops, recording the album and performances and outreach across the island. All this will be captured in a reality television series leading up to the Grand Finals.” Davidson said.

The Jamaica Gospel Song Competition since its inception in 1987 has since become an iconic presentation of indigenous gospel music in Jamaica and attracts over 200 artistes, producers and writers of original gospel music each year. This competition is also seen as another avenue for the unearthing and growth of writers, and vocalists through training with the best within the industry.