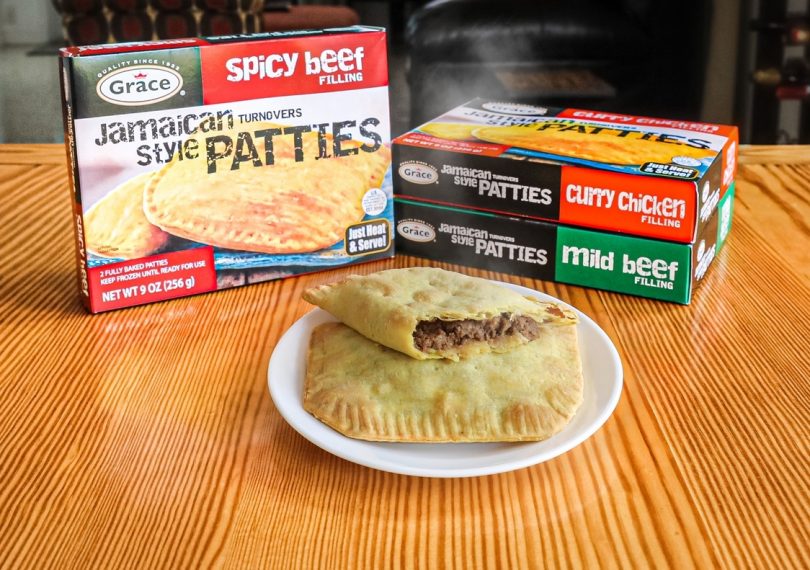 Just under 1.5 million patties sold for second quarter this year

Jamaican meat patties have always been a big seller among Caribbean Americans in key Diaspora markets within the United States. The New York tri-state region is the largest of the Jamaican & Caribbean markets overseas, and during the first three months of the Covid-19 pandemic, Grace Foods USA registered a doubling of patty sales in the New York tri-state area.

The company is reporting that during the second quarter of this, which covers April to June, just under 1.5 million patties were sold. Most of the sales were in New York followed by New Jersey.

Grace patties are manufactured in Florida and they come in three types- curry chicken, mild beef and spicy beef. The product is carried as a frozen food in leading retail outlets in New York & New Jersey such as Walmart, Shop Rite, Western Beef, Stop & Shop, Key Food, Acme, Price Rite and Giant Food.  Grace patties have been on the supermarket shelves since mid 2017. While the brand saw a dramatic surge in sales for the second quarter of 2020, the growth has been triple digit for every year since 2017 as distribution expands and consumers become more aware of the product.

So why the spike in patty sales?

“Our patties are frozen so they can be taken home and stored, heated and eaten at leisure. And they are just irresistibly delicious, making them a hit in the marketplace”, Collins added.

And as the pandemic continues,  families with children to feed are spending more time at home, so shoppers are in search of a quick, nutritious snack. As a result of the increased demand, Grace is now targeting new market segments in the region and a few weeks ago the company kicked off an alluring television advertising campaign on NBC and ABC networks to target mainstream patty lovers.  Ads were also ran on Telemundo, the leading Spanish language television outlet in the New York area to get the Jamaican patty message out to the Hispanic market. Hispanics traditionally enjoy a similar product which they refer to as ’empanadas’. But now they have the option to savor a Jamaican patty infused with curry, Scotch Bonnet and other Jamaican spices.

Additionally, the company is promoting the patty brand on a number of leading New York City radio stations including WQHT Hot 97, 107.5 WBLS, WLIB and on Caribbean stations. A robust and penetrative bilingual Online campaign is also part of the execution to get the message to a new generation of consumers.

“This is the first time we’ve gone the route of network television advertising and the results and the feedback have been overwhelmingly positive. So far the promotion is driving sales even further as new consumers are embracing Grace Patties, and we are very grateful for the support”, Derrick Reckord, CEO for Grace Foods USA noted. “The success is also due to the fact that our patties are the best, and it is  heartwarming to see youngsters of the next generation enjoying them,  affirming the continuation of Jamaica’s food culture”, he further explained.

Grace is looking towards the future for continued growth of its brands. The company wants to expand distribution of the Grace Patties to other points within the United States as well as to Canada and Europe. The company also plans to add new, exciting types of patties to the existing three variants for 2021.