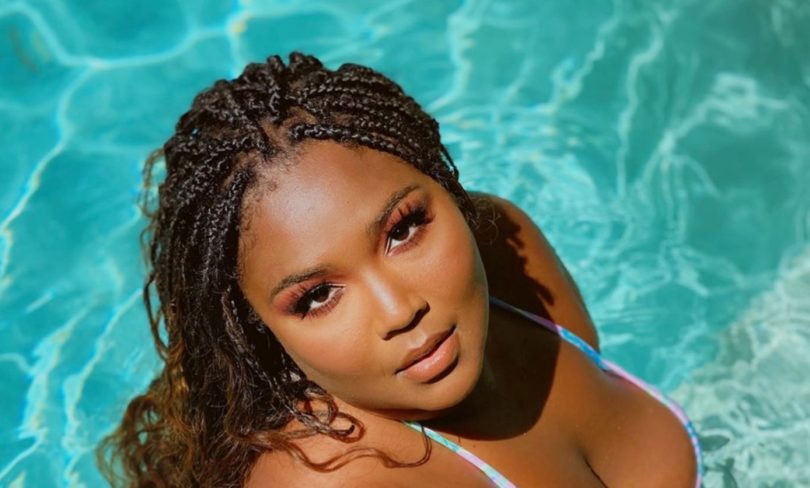 Jamaican beef patties are famous the world over and Grammy Award-winning singer, Lizzo, took to TikTok to showcase her cooking acumen by creating her favorite Jamaican patties – vegan style. The artist has been a vegetarian for seven years and embraced the vegan lifestyle for a year. 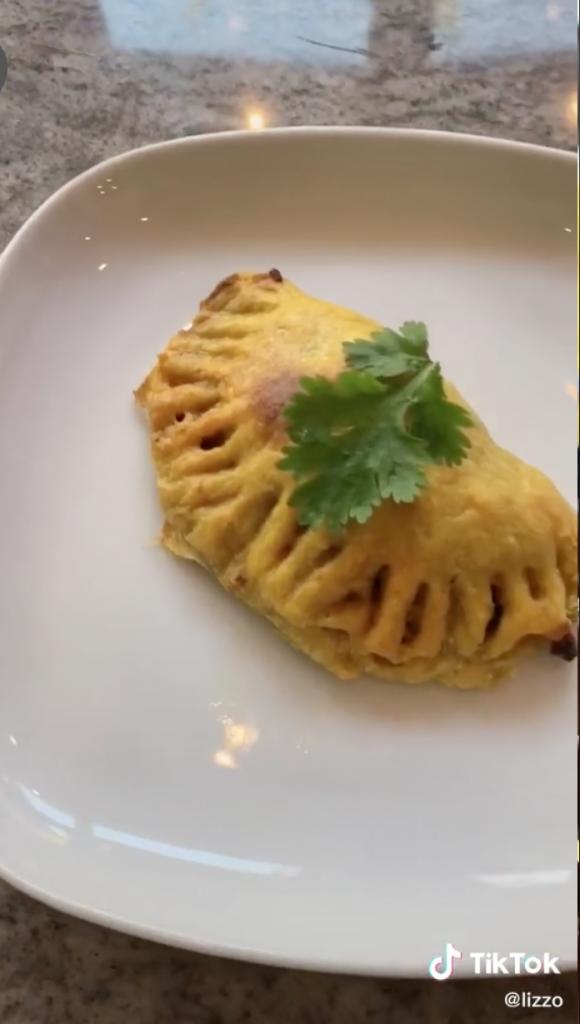 Lizzo captioned her video, “Vegan Jamaican spicy beef patty only thing missin’ was some coco bread and a ting.”

The artist is known for her musical talents that include being an accomplished flutist. Her Vegan Jamaican “Beef” Patties viral video quickly garnered more than 520,000 views and it continues to accrue approval. During the video, the singer also revealed that she has her own garden. 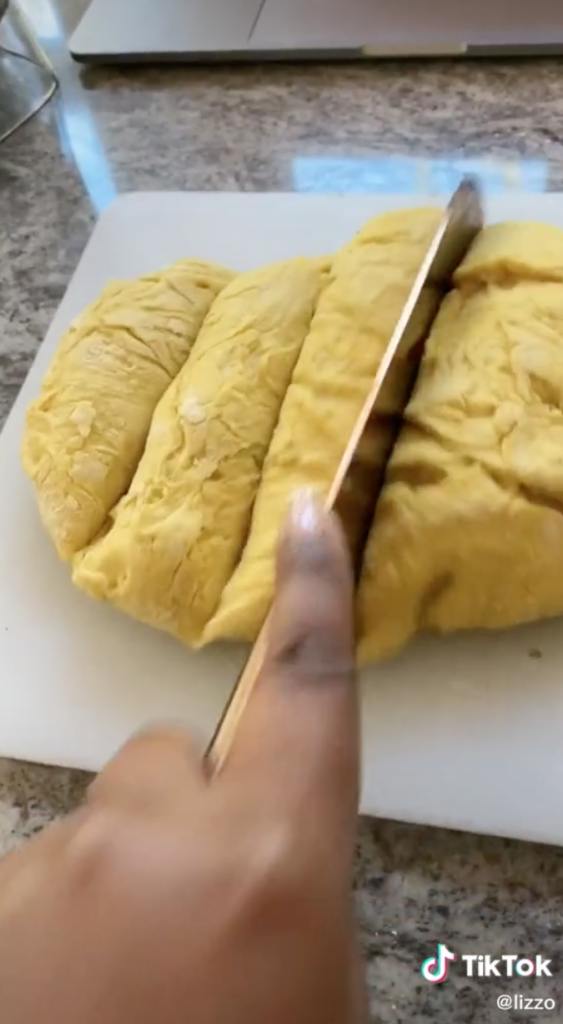 Lizzo has been sharing her favorite vegan recipes while quarantining during the COVID-19 stay-at-home orders. The filling for the spicy patties were all plant-based options and she made her own dough from scratch. She prepared her patty with ingredients that incorporated Follow Your Heart® vegan egg, Violife cheese, Toffuti cream cheese, MorningStar Farms® meat, and Frank’s RedHot® Seasoning Blend. 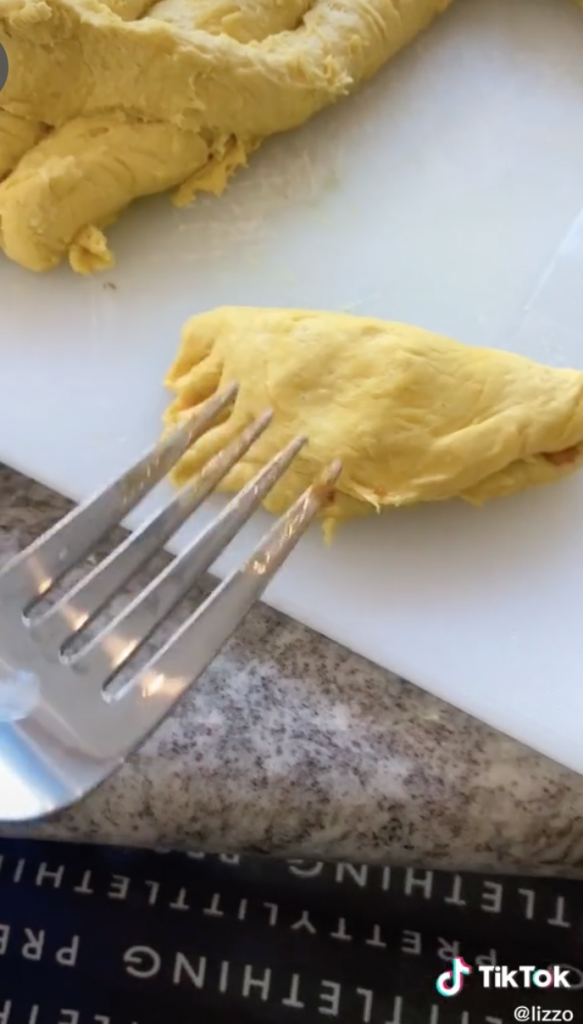 Lizzo is obviously no stranger to Jamaican food, as evidenced by her comment about coco bread and ting. Coco bread is a Jamaican favorite. The slightly sweet bread is often split in two and stuffed with a Jamaican patty to create a sandwich. Ting is a refreshing carbonated beverage popular throughout the Caribbean. 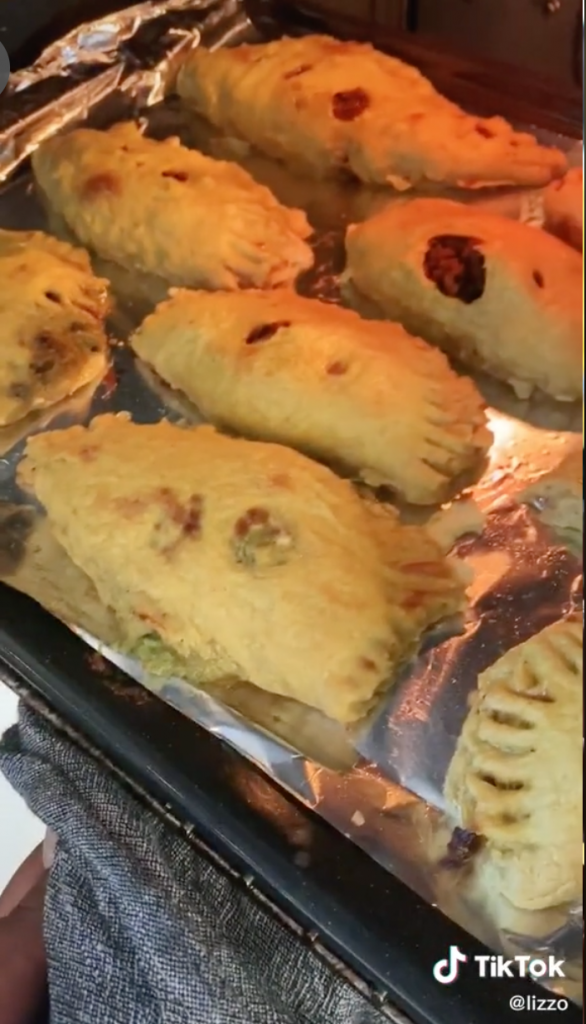 Many say Jamaican patties resemble fruit turnovers but are stuffed with vegetables, cheese, spices, and ground beef – though other types of meat or seafood can also be used. After the Cornish pasty was introduced to the island, Jamaicans placed their own unique stamp on the recipe to make it their own, and the Jamaican beef patty was born.

The Jamaican beef patty has made its mark on the world and is a global favorite. Lizzo’s TikTok video amply demonstrates that vegans can celebrate and enjoy the taste of Jamaican patties even without a meat-based filling.