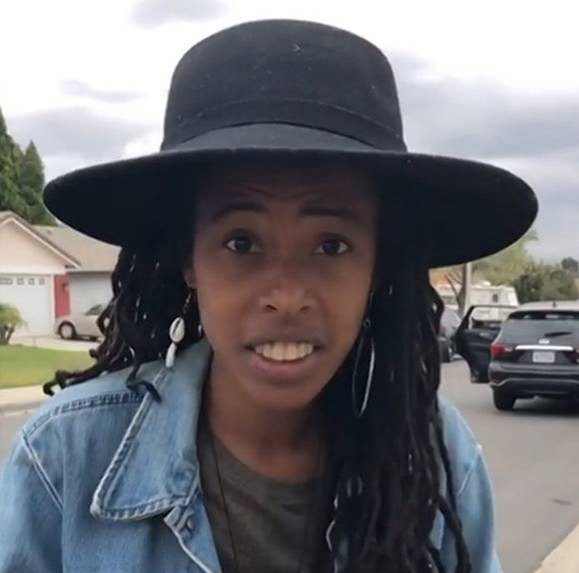 While leaving an Airbnb property in California on April 30, 2018, Donisha Prendergast, a filmmaker, actress, activist and granddaughter of reggae legend Bob Marley, and her friends were confronted by officers from the Rialto Police Department who accused them of being thieves. Prendergast and her friends were detained after a neighbor allegedly called the authorities when she saw the group leaving the home with luggage. Prendergast, the daughter of Sharon Marley, a singer, dancer, and member of the Melody Makers, posted a video of the confrontation that shows her talking on the phone with the owner of the property. She was trying to have the owner explain the situation to the police officers and can be heard saying, “There are four police officers here” and “We watched your neighbor call the police.” The caption to the posted video clip quotes Marley’s lyrics in “Redemption Song,” “My hand was made strong, by the hands of the Almighty. None of them can stop the time. We won’t stand aside and look. We are greater than they wanted us to believe.” Prendergast plans to sue the Rialto police, but as of May 7, 2018, the information officer for the police said that while there was “pending legal action” it was unclear what that action would entail.

According to a report from CBS LA, the incident, which was tagged as racial profiling by Prendergast, resulted from the fact that the owner of the Airbnb property, Marie Rodriguez, had not told her neighbor that the home was being rented. In a Facebook post written by film director Kells Fyffe-Marshall who was one of the other women staying at the property, “As you can see 3 of us were Black. About 10 seconds later we were surrounded by 7 cop cars. The officers came out of their cars demanding us to put our hands in the air. They informed us that there was also a helicopter tracking us. They locked down the neighborhood and had us standing in the street. Why? A neighbor across the street saw 3 black people packing luggage into their car and assumed we were stealing from the house. She then called the police. At first, we joked about the misunderstanding and took photos and videos along the way.” However, after some 20 minutes, things escalated, and a police sergeant arrived. He was unfamiliar with Airbnb and did not know what it was. Fyffe-Marshall’s post continued, “He insisted that we were lying about it and said we had to prove it. We showed them the booking confirmations and phoned the landlord..because they didn’t know what she looked like on the other end to confirm it was her.. they detained us – because they were investigating a felony charge – for 45 minutes while they figured it out.” She said the incident left the group traumatized, angry, frustrated, and sad. She was later detained at the airport as well.

The neighbor reportedly called the police when the group did not return her wave as they left. The police spokesperson told Billboard magazine that while Prendergast and the others were technically detained, No one was put in handcuffs and were free to leave. According to the spokesperson, “The officers figured out pretty quickly that this was probably an incident where they were renting a room, but they had to make sure.” This was the first time the Airbnb property was rented and the complaining neighbor, who knows the owner well, is a member of the neighborhood watch.