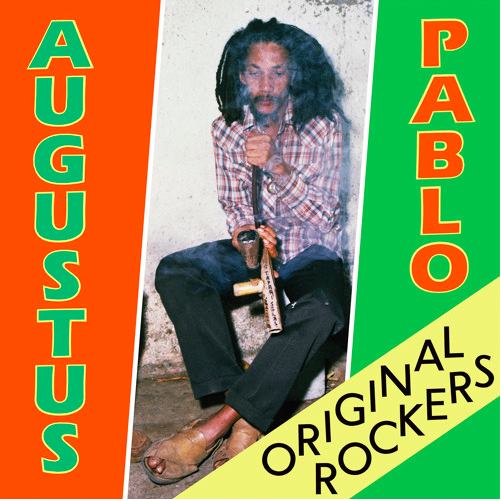 Augustus Pablo (1954-1999) was the master of melodica and one of the most revered talents in reggae music. A reissue of his classic album Original Rockers with remastered sound and a 16-page extended booklet is available now from Greensleeves Records an imprint of VP Music Group.

Greensleeves originally released the LP in 1979 and carefully selected Pablo’s best self-productions from his early days between (1972-75) – mostly consisting of well-received instrumentals and versions of older hits from Studio One. Original Rockers boasts Pablo’s haunting melodica and includes flashes of his dub inspiration on standouts like “Rocker’s Dub” and “Tubby’s “Dub Song.” The album is recorded in the legendary studio of the great reggae producer King Tubby. Reggae all-stars like guitarist Earl Chinna Smith, bassists Robbie Shakespeare and Aston Barrett and select vocalists like Dillinger and Hugh Mundell all shine on this collection.

To celebrate the release, his daughter and DJ, Isis Swaby of Rockers International, hosted several listening sessions in New York and Florida throughout the month, where she played select songs from the album interspersed with influential and inspired tracks that complement her father’s sound.