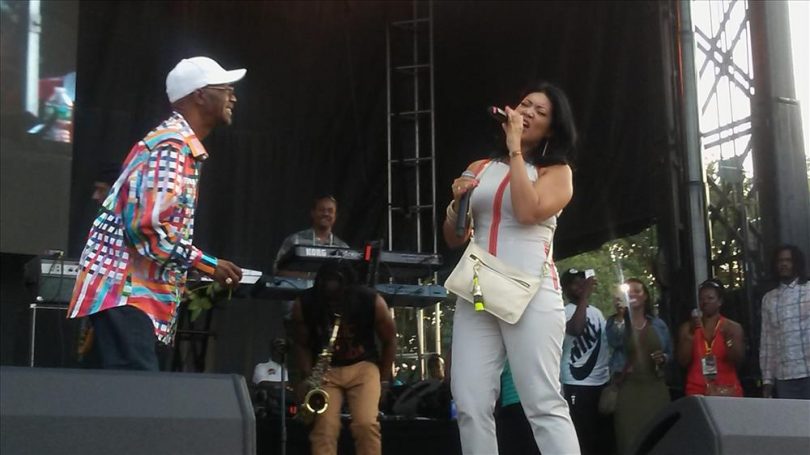 Beres Hammond and Tessanne Chin at Groovin in the Park 2016 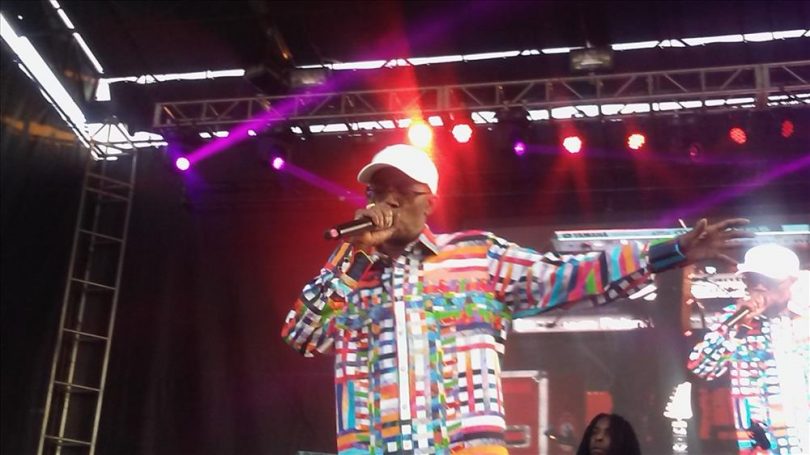 Beres Hammond performing at Groovin in the Park 2016 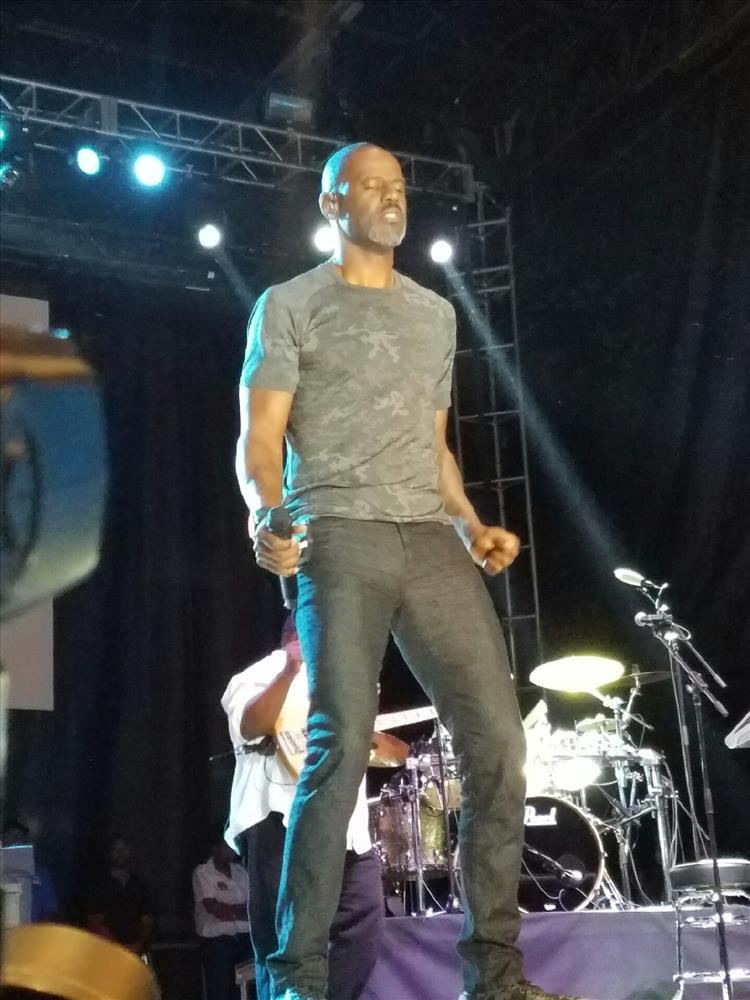 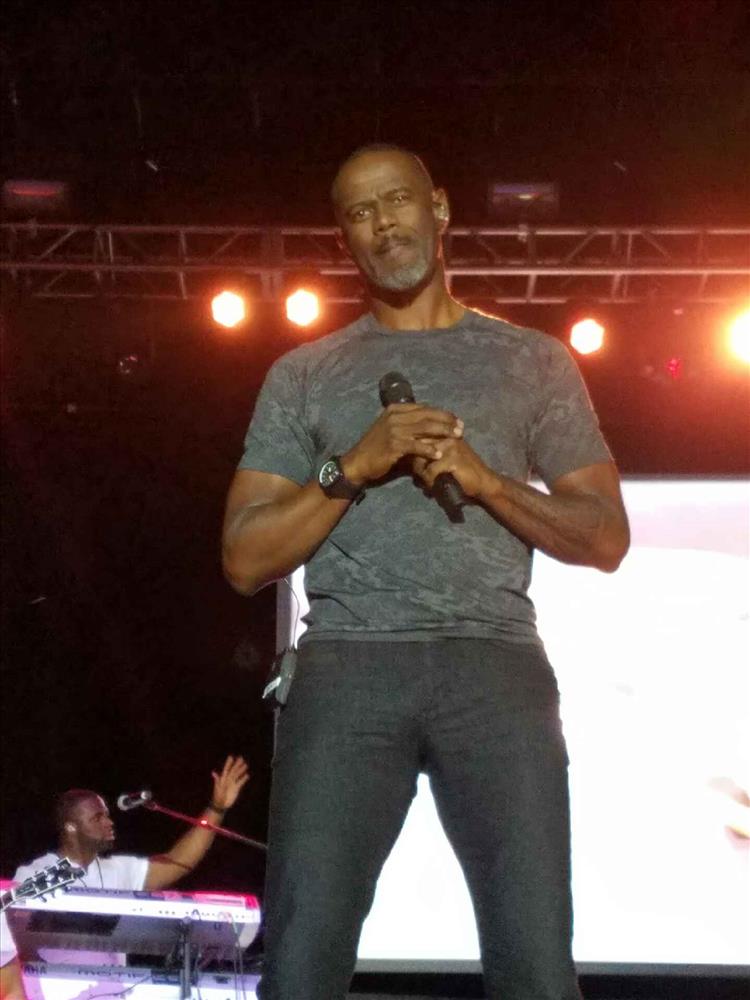 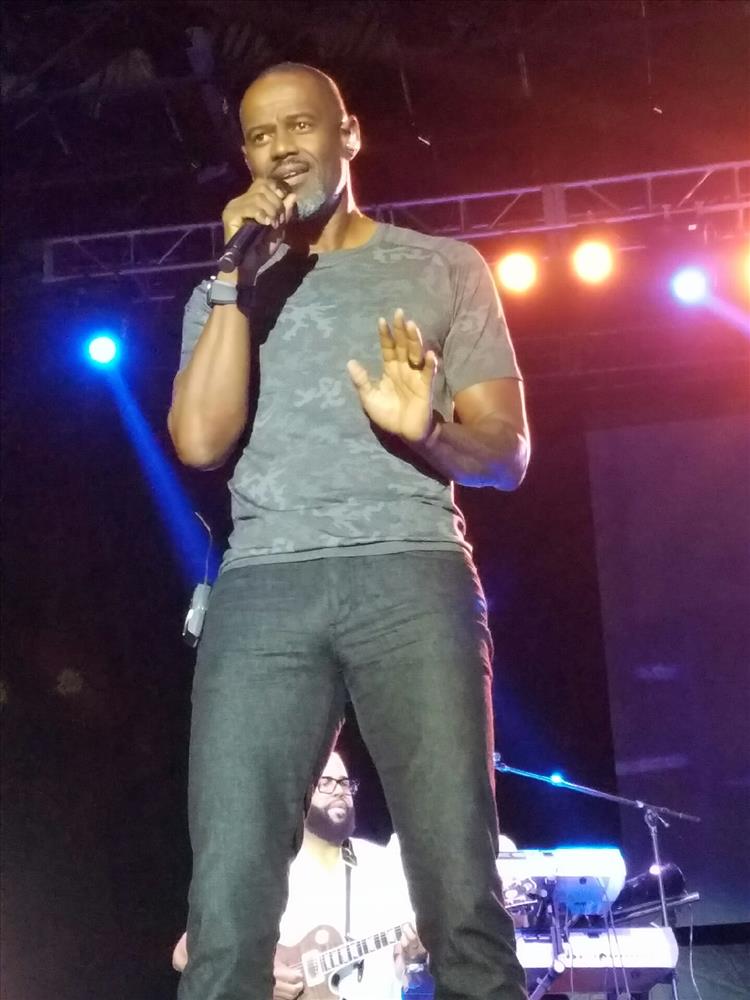 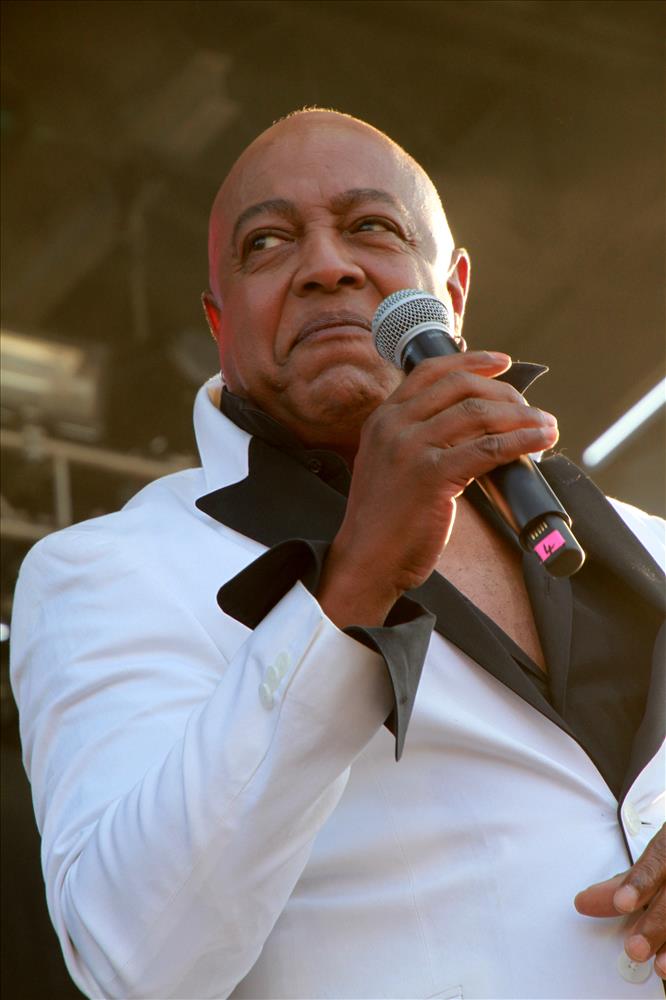 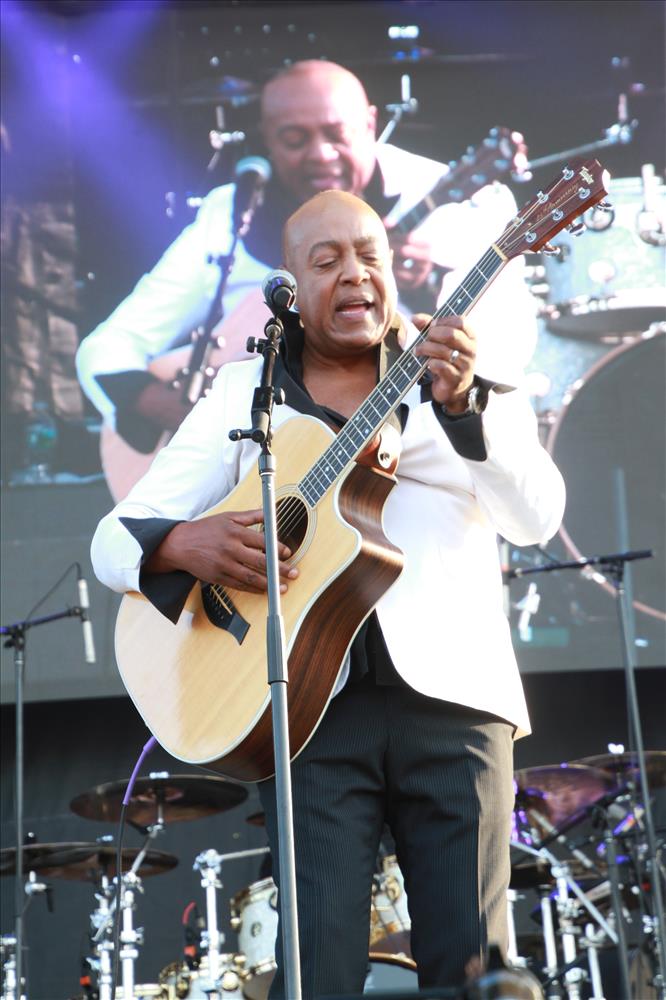 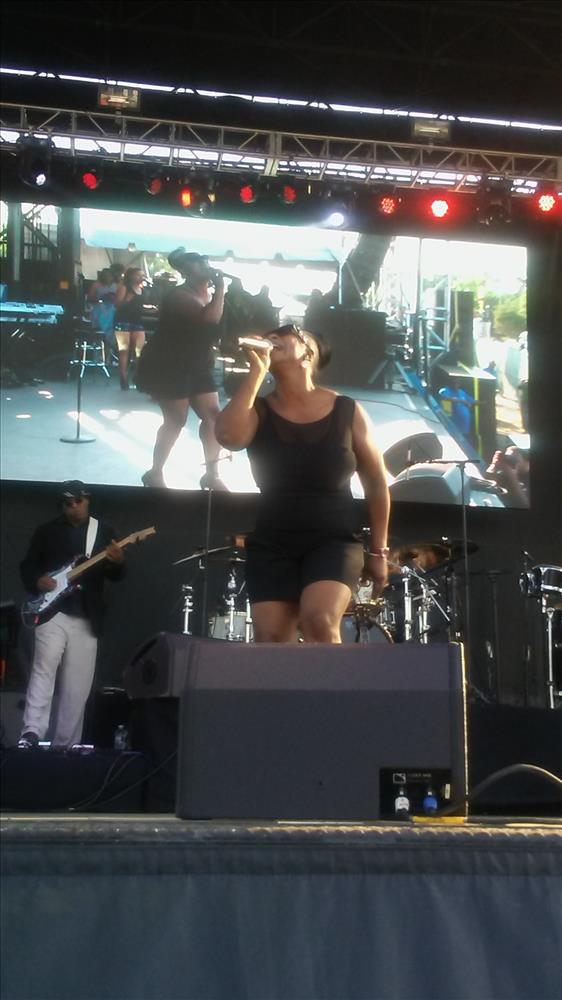 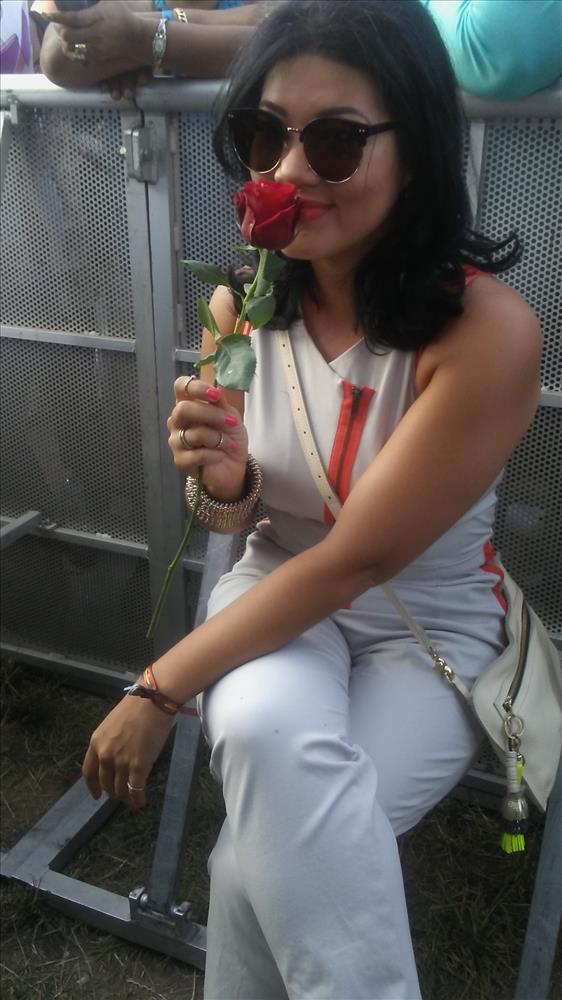 Tessanne Chin at Groovin in the Park 2016 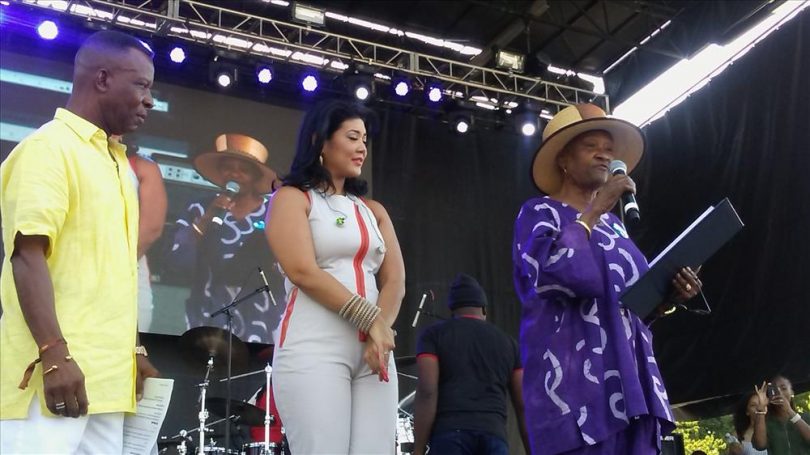 Tessanne Chin performing at Groovin in the Park 2016 Toots Hibbert performing at Groovin in the Park 2016

Queens New York City:  Groovin in the Park is a major music event in NYC. However, it is more than a just stage show, it’s an event, And, as such the major ethnic Reggae and Rhythm and Blues music festival music has now transitioned from a local show to an international event. This annual Reggae and R&B music attraction has become a brand marketed product. the 2016 edition of Groovin In The Park was historic and memorable. As Christopher Roberts, CEO of Groovin Inc, noted, “It proved to be our most successful year yet… based on our initial reading, we are confident to say this is our biggest,”

Groovin, formatted like the now defunct, hugely successful Jamaica Jazz and Blues festival showcased superbly blended music genres, the past and present a well-balanced artist package into a nice fit. Rhythm and Blues’ best Brian McKnight, Peabo Bryson and Regina Belle, Reggae and Ska’s finest, the iconic Toots Hibbert and the Maytals, lovers rock king Beres Hammond, the man from August Town Duane Stephenson, NBC’s the voice season five winner Tessanne Chin, and impromptu performances from Johnny P and Tiger, both of whom injected a bit of dancehall flavor into the night.

As this reporter peered out far as eyes could see the 20,000 strong massive from near and far, Delaware, New Jersey, Pennsylvania, Washington Maryland Connecticut, Boston and Virginia, Jamaica and New York City, Caribbean nationals and their African American counterparts were treated to musical magic in Queens, New York by some of the reggae and R&B.

Toots Hibbert of The Maytals, and Tessanne Chin, were presented with Congressional Proclamation for their accomplishment in music from the office of Yvette Clarke, 11th Congressional District, New York by former Brooklyn Councilwoman Una Clarke of Proclamation at the end of their sets.

Surprised Tessanne Chin, could hardly contain herself as tears of joy that streamed down her face. “It was an incredible honor and surprise to have been presented with a proclamation. I am extremely touched and proud to have received this…to the audience she said I couldn’t never have done this without you. I continue on with my career because of your encouragement and support. I appreciate it,”

When I walk into the park the sea of umbrellas shielded many from scorching rays of mother nature’s summer sun. Weather-wise, the temperature blazed. On stage, the man from my one of home towns, August Town Duane Stephenson was on stage closing his set.  There was MC’s New York WBLS 107.5 FM’s Ann Trip, who pulled double duty from the night before on Ziggy Marley, Maxi Priest, Steel Pulse and Ed Robinson concert at the Amphitheater on the Boardwalk in Coney Island, Jamaica’s Mello 88.1 FM’s Reggae radio royalty Barry G, and supported by New York’ WVIP 93.5 FM ‘Groovin Radio’ Ras Clem.

Tessanne Chin
Next up was the winner of NBC season Five ‘The Voice Tessanne Chin. Her vocal dexterity was enthralling and her performance scintillating. She grooved the park with classic soft rock, pop, rock steady, Ska and reggae hits such ‘Lifeline’, ‘Tumbling’ ‘Down’ a nyabinghi flavored “Redemption Song’ Aretha’ Franklin’s ‘Respect’ WBLS’s Ann Trip dance and sang along w/Tessanne “Hideaway’ and ‘Bridge Over Troubled Water.’ While many were pleased with Tessanne set to others received is lukewarm.

Toots Hibbert
Legend Toots Hibbert, whose rescheduled Groovin in the Park performance was three years delayed was ever the master showman. Toots, even when he isn’t at his best, the case here, is still a cut above the rest. He missed his 2013 inaugural debut due to an injury he received while performing in Virginia. I spoke with his bassist, son Hopeton Hibbert, who told me the maestro changed his show line up. His normally more upbeat show gave way to a slower tempo set. With songs that have transcended era, three genre and generations, he showed no signs of age, as he celebrated his 60th year in music and the 50th year of Rocksteady music.

Toots opened with ‘Dog War’ then he dropped the hammer on ‘Pressure Drop”, the crowd started dancing and singing along on this one word for word. Toots chided Jacqueline for her “Prompts and Pride”, show how his dance moves were on his 1969 Jamaica festival song “Sweet and Dandy”, as he moved to “Funky Kingston” along the “Country Road” heading towards “Peace Perfect Peace” if it would bring a “Bam-Bam”. Toots never forgot that she was hugging up a big “Monkey Man.’ His rousing performance had the groovers reliving the Ska days. Many patrons could be seen ‘dropping a leg’ and dancing the Ska, as MC Barry G brought the 1960’s energy of Ska to life with vivid demonstration during Toots set. Toots closed with his signature song, an ode to him being framed and imprisoned “5446.”

What continues to be amazing is that even in his 70’s, Toots is a restrained ball of energy, had the large crowd moving and grooving. And, his voice has not loss any of its force or resonance. Hibbert had me in awe, throughout set he held his mike at waist level yet his voice carried strong and powerful.

Regina Belle
Regina Belle opened the R&B/soul segment with energy. Belle, who is celebrating over 30 years in the music industry, opened her short set but energetic with the Phyllis Hyman Classic “You Know How To Love” then she pleaded with her lover to “Make It Like It Was” but not before she implored “Baby Come To Me.”  She handed off to Peabo Bryson.

Peabo Bryson
California’s Peabo Bryson, a favorite with Jamaicans throughout his successful 35-year career that has garnered him Grammy Awards among other accolades, was a soul’s music mister lover groove.

Displaying his unique and soulful gospel-driven vocals, that has made him become a household name, throughout his 45-minute set the romantic crooner thrilled the audience. His hits songs included “Tonight I Celebrate My Love”, “Can You Stop The Rain”, and “Ain’t Nobody Love Me Better”.

Midway through his set, Bryson segued into a cover of Sade’s ‘King of Sorrow’.

A crowd-pleasing moment occurred when Regina Bell joined onstage Peabo Bryson for a rousing rendition of the classic, “A Whole New World”. Bryson delighted the females in the audience at the close of his set when he handed out roses to them.

Beres ‘Cujoe’ Hammond
It is safe to say Dennis Brown is the most loved and adored singer in Jamaican music history, well, Beres ‘Cujoe Hammond is giving Brown an Usain Bolt like run to equal Browns adulation and love. To his legion of fans, the world over, Beres ‘Cujoe’ Hammond can do no wrong. It was the same for Groovin in the Park.

The king of orgasmic lover’s rock, once told me that he gets special excited feeling in his stomach seconds before he hits the stage, well, he transferred that feeling in reciprocal manner for 60 minutes, to his loyal fans at the Groovin’ In The Park.

Ever the consummate performer, Beres’ hour-long set, for the audience, was the pie`ce-de résistance of a show that was filled with highlight entertainment. Hammond occasionally joked and, at times seem to playing host to his audience as frequently conversed with them. But singing is what Beres is all about. The soulful singer mesmerized his minions with his melodious, honey-dipped sand paper voice. ‘Cujoe’ the country boy from Annatto Bay, St Mary took them on a stroll down memory lane with hits and classics such as the uptempo “One Dance” and “She Loves Me Now”, “Groovy Little Thing”, “Can You Play Some More”, “Putting Up Resistance”, “They Gonna Talk”, “Love Means Never To Say You Are Sorry”, (a favorite of Mine) “Come Back Home”, “No Disturb Sign”, and “I Fell Good”.

There came a special moment. Beres saw Tessanne Chin in the press pit grooving to his rhythms, he invited her on stage to join him in a duet on his infectious hit “Step Aside”.  The audience erupted into fever pitch at the sight of the King of Lovers Rock and The Winner of NBC ‘The Voice” performing together.  A rare and special Groovin New York moment.

As is the tradition, Hammond on his hit “Rock Away”, paid tribute to some of reggae’s fallen great singers, including John Holt, Dennis Brown, Alton Ellis, Delroy Wilson, Gregory Isaacs and Bob Marley, much to the delight of the sing along crowd.

With time running a bit late, a 45-minute band change, and NYPD Blue’s finest, many of whom I observed rocking to R&B and Reggae all day, waiting to close the park, the thousands of patrons in the Roy Wilkins Park, were not to deter nor would they be disappointed.

Brain McKnight
The splendidly chiseled, the six foot something Brain McKnight segued into his more popular hits. From “Back At One”, “Anytime”, “Find Myself In You”, “You Should Be Mine”’ “One Last Cry”, and “Love Of My Life”, fans sang and danced along to McKnight’s hits. Even after nine hours of non-stop entertainment, there was no sign of fatigue as patrons began exiting the venue, still singing along with Knight.