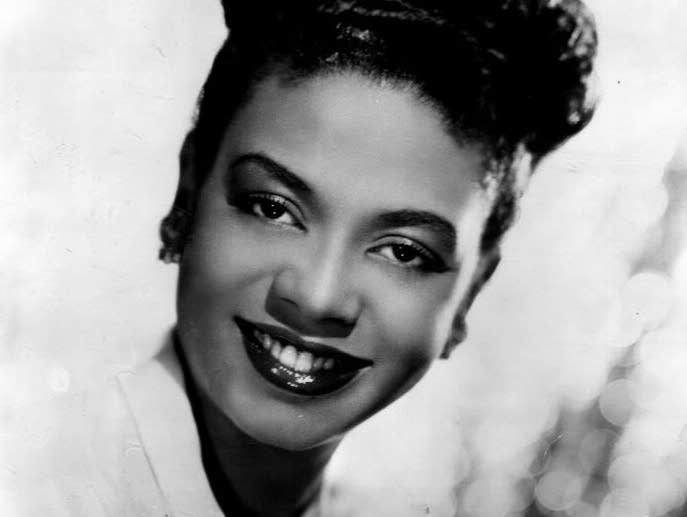 Hazel Dorothy Scott was born in Port of Spain, Trinidad and Tobago in 1920. Her father was a West African scholar from England, and her mother was a music teacher and classically trained pianist. She
moved to New York City in 1924, settling in Harlem with her mother and grandmother. A child prodigy, she was given scholarships to attend the prestigious Juilliard School when she was eight years old. As a teenager, she performed at Café Society and on the radio while still attending school. Scott’s mother formed the Alma Long Scott All-Girl Jazz Band in 1933 in which Hazel played piano and trumpet. A popular jazz singer in the 1930s and 1940s, she was the first Black American to host her own television show, The Hazel Scott Show, in 1950. In addition to being an acclaimed American classical and jazz pianist, Scott used her influential platform in the arts to speak out against racial discrimination and segregation and to improve the way Black Americans were portrayed in the movies. After her career was negatively impacted following her testimony before the US House Un-American Activities Committee during the McCarthy era, she moved to Paris in 1957 and performed in Europe. She did not return to the US until 1967. In 1945, she married US Congressman Adam Clayton Powell; they divorced in 1960.