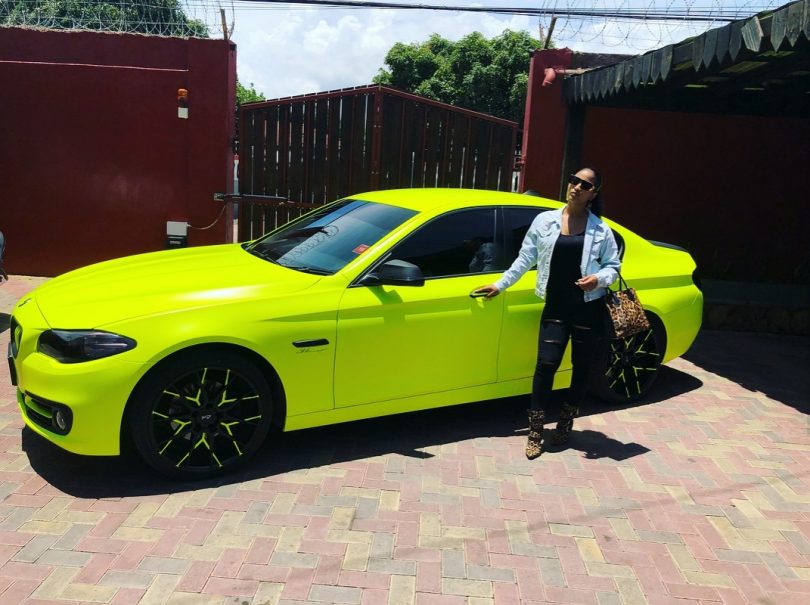 Hero of the Week is the award for best individual performance of the week or just someone doing something positively that we think deserve a big up. While zero of the week goes to the person who do something stupid or someone who just get caught up in some drama.

This week we didn’t have to go searching for the hero and zero because they came right to us. Our first hero of the week goes to recording artiste Shenseea.

We often hear that; hard work brings success or if you want good yuh nose affi run. Chinsea Lee better known as Shenseea is no stranger to hard work since she came on the scene in early 2016 with her debut single ‘jiggle jiggle” Her Career took off like lightning Bolt and she hasn’t look back since despite the naysayers.

On Wednesday, the artiste posted her new 2018 Benz with caption “Me coulda hardly pay fare pon bus me step ina. 2 years later me deh yah push me own Bimma” A true rags to riches story. Zero of the week goes to Gospel recording artiste Chozenn who came under heavy critics from social media comment committee as well as some Christians for his new single Jesus Name Mi Bawl Out.

The song is a remix of the popular secular hit (well slack), “Bawl Out” by dancehall artiste, Dovey Magnum. (You can listen both and YouTube and let me know what you think.) As the host of the gospel train on koffee radio this is not a song I would play, I personally believe that gospel music should be uplifting, it should give you hope, you should feel bless or some spiritual connection. If you haven’t heard the original song I’m sure you will say it’s a well written song but when you know the original version it’s very hard to really focus on God. I’m just hearing Dovey a bawl out so it’s a straight zero for me.