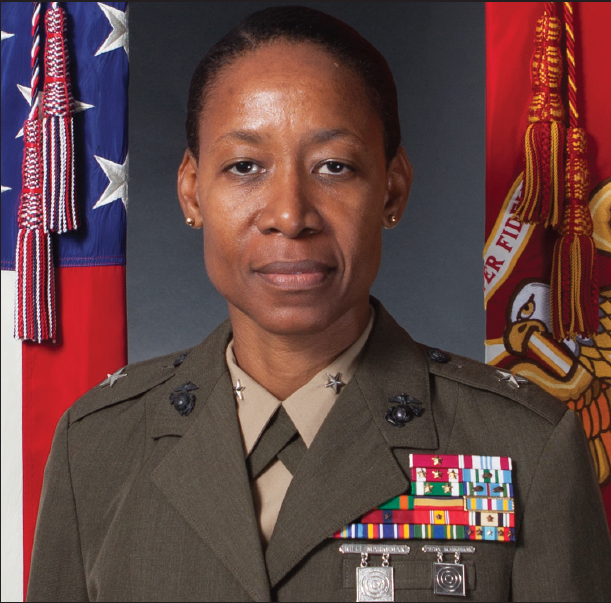 Major General Lorna Mahlock, who was born in Kingston, Jamaica, made her mark on history when she became the first Black female two-star general in the United States Marine Corps. Mahlock was nominated by US President Joe Biden at the beginning of December 2022 and received approval from the US Senate for her promotion on December 15, 2022. Mahlock has been serving as the deputy director of cybersecurity for combat support at the US National Security Agency (NSA).

Rob Joyce, the director of cybersecurity at the NSA, expressed his congratulations to Brigadier General Lorna Mahlock on Twitter as he confirmed her promotion. He described her as “an awesome leader” and “a great partner” and noted that she was “blazing a trail” by becoming the first Black woman to achieve the rank of a two-star Marine general.

Mahlock has reached several major milestones during her career, including reaching the rank of a one-star brigadier general in the Marine Corps, the first Black woman to achieve that position. Mahlock was also the first woman appointed as the chief information officer for the Marine Corps.

She was just 17 years old when she immigrated to the United States from her home in Jamaica and enlisted in the Marine Corps three months after arriving. She attended Marquette University and has earned several master’s degrees. During her career, she served as an air command and control officer and as director of the Marine Corps Instructional Management School.

The percentage of women serving in the Marine Corps, one of the smallest branches of the US military, is the lowest of any military branch with only nine percent. However, the Marines have implemented significant changes for women, such as allowing them to serve in combat, a role that was denied women until 2016. Mahlock acknowledged seeing that barrier to women’s service eliminated during her career, noting that women now fly strike aircraft and are members of the infantry, artillery, and tank corps. She said the Marines were working to build the best possible force, regardless of gender or ethnicity.

The promotion of Mahlock follows that of Lieutenant General Michael E. Langley, who became the first Black four-star Marine Corps general in July 2022, the first in the Corps’ 246-year-long history.