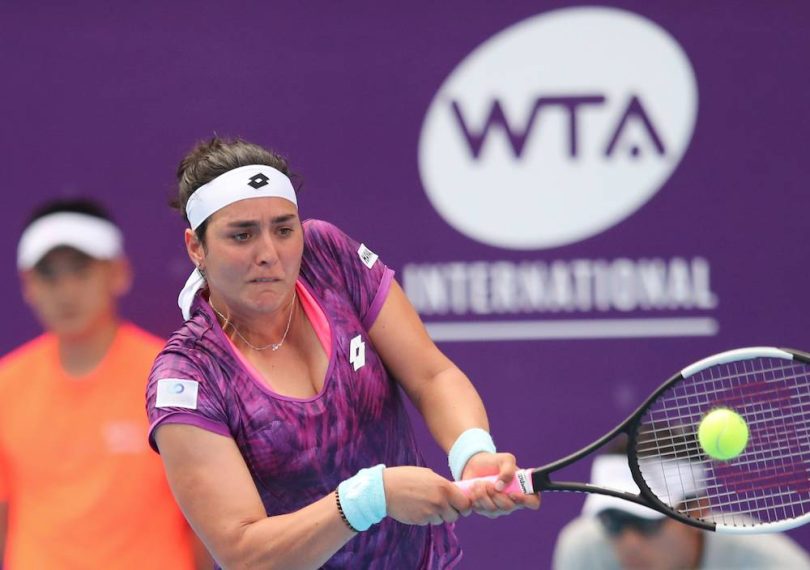 Ons Jabeur, the Number 1 Tunisian professional tennis player who was ranked Number 2 in the world by the Women’s Tennis Association (WTA), is also the highest-ranked African and Arab tennis player in the history of the WTA and the Association of Tennis Professionals (ATP). She is the first African woman and the first Arab or North African player in the Tennis Open era to reach a Grand Slam singles final. Although she lost to Elena Rybakina in the final, Jabeur has made her mark on professional tennis history and raised the spirits of the entire African continent in London with her historic participation at the Wimbledon finals.

Speaking to Jonathan Jurejko of BBC Sports at Wimbledon after her defeat, Jabeur said she was disappointed to lose her first Grand Slam title, but noted that she always tries to look on the bright side of things, which will help her get over the loss. She said that in tennis there has to be one winner and one loser, and this time she was the loser, but staying positive is the attitude she strives for. She then quoted “Three Little Birds” by reggae legend Bob Marley, saying “’Don’t worry, because every little thing is going to be all right!” She added that she does not want to waste her “wonderful two weeks” at Wimbledon just because she lost in the final.

Jabeur cited her appreciation for having a positive team surrounding her, including her coach and her husband, and she believes that she has improved and grown through the experience at Wimbledon. She especially noted that American tennis champion Serena Williams gave her the confidence to know she can win. Williams selected Jabeur to play doubles at Eastbourne and encouraged her to try for Wimbledon.

“Three Little Birds” was released by Bob Marley and The Wailers in 1977 on the album “Exodus.” The inspiration for the song remains in dispute, with some believing it was inspired by real birds that used to fly over Marley’s home and land nearby. According to Tony Gilbert, a long-time friend of Marley’s, Bob Marley observed life, and he remembered the three little birds, pretty canaries, that would come to his windowsill at his Hope Road residence. The I Threes, the three female singers who performed with Bob Marley, say the song refers to them. Marcia Griffiths, one of the I Threes, said that after he wrote the song, Marley would always refer to the singers as his “three little birds.”

The song was not released as a single until 1980 and reached Number 17 on the charts in the United Kingdom. While it did not reach the Top 10, it is one of Marley’s best known and most popular songs, and many artists have covered it, including Robbie Williams, Billy Ocean, Bob Marley’s son Ziggy Marley, Connie Talbot, Jason Mraz, and Maroon 5.

“Three Little Birds” has often been used by football fans to keep their hopes alive. Fans of the Plymouth Argyles sang the chorus in a match versus the Wycombe Wanderers in 2015, and in 2016, Liverpool fans sang it as they followed the team across Europe. The song is frequently heard at Liverpool home games to this day.

The song has not lessened in popularity since its release. Bob Marley’s daughter Cedella Marley, has based a theater production and a book – “Every Little Thing” – on the iconic tune. In the summer of 2022, the production of the musical, “Three Little Birds,” was staged in several venues to share Bob Marley’s message of peace and love with a new generation.