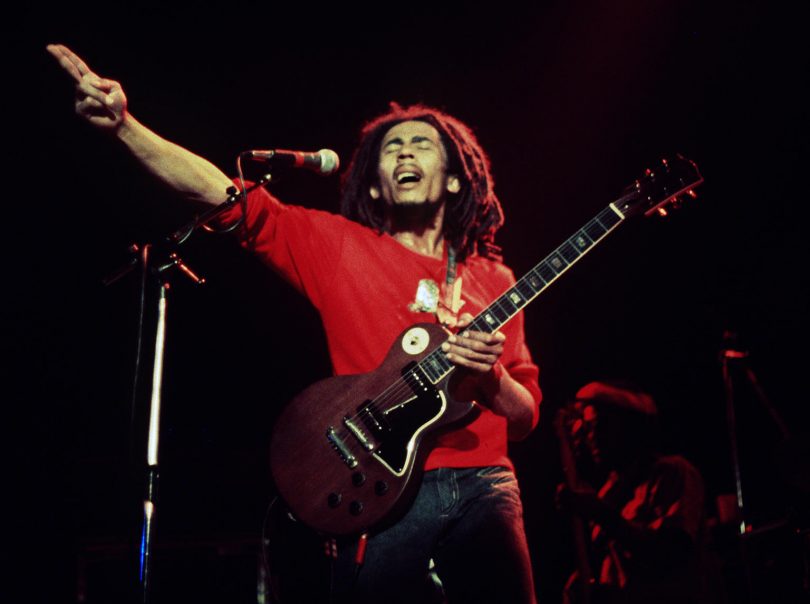 After the murder of George Floyd at the hands of police in the summer of 2020, many celebrities have used their influence and media reach to protest racial injustice. Cedella Marley, the daughter of Jamaican reggae icon and social activist Bob Marley, said that if he was alive, her father would certainly be among those raising their voices in protest. In an interview with Rolling Stone magazine, Cedella Marley, 52, said that her father “would be on the forefront protesting, he would still be speaking up for those who aren’t being heard.”

She went on to tell Rolling Stone that her father wanted people to unify and create a world where they were not divided. She said, “He would have been frustrated that something like COVID-19, that should have brought us closer, exposed many other pandemics — a cultural pandemic, a race pandemic [and] a gender pandemic.” Her father was “for the people,” she continued, noting that his message continues to “transcend ages, generations, race, and gender” because he spoke the truth. “He wanted a world that sees no boundaries, no hierarchy, no division…something we all still strive towards and hope for someday,” she said.

Marley died in 1981 at the age of 36. February 2020 was the 75th anniversary of his birth, and the year has been “all about” celebrating him via “activations in honor of his legacy,” Cedella said. She went on to say that no one had anticipated the COVID-19 pandemic or the global devastation and social unrest that unfolded during the year, but this environment made it “crucial” for the Marley family to use its platform and partnerships “for the greater good in helping lift others more than ever, not just with his music and message, but with real concrete actions, too. Social justice has always been a central philosophy for the Marleys, and she said they were excited to continue their celebration of Bob Marley’s message of love and unity during these challenging times.

The Bob Marley Foundation has partnered with Wrangler to donate $25,000 toward “Education, Music & Culture, Environmental Protection and the health and well-being of the Rastafarian community.” In July 2020, Stephen Marley, eight-time Grammy Award winner, and his son Skip Marley, also an accomplished musician, produced a new version of the classic Bob Marley hit “One Love,” which was released on July 17.  While Bob Marley wrote the song 40 years ago, Cedella said in an Associated Press interview, but that it felt like the world needs to have “some different type of unity happening. Not just lip service, but real action.” The family wanted to bring the song to “a generation that needs to know we do care” what happens and that “hopefully the message will resonate.”

All the proceeds from the new version of “One Love,” which was released by Tuff Gong International and Amplified Music, will go to support UNICEF’s international campaign for coronavirus relief efforts, Reimagine, an initiative that seeks to help children around the world. According to Stephen Marley, the song is special because of its message of equality. “It doesn’t matter the color, creed or social status or anything like that. It’s appreciating the human family. ‘One heart, let’s get together and feel all right.’ It’s a very important statement to my family.”