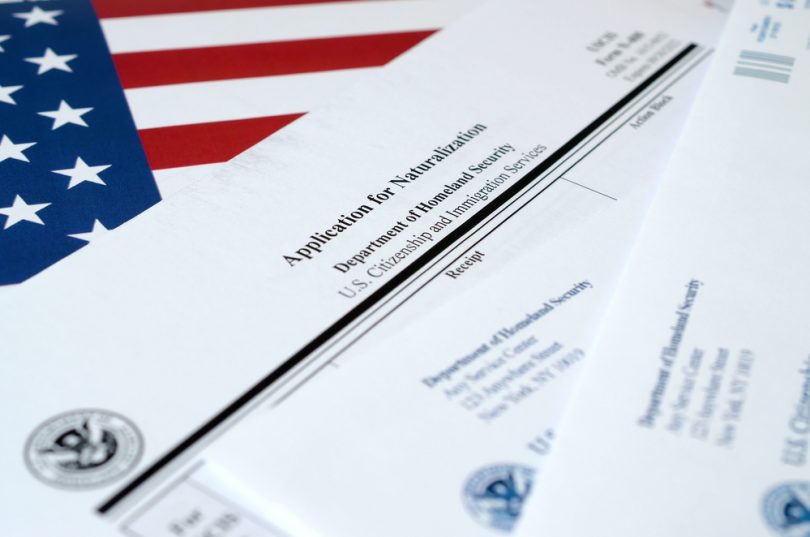 Hello everyone.  Today I have some good news.  Most of you are aware that USCIS/DHS was going to implement a fee increase starting 2 October 2020.  That fee increase would have a profoundly negative impact upon those seeking immigration benefits in the USA.  Previously I wrote a piece about the fee increase and how much more certain applications would cost.  For those with limited income, such fee increases mean that many individuals would not have the money to file for US citizenship, legal permanent residence in the USA and other US immigration benefits.

The United States District Court, Northern District of California has entered an injunction, enjoining DHS/USCIS from implementing the fee increase on 2 October 2020. The style of the case is Immigrant Legal Resource Center, et al., Plaintiffs v. Chad F. Wolf, et al., Defendants (case No. 20-cv-05883-JSW).  The decision was rendered on 29 September, just two days before the scheduled fee increase.   The Court’s injunction mans that the fee increase cannot be implemented by DHS/USCIS on 2 October 2020.

The court was persuaded that an injunction was necessary for important legal reasons.  Among the persuasive arguments put forward by the plaintiffs were “The Final Rule (fee increase) must be set aside as contrary  to law because neither Mr. McAleenan nor Mr. Wolf were lawfully serving as  Acting Secretary when the NRPM and Final Rule were issued  Plaintiffs argue the appointments: (1) were not effective under the relevant provisions of the Homeland Security Act (“HAS”); and (2) violated the time limitations on service contained in the Federal Vacancies Act (FVRA”)”.

The court made some important findings in support of the injunction, among which were (1) “By failing to consider the combined impact of these rules, DHS either failed to consider an important aspect of the problem and disregarded “inconvenient facts” about the combined impact of these rules, Fox, 557 U.S at 537, or DHS reached a conclusion that defies common sense”. (2) “ Plaintiffs  persuasively  argue that the public interest would be served by enjoying or staying the effective date of the Final Rule because if it takes effect, it will prevent vulnerable and  low-income applicants from applying for immigration benefits, will block access to humanitarian protections, and will expose those populations to further danger”. (3) “The Court concludes the public has an interest in avoiding overreach of Executive Power with respect to appointments that require the informed consent of the Legislative branch”.

As a result of the injunction USCIS cannot implement the fee increase on 2 October. Therefore, those of you who were resigned to not being able to file before the fee increase, or those of you who thought you cannot afford to file may now be able to file various immigration applications and petitions after 2 October with the current fee schedule in effect.  So, get moving and file those applications!   Of course, DHS/USCIS will challenge the injunction, but that will take time.  In the meantime, the fee increase will not be implemented.  Try no miss dis!

If you have any questions on US immigration law or need representation in a US immigration law matter, please contact me.   I may be contacted as follows: via telephone at (305) 648 3909 or via e-mail at [email protected].  In the meantime, until my next article, walk good.

Photo by rupixen.com on Unsplash