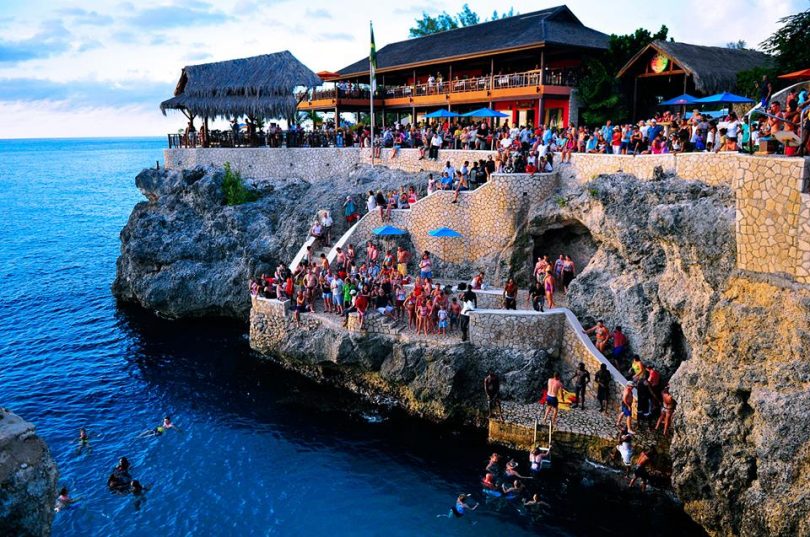 Rick’s Cafe in Negril, Jamaica, has been listed among the Top 50 Bars in the World by Insider Travel. The iconic drinking establishment is famous for its spectacular sunset panoramas and the view of people diving off the surrounding cliffs. The bar is located on the cliffs overlooking the Caribbean Sea and is popular with those wanting to dive some 60 feet into the waters below. Rick’s was founded in 1974 by Richard Hershman when Negril was just a sleepy fishing village that lacked many amenities, like telephone, hot running water, and electricity. The property was originally owned by a local physician who was the son of the first Governor General of Independent Jamaica. Rick’s was the first public bar and restaurant of its kind to open on the West End Cliffs, and from the start, one of its main attractions is the view of the sunset from the natural cliff formations. For over 40 years, Rick’s Cafe has managed to retain much of its original ambiance, despite being completely destroyed by Hurricane Gilbert in 1988 and again 16 years later by Hurricane Ivan, when waves measuring 60 to 80 feet in height washed over the grounds. Even after suffering the tremendous damage from these two major storms, Rick’s was rebuilt each time, bigger and better than before and remained a popular destination for both locals and visitors. No wonder it made the Top 50 list.