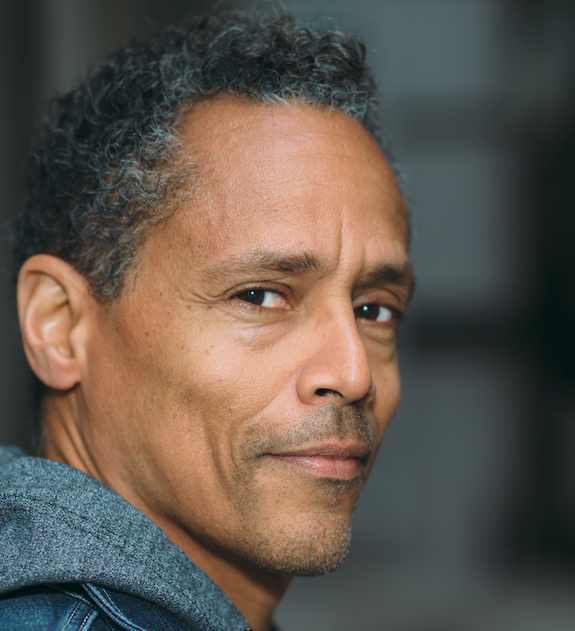 Peter Williams was born on December 31, 1957 in Kingston, Jamaica. He is an actor and writer, who currently resides in Canada.

The majority of Peter’s work has been in television, including his role as the primary villain “Apophis” in the first four seasons of Stargate SG-1. He had a few television appearances thereafter in DaVinci’s Inquest (two seasons) and Neon Rider (all seasons). He has also appeared on the big screen in films, such as Catwoman (2004) and The Chronicles of Riddick (2004). His brother, Stephen, is also in the entertainment business, having directed several episodes of television shows including Dark Angel, Crossing Jordan, and Lost.

In 1995, two years prior to Stargate SG-1’s premiere, Williams was nominated for a Best Actor in a Leading Role Genie Award for Soul Survivor (1995). Peter co-starred that same year in Jungleground with three other actors from the Stargate franchise: Torri Higginson (Elizabeth Weir), J. R. Bourne (Martouf), and Lexa Doig (Dr. Lam).

Most recently, he’s guest starred in the Toronto-shot series The Expanse (2015) and is proud of his lead role as Gene Wright in Frances-Anne Solomon’s acclaimed feature film A Winter Tale (2007).

1. Tell us how you got into acting and performing?
Exposure to Pantomime and Little Theatre in Kingston sowed early seeds. But it wasn’t until I set foot onstage, after University, in a Canadian Production of “Whose Life Is It Anyway” as a glib hospital orderly, that I “got the acting bug.”

2. You have quite an extensive list of movie and television credits. What was your favorite movie role? What was your favourite TV role?
Hard to pick a fave, but today I’m feelin’ “Pin” on Neon Rider – a long running TV show in Canada where I featured my natural Jamaican accent and grew dreadlocks over a five-year run. In movies I’m partial to my role as “Gene,” the central character in “A Winter Tale,” which put me onscreen at the Carib Theatre in Cross Roads, Kingston.

3. Is there an actor that you met on a set and you said to yourself, “Wow, can’t believe I get to meet ___.”
Working with Vin Diesel in “The Chronicles Of Riddick” allowed me to meet Judy Dench, Keith David, and Thandie Newton. And, I finally got to work with the one and only Carl “Jose” Bradshaw in a film called “The Skin.”

4. Are you still recognized by people on the street because of your role as the villain Apophis in Stargate SG-1?
Oh, yes. Of all my roles, this one was the most internationally syndicated. Sci-Fi fans are forever and I’m frequently recognized, despite elaborate costumery and make-up.

5. People sometimes get really attached and emotional about villains. What is the weirdest thing someone has said to you about that role?
Believe it or not, people will ask if I can really make my eyes glow! I tell them… “Yes, if you cross me.”

6. Tell us about “Hero” and your role in the film?
This role is a real blessing. The movie was shot and “wrapped” literally years before I became involved. A subsequent re-write added my character which turned into a crucial thread in the eventual edit. Too often, the experience can be quite the opposite, and you wind up on the “cutting floor.” HERO is a remarkable feat of storytelling and I’m very fortunate to be a part of the work.

7. What were your first thoughts when you read the script?
When I first became aware of the project I was utterly jealous because I wasn’t involved. I followed the trajectory via social media and hearsay. Ultimately, when I read the re-imagined script, I thought… “Gimme dat!” I am always keen to add to my catalogue of Caribbean work to keep my career balanced.

8. Most films have a few takes before getting it right. What is the funniest “blooper” in Hero that you remember?
This takes me back to question 5. People always wanna know about “bloopers” – HERO required a kind of reverence for the subject matter, but I was working amongst friends and can tell you it was fun recreating African locations and the English countryside in and around Toronto. If a “blooper” reel does surface, it will involve painted sheep and cardboard cut-out airplane windows.

9. Every performer can remember a performance that was a disaster. Have you had one of those yet?
One day I’ll tell all about my brush with what eventually became “Third World Cop.”

10. Who do you admire as an actor?
Currently I have great admiration for Mahershala Ali and an enduring appreciation for the legacy of Sidney Poitier.

11. Who is your hero?
It’s become a bit of a cliché, but I have to say Robert Nesta.

12. Do you have any other new projects in the works?
I’m focussed on an exciting project in Antigua this summer. Keep it locked.

13. What’s your favourite Jamaican dish?
No easy answer here, caw mi love mi belly! My a.k.a. is “Ackeelover” – but I would crawl a mile for some proper Run Down.

14. A Jamaican expression you use all the time…
“All who field and nuh get no bat,” “Mi nuh come fi count cow,” “humble calf drink the most milk,” “a true y’nuh know,” and lately “Abay!”

16. If I were not on an actor, I would like to be…
Perhaps a food critic, like the late Anthony Bourdain.

17. Thanks for the interview. Do you have any closing thoughts?
My pleasure. At the time of writing, we’ve screened at the Trinidad & Tobago Film Festival to great acclaim. Soon come Canada, United Kingdom, Ghana, South Africa. Looking forward to the United States of America and Jamaica in the not too distant future.