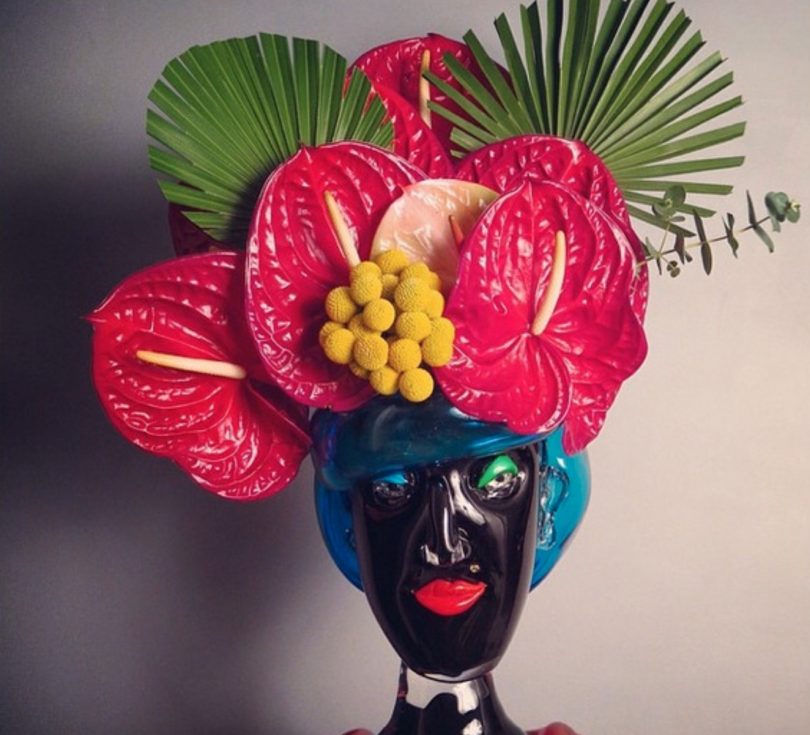 Born in Jamaica, artist Hugh Findletar’s Caribbean culture, traditions and legends are represented in his unique “Flowerheadz” artwork and imbued with highly distinctive character and style. His work has graced galleries, exhibitions, been commissioned by celebrities, and become a favorite of fashionistas around the globe. Findletar attended St. Theresa’s Preparatory in Jamaica before moving to New York City to continue his education. He began his artistic career as a photographer for high-profile fashion magazines. Even as he was capturing his unique concepts on film, he harbored a passion for horticulture inherited from his great-grandmother. It never occurred to him that one day he’d incorporate the two, but when he did the results were electrifying. 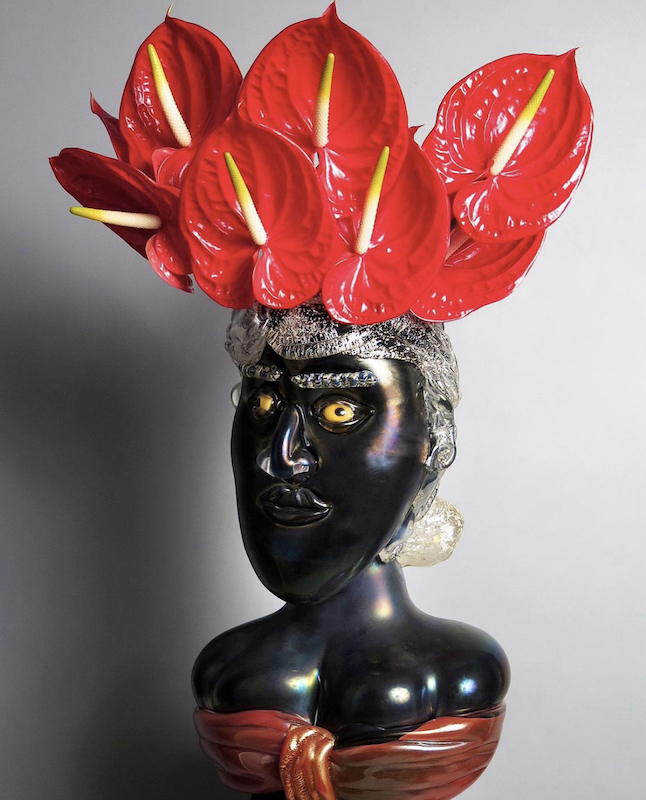 Introduced to the art of glassblowing in Kenya, the experience began an intensive exploration of the art form that enabled Findletar to produce African art with a Western flair. To hone his skills in the ancient art, his search eventually let him to Murano, Italy, home to the world’s most revered glass artisans.

The artist’s flamboyant “Flowerheadz” is a natural progression of his artistic skill and interest in horticulture. Findletar’s iconic “Flowerheadz” busts are also vases, representative of a client’s family member or the artist’s inspiration. Each has its own personality and the creations have found favor worldwide. The artist’s vision has expanded to encompass wall flowers and three-dimensional pieces crafted to be hung as wall art that are colorful and bold in scale.

Plans are in the works for a collaboration between Findletar and the French candlemaker Buly 1803 for a line of candles, along with customized tumblers. The artist has also been exploring the world of animalistic forms in his glasswork.

A highly prolific artist, Findletar works in multiple mediums and his early works are highly successful. However, it’s the friendly faces and humor contained within his signature “Flowerheadz” that have gained renown and popularity among people from all walks of life.