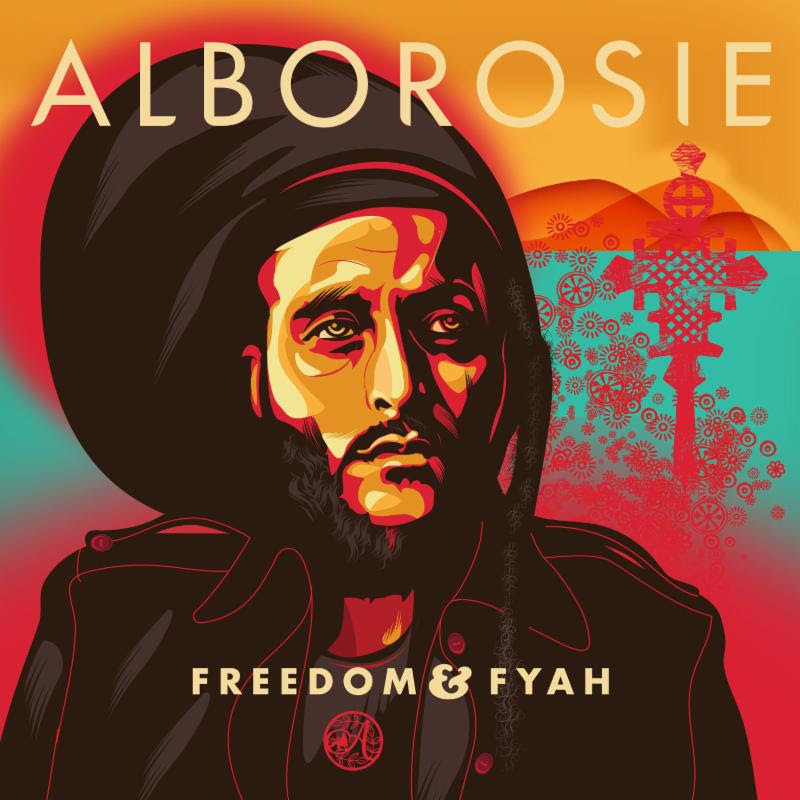 Reggae music is no longer confined by race, skin color or nationality. It always did have a global message, but the culture that it represents has now extended way beyond Jamaica. Alborosie’s success is symbolic of this new spirit sweeping the reggae world. The Sicilian born artist, who has spent over a decade living in Jamaica, delivers revolutionary songs with deep, heavy roots rhythms that have become his trademark. He is the complete package – a festival headliner who’s written, played and produced a succession of bestselling albums since his 2008 debut Soul Pirate, and now culminates in this latest set Freedom and Fyah (out today May 20, Greensleeves).

Alborosie explains that the new album has “a very strong dub influence, and with signs of dub-step and electronic music in some of the tracks.”  Lyrically, he covers similar topics, including love, revenge, politics and other social commentary. Freedom & Fyah delivers uncompromising Rasta lyrics, on blazing roots tunes “Can’t Cool,” “Judgement” and “Cry,” which derides the gunmen who’ve turned Kingston’s inner city communities into killing fields. “Poser” is a clear example of standing up for what you believe in and staying true to yourself, and  “Rocky Road” expresses fundamental truths like the cycle of life and death.

Alborosie has major guest features on the album including Jamaica reggae star Protoje on “Strolling” – explaining the true Rasta cadence -and Ky-Mani Marley (son of Bob) on the love song “Life To Me.” He also introduces rising artists like Sandy Smith on “Carry On” and Sugus (former back up vocalist for Dennis Brown and Gregory Isaacs) on “Zion Youth” and the EDM-influenced weed anthem “Fly 420.”