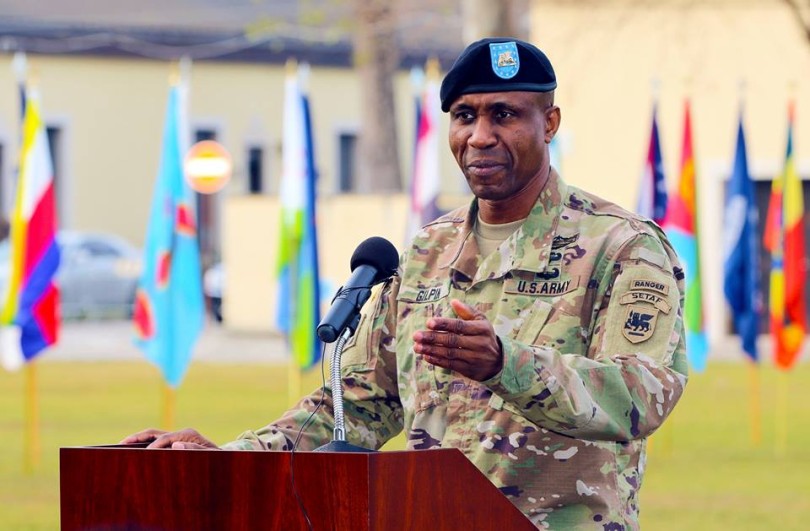 Command Sergeant Major Christopher Gilpin, who came to the United States from his home in Jamaica after high school, has spent the past 29 years in the U.S. Army. He enlisted in 1986m and since training Fort Benning, Georgia, he served in the infantry, taking every leadership position from team leader to command sergeant major. Sgt. Maj. Gilpin now adds to his list of accomplishment by assuming the position of Senior Enlisted Leader of the U.S. Army Africa. He was installed in the role at a change of responsibility ceremony on January 8, 2015, at the Ederle Hoekstra Field in Caserma, Italy. The ceremony, which gave Gilpin and his family to meet members of the Vicenza military community, was conducted by Maj. Gen. Darryl A. Williams, USARAF. Gilpin replaces Command Sgt. Maj. Jeffrey Stitzel. Most recently, Gilpin was Command Sergeant Major of the 3rd Infantry Division at Fort Stewart and has just returned from a 12-month deployment in Afghanistan. Williams said he was looking forward to working with Gilpin in his new position.