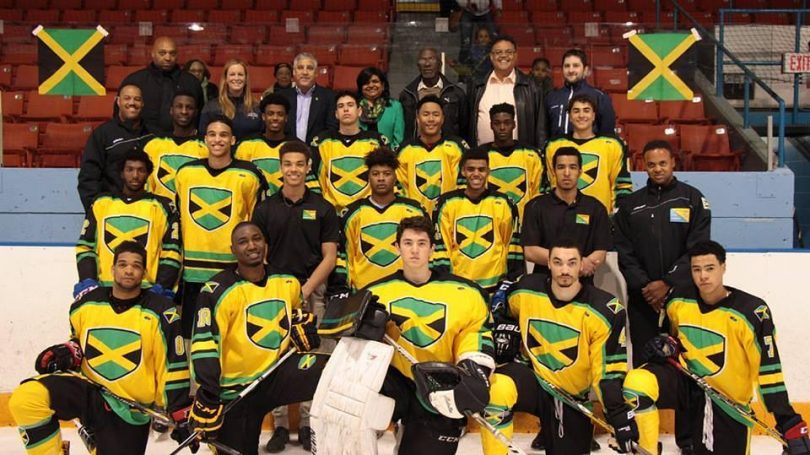 The Under-20 Olympic ice hockey team of Jamaica defeated the Nova Scotia All-Stars with a score of 5-1 in an exhibition game at the Dartmouth Sportsplex in Dartmouth, Canada. Jamaica’s team is the first from the Caribbean to become associate members of the International Ice Hockey Federation. Players on the team, which is preparing for competition at the Winter Olympics, are from the United States and Canada, but all have Jamaican heritage. The players themselves have significant ice hockey experience, having played the game their entire lives. Many play in the Ontario Hockey League (OHL). Recently, the team played against a competitor team comprising local players and community leaders of various backgrounds from the Halifax area. Graieme Townshead, a former player with the Boston Bruins, was born in Kingston. He is hoping the national team will make it to the Winter Olympics. Paul Palmeter of CBC says other events are scheduled for the Jamaican team, including trips to the Black Cultural Center for Nova Scotia and the Nova Scotia Sport Hall of Fame. The exhibition games are designed to gain participation in the sport by players from diverse backgrounds. The government of Nova Scotia provided $50,000 from the Nova Scotia 150 Forward Fund for the staging of the games.