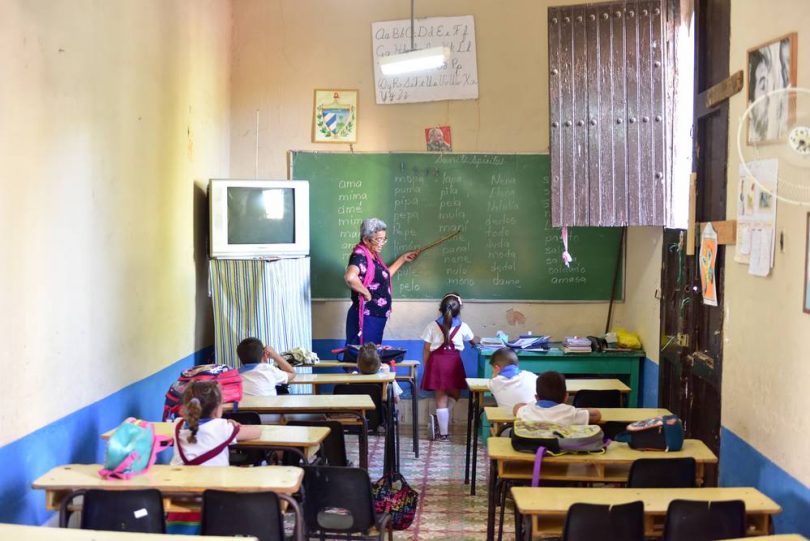 The Education Ministries of Jamaica and Cuba have entered into a new agreement that will allow them to provide mutual professional and academic aid. The original educational sector collaboration agreement was signed by the two nations in 1997.

According to the website of the Cuban Foreign Ministry (MINREX), Fayval Williams, Jamaica’s Minister of Education, Youth and Information, discussed the historical cooperative relations that exist between the two countries upon signing of the agreement. She also emphasized the significant contributions made by Cuban professors to public education in Jamaica, particularly in the Spanish language area. Williams made her remarks at the signing ceremony, which was held at the Ministry of Education, Youth and Information National Heroes Circle offices in Kingston. Williams said she was happy to see the program continue as it has resulted in improvements in the performance in subjects taught. The program has also contributed to improved diplomatic relations between the Jamaican and Cuban governments and allowed more students to be exposed to a second language. Williams also noted that Jamaican students have reaped significant benefits from learning from Cuban teachers, who share their experiences and expertise.

Ines Fors, the Cuban Ambassador to Jamaica, focused on the fact that the signing of the agreement signifies closer two-way cooperation between the two countries and a broader relationship overall. The “demonstrates our unwavering commitment to the development of sustained technical and functional cooperation programs,” she noted.

The agreement lists several primary areas of instruction, which include Spanish, chemistry, physics, mathematics, and physical education. There are currently 86 Cuban teachers working at 78 schools in Jamaica: 46 primary, 32 secondary, and four tertiary-level institutions. Eighteen teachers arrived on the island for the beginning of the academic year. Approximately 438 Cuban teachers and professors have offered their services to educational institutions in Jamaica since 1997.

The Cubaminrex web portal information added that the agreement, which will endure over a period of three years, but which can be extended, also endorses the cooperation both nations have enjoyed in the educational sector for almost a quarter of a century.