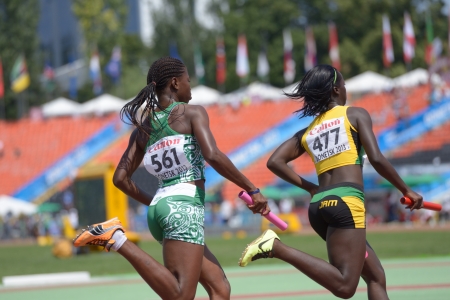 The Jamaican women’s 4×400-meter relay team received a medal upgrade for its performance in the 2012 Olympics in London. Jamaica will now have silver medal instead of the bronze as the Russian team was stripped of the silver due to a failed drug test by one of its members. Antonina Krivoshapka, 29, tested positive for a banned steroid called turinabol. The International Olympic Committee (IOC) has retested hundreds of samples stored from the 2008 and 2012 Olympic Games as part of its move to eliminate the use of banned substances at the global athletic event. In 2012, the United States took the gold medal, followed by Russia with the silver, and Jamaica with bronze. Novlene Williams-Mills, Christine Day, Rosemarie Whyte and Shericka Williams of the Jamaican relay team ran the distance in 3:20.95, which was their best time that season.