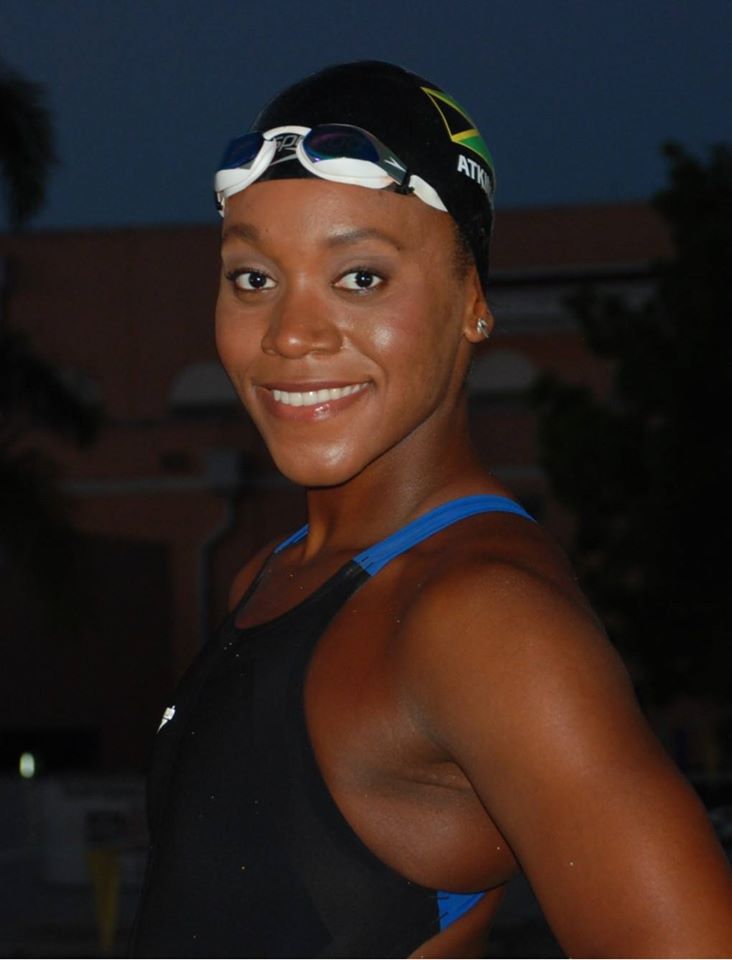 Jamaica’s Alia Atkinson, who is the first black woman to win a world swimming title, took eight-place in the 100-meter breaststroke final at the 2016 Olympic Games in Rio de Janeiro. Atkinson, 25 in her third Olympics appearance finished with a time of 1.o8.10 minutes. The Olympic appearance caps a list of achievements for Atkinson, who competed in the 2004 Olympics and the 2008 Olympics, where she finished 25th in the women’s 200-meter breaststroke. In 2007, Atkinson carried the Jamaican flag during the opening ceremony of the Pan American Games in Rio, and then set a Jamaican national record in the 100-meter butterfly at the Games. In 2010, she took first place in the 200-yard breaststroke competing for Texas A&M University at the NCAA Championships. Atkinson qualified for the 2012 Olympics 100-meter breaststroke finals, ultimately earning fourth place in the event, clocking 1:06:93. In 2014, she won the 100-meter breaststroke at the Short Course World Championships in Doha to become the first black woman to win a world title in swimming. She has been coached by Chris Anderson since 2001 and trains chiefly with the SOFLO swim team in Broward County, Florida, which is managed by Anderson. Atkinson was inducted into the International Swimming Hall of Fame in Florida, and after winning her world title, said she hoped that her success would encourage more support for competitive swimming in Jamaica and the Caribbean in the future.