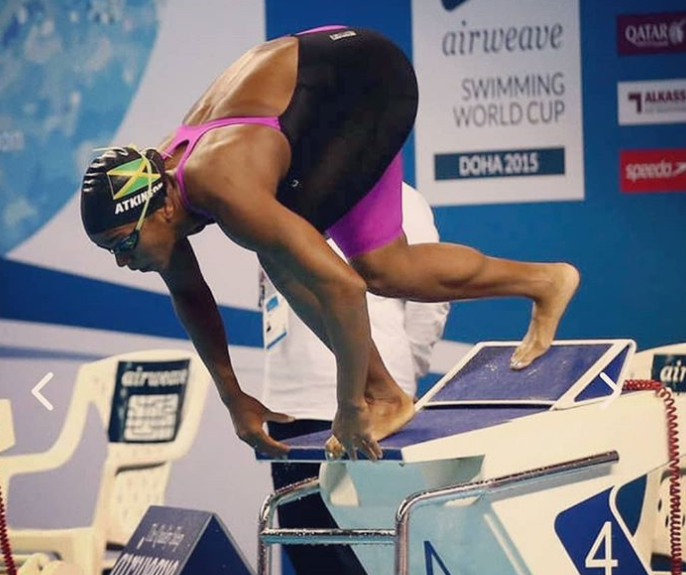 Jamaica’s swimming sensation Alia Atkinson, who just turned 30 on December 11, 2018, celebrated the milestone a day later with her first gold medal at the short course FINA World Swimming Championships on December 12 in Hangzhou, China. Atkinson won the 50-meter breaststroke gold with a time of 29/05 seconds, well under her world-leading time of 29.56 seconds, which she set in October 2018. Atkinson won the gold after previously taking three world championship silver medals. Commenting on her victory, the swimmer said she was “really happy” to have finally won the gold in the 50-meter competition. She went on to say that there are many stereotyped things said about age and having the win after just turning 30 was “really cool.” Atkinson defeated the challenge from her long-time rival Ruta Meilutyte of Lithuania, who came in second with 29.38 seconds. Italian competitor Martina Carraro took the bronze medal with 29.59 seconds. Atkinson competed at the 2004 Olympics in the 50-meter freestyle and the 100-meter breaststroke. At the 2008 Olympics, she finished in 25th place in the 200-meter breaststroke. In 2007, Atkinson carried the Jamaican flag in the opening ceremony of the Olympics in Rio de Janeiro. She set the Jamaican record for the 100-meter butterfly there. She won first place in the 200-yard breaststroke at the NCAA Championships, competing for Texas A&M in 2010.

Overview of Hangzhou City
Hangzhou is known as Zhejiang provincial capital, the center of economy, culture, science and education. The whole city owns 16,596 km2 total area and its permanent resident population is 8.844 million. Hangzhou stands out as a famous historic and cultural city and
a renowned scenic tourist city in China.