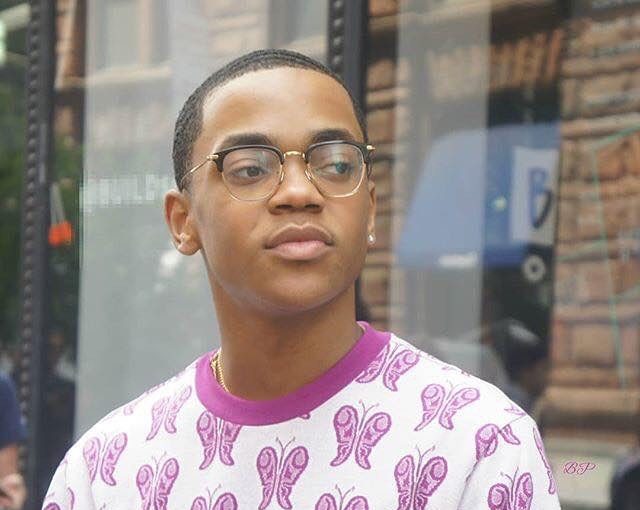 On September 22, 2000, Jamaican American actor Michael Rainey, Jr., was born in Louisville, Kentucky. He was raised on Staten Island in New York.

He is known chiefly for his portrayal of the character “Tang St. Patrick” in the Starz television network hit show “Power.” Rainey was also featured in a recurring role as “Michael Burset” in the Netflix series “Orange Is the New Black” and starred opposite Ice Cube in the 2016 film “Barbershop: The Next Cut.”

Rainey,18, started out performing in print and TV commercials for companies including AT&T, Target, and Toys R Us, and in music videos. He first appeared on television as a child on PBS’s “Sesame Street.”

In 2010, came his breakthrough film role as “”Charlie” in the Italian film “Un Altro Mundo.” He was seen by the Italian actor, screenwriter, and film director Silvio Muccino and writer Carla Vangelista in 2009 in the music video for “Regalo Pui Grande.” They cast him in the film at the age of nine. During the filming, Rainey stayed in Italy with Muccino, who also starred in the film, to prepare for the role and ended up becoming a fluent Italian speaker.

In 2013, he portrayed the lead character as a child in ”Lee Daniels’ The Butler” with Oprah Winfrey and Forrest Whitaker.

Rainey is currently based on Long Island, where he grew up, and is involved with numerous philanthropic organizations and activities, including the “Find and Feed” organization, which is based in Indiana. This entity is dedicated to helping the homeless population.
During the Christmas season, Rainey shops for and feeds the needy and purchases coats for the poor.

In his spare time, he likes to play basketball and video games. He enjoys spending time with his two terriers. He also loves music and plays the piano.