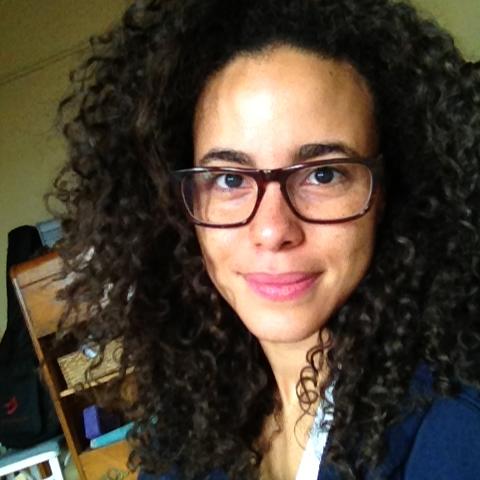 The actress portraying Meghan Markle in the Lifetime movie “Harry & Meghan: A Royal Romance,” Parisa Fitz-Henley, is biracial just as her character is, but the similarities in their lives don’t end there. Fitz-Henley says she and Meghan have had “a lot of similar life experience.” In an interview with the Huffington Post, the actress, 41, says she is “sillier” than the new member of the British royal family seems to be, but identifies with Meghan’s ambition and noted that their similar life experiences, and the fact that they both have acting careers, helped her to prepare to play the role. Meghan’s biracial background has had a major impact on her relationship with Prince Harry; the first time he confirmed his relationship with Meghan in public, he issued a statement that condemned racist and sexist comments about her. For Jamaican American Fitz-Henley, the experience of racism has also had an effect on her relationships. She described an incident from her high school days when she dated a white friend of her brother. She remembered that the boy’s parents accepted them being friends, but “were not OK” with them dating.”And the feeling of when people say you’re good enough for something but not everything is a lot.“ Fitz-Henley went on to say, “Looking at the way Meghan’s race was treated was like saying, ‘Sure she’s good enough to be on our TVs but she’s not good enough to marry our prince.’ I get it.” Having similar experiences was not the only reason Fitz-Henley wanted the role of Meghan in the film, however. She cites an interview with the former “Suits” star and Prince Harry did with the BBC. “It was really an enlightening interview, Fitz-Henley said, and she decided right then that Meghan would be an interesting character to play and told her manager that if there was to be a movie about the couple, she wanted an audition. The film tells the story of the couple’s romance and the challenges they faced by being in the spotlight. Fitz-Henley believes the public is fascinated by Prince Harry and Meghan because they are relatable. “It’s nice to see people who are like, ‘We can … you know, roast a chicken together and do those things, and then go and do some amazing things out in the world together because we really enjoy making an impact.’ I love that about them,” she said.