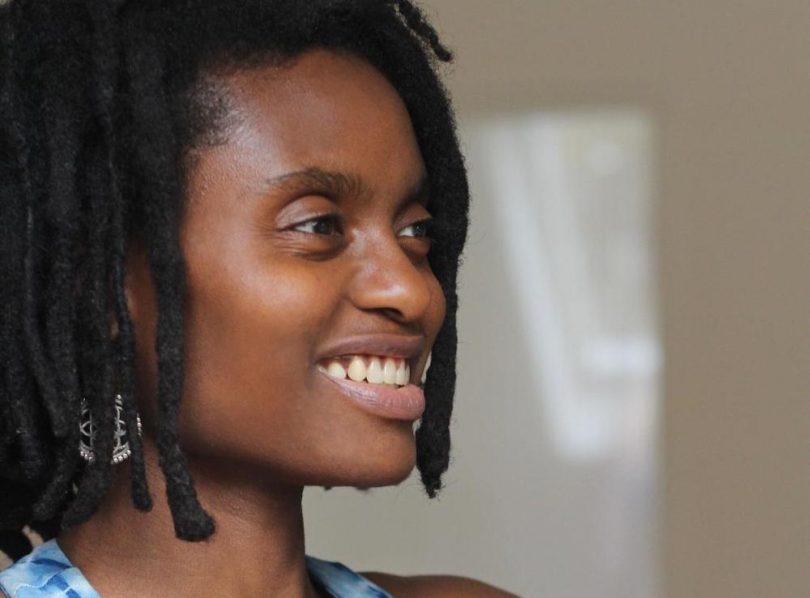 Akosua Aset is a Jamaican American practitioner, healer, and teacher of Kemetic Yoga, an ancient African form of Yoga that predates Indian Yoga. References to Kemetic Yoga, also known as Smai Tawi, are found among the hieroglyphics of ancient Egypt. Many of the world’s most prominent teachers of Kemetic Yoga are of Jamaican descent. Aset was raised in northern Germany, and in addition to being a practitioner of Kemetic Yoga, is a social worker, nutritionist, health and wellness consultant, and the mother of three.

In 2012, she was certified in Smai Tawi by the Sema Institute of Muata and Karen Ashby, and in 2013, founded Kemetic Yoga-Divine Livity while she was completing her certification as a nutrition, health and wellness consultant. She added the certification of Kemetic Yoga Teacher for children in 2020, as well as training in Afrikan Yoga, which included Hudu. Hudu is described by Aset as “a rhythmic flow that connects the physical and spiritual body with the elements to enhance the focus, fluidity, and our inherent manifestation powers.” Since 2012, Aset has hosted workshops in Jamaica, the United States, Germany, Austria, and Kenya, specializing in combining all of her skills in a single method of healing the mind, body, and spirit. 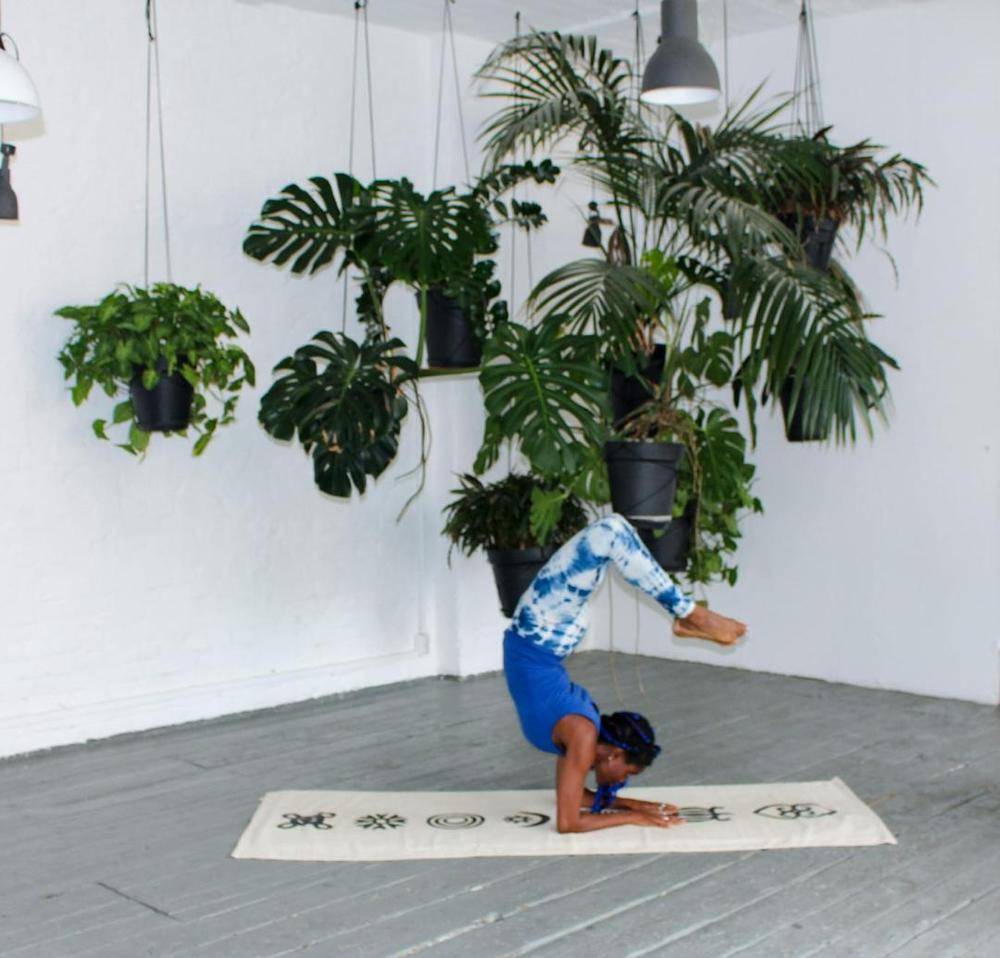 The motivational theme of “Healing Together” is the foundation of Aset’s desire to share these methods through workshops. “The planet and her indigenous children need healing as they are estranged from their natural environment and love-based intentions within our communication and everyday life. Kemetic Yoga and Hudu are designed to reconnect us to the divine source within,” she said.

The ancient term of Kemetic Yoga is Smai Tawi, and it has re-emerged as a practice among Africans and the African Diaspora in the last 50 years. The practice is at least 7,000 years old and originated in the valley of the Hapi (Nile) River. There are depictions of its postures, known as Sanuyaats, on the walls of the Medu Neter.

Aset first learned of Kemetic Yoga during a trip to Ghana in 2007. Upon her return to Germany, she could only find training programs for Indian Yoga, which she pursued for a while, but continued to search for access to Kemetic Yoga. When she returned to Jamaica in 2011 with her son, she began Yoga training at Yoga Angels Jamaica, but only continued for two weeks as she saw flyers advertising a teacher training program in Kemetic Yoga offered in St. Antonio, Portland. “I basically dropped everything and went there to find out who-what-when and where,” she said. After receiving her certification in September of 2012, she traveled to Charleston, South Carolina, to visit her family and ultimately gave her first workshop there. She then returned to Jamaica and met Yirser Ra Hotep, one of the first Kemetic Yogis of modern times and began connecting with other contemporary practitioners in what was a very small community. Since that time, however, the practice has gained more and more attention. 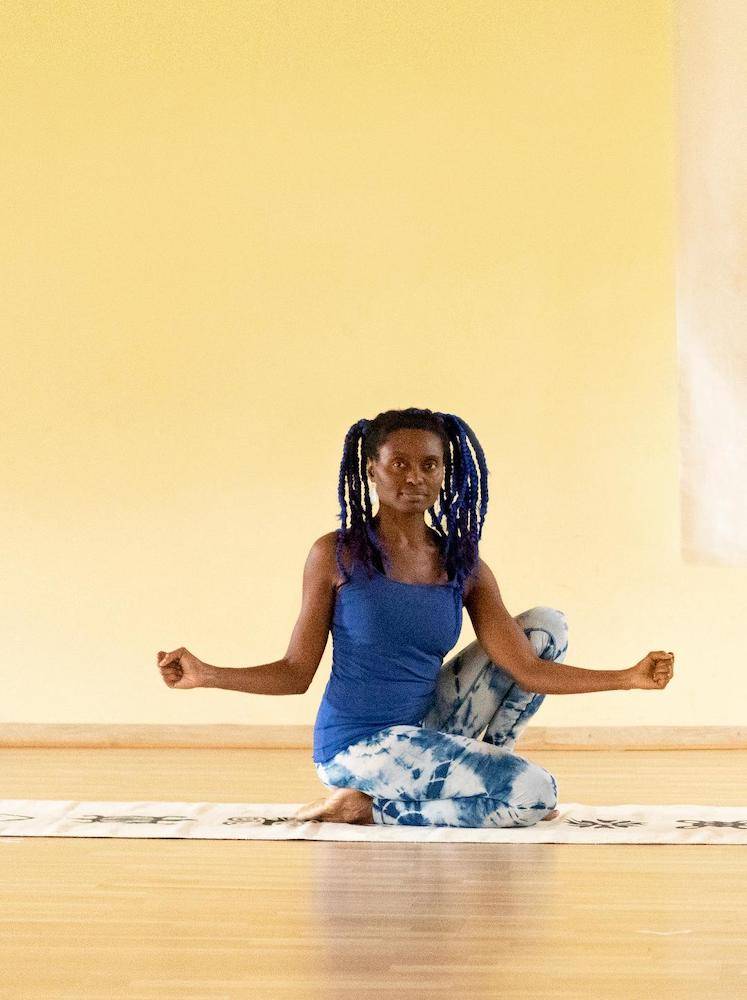 Some of the pioneers of Kemetic Yoga who are of Jamaican descent include Yirser Ra Hotep, who has Jamaican roots on his father’s side, and Aset’s teacher Neter Aunkh Aakhu, who has a Jamaican mother. Both of them live in Atlanta, Georgia. Pablo Imani, who has Jamaican parents, lives in the United Kingdom. “Tab A Tap” Tabitha Minott is a Jamaican fashion designer who lives in Hamburg, Germany, and was certified in Kemetic Yoga in 2020. Minott was part of the first group certified in Germany by Aset’s teacher Neter Aunkh Aakhu with Aset herself as co-teacher. Lenea Herew is a Jamaican Kemetic Yoga teacher who was raised in the UK but returned to Jamaica. Dr. Kimani Borland, who was born and raised in Jamaica and now resides in Oregon, was certified a month before Aset by the same teacher and institute.