Our entry into Austria began at Klagenfurt (the capital of Carinthia), where we did a walking tour through the city. The Rathaus (Town Hall) and the City Hall are noted for their architectural designs. 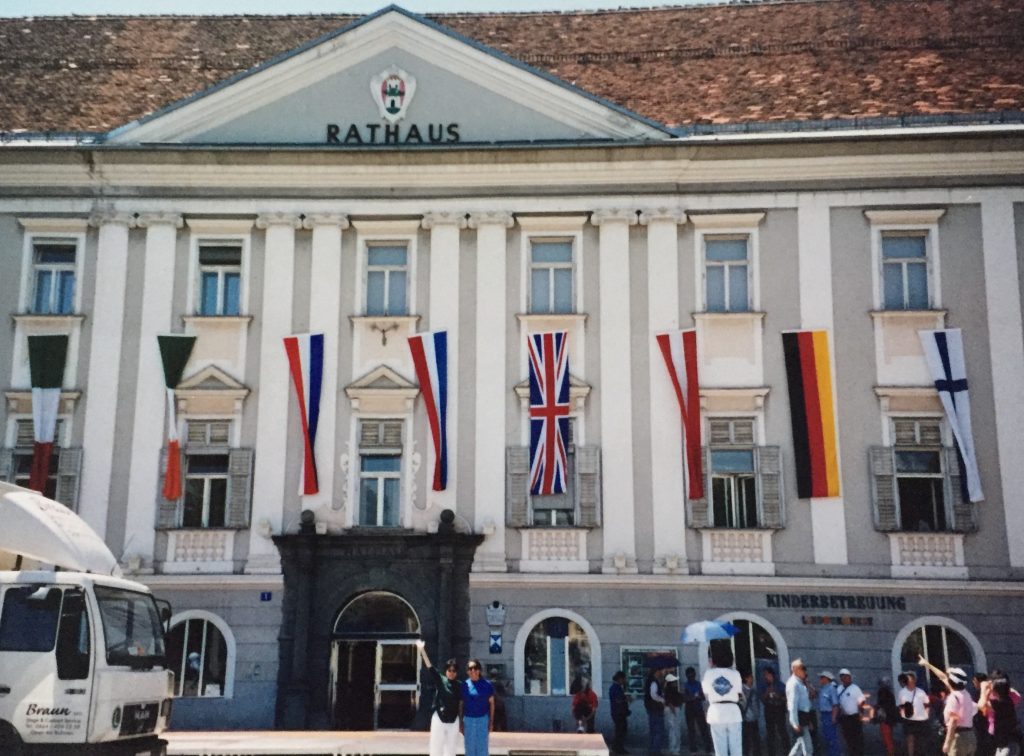 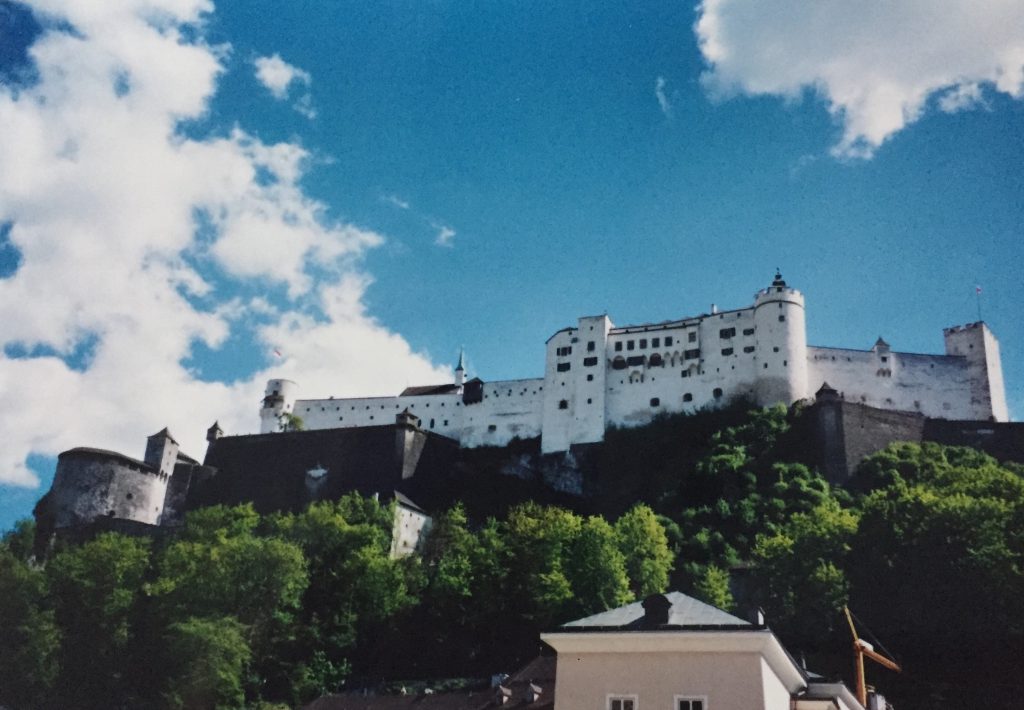 We were taken to St. Peter’s Abbey/Church where Maria and Captain Von Trapp were married. Bicycles parked in front of the church were similar to the one that Rolfe (Liesel’s boyfriend from the movie) rode. It took a lot of imagination, but it was very amusing and interesting to hear the tour guide’s stories.

We walked through Mirabell Palace and Garden where scenes from the movie were filmed. We saw St. Peter’s Monastery where the Von Trapp’s hid from the Gestapo and the Festival Hall. 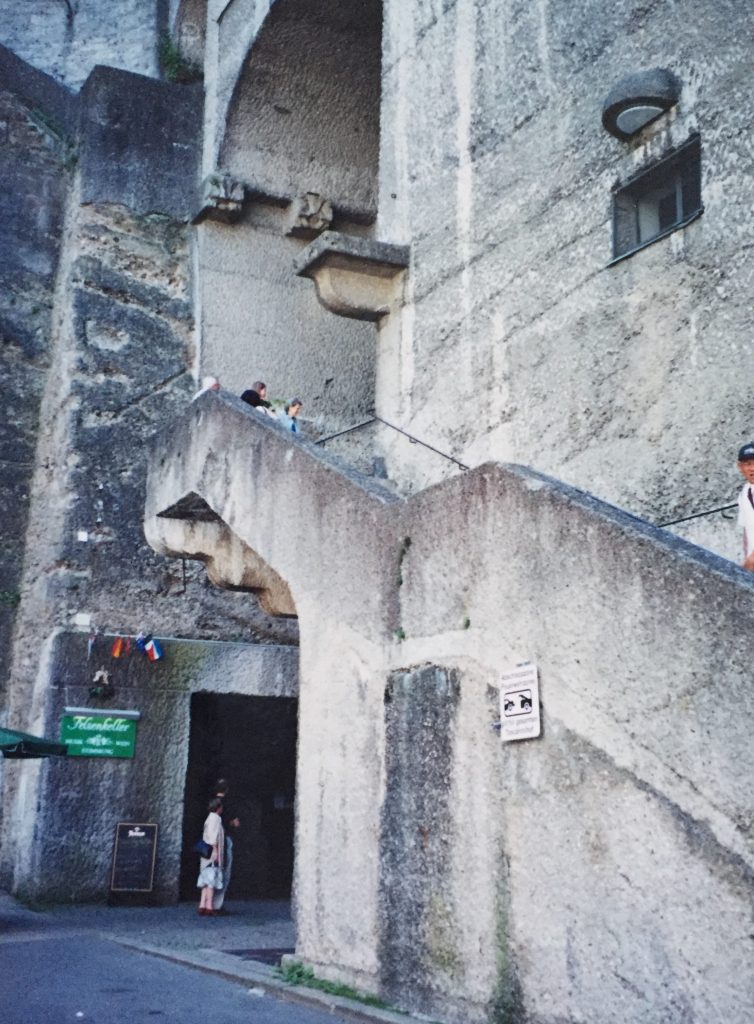 Entrance to the Festival Hall from The Sound of Music

I have been a fan of Sound of Music since 1965 and have watched the movie many times. I saw Julie Andrews do a Q&A on the movie and Charmian Carr, who acted the part of Liesel Von Trapp. I have been to a sing-along for The Sound of Music, where each patron was given a bag with items such as artificial flowers and we waved it during the singing of “Edelweiss.”

I watched a costume contest where the winner was a 72-year-old lady. She was dressed as the Baroness complete with a cigarette in the holder and had on a bright red dress. We cheered when she introduced herself saying, “This is what the 72-year-old baroness would look like today.” It was hilarious when two ladies dressed as concert contestants would not exit the stage as it was at the end of the movie.

Salzburg is the birthplace of Mozart and so we visited his birthplace.

We then traveled to Vienna where we visited Hofburg Palace and St. Stephen’s Cathedral. 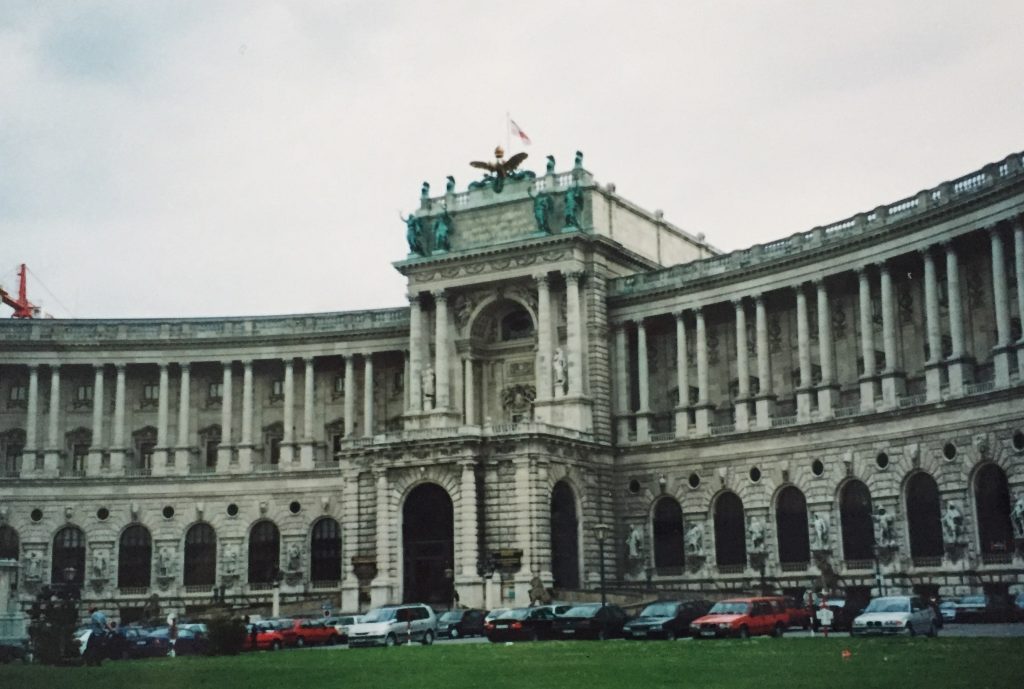 Vienna is the birthplace of Johann Strauss. There was a festival in front of the State Opera House one night we were there. We enjoyed swaying and dancing to Johann Strauss waltzes played by the Vienna Strauss Philharmonic Orchestra. 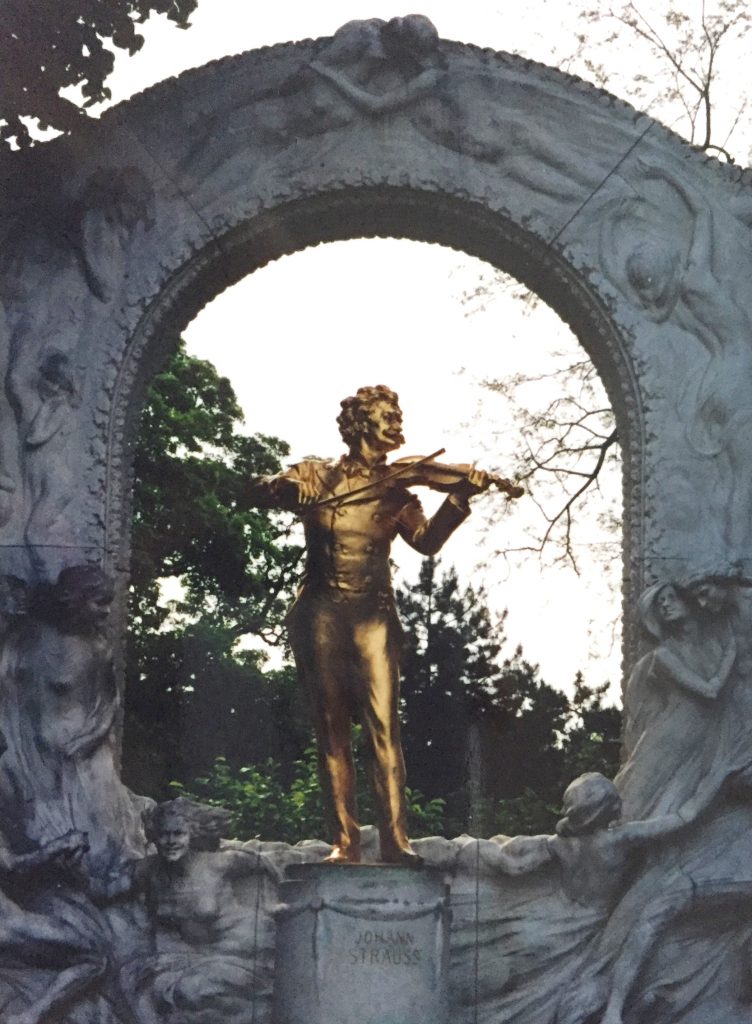 Next was the Belvedere Palace with its beautiful gardens. The site of Hotel Metropole, which the Gestapo used as headquarters in World War 2, was last. The hotel was destroyed in 1945. Jewish people were tortured and shipped from the hotel that stood on that spot.

A monument erected on the site is translated as: “Here stood the House of the Gestapo. To those who believed in Austria, it was hell. To many, it was the gates to death. It sank into ruins just like the ‘Thousand Year Reich’. But Austria was resurrected and with her our dead, the immortal victims.” 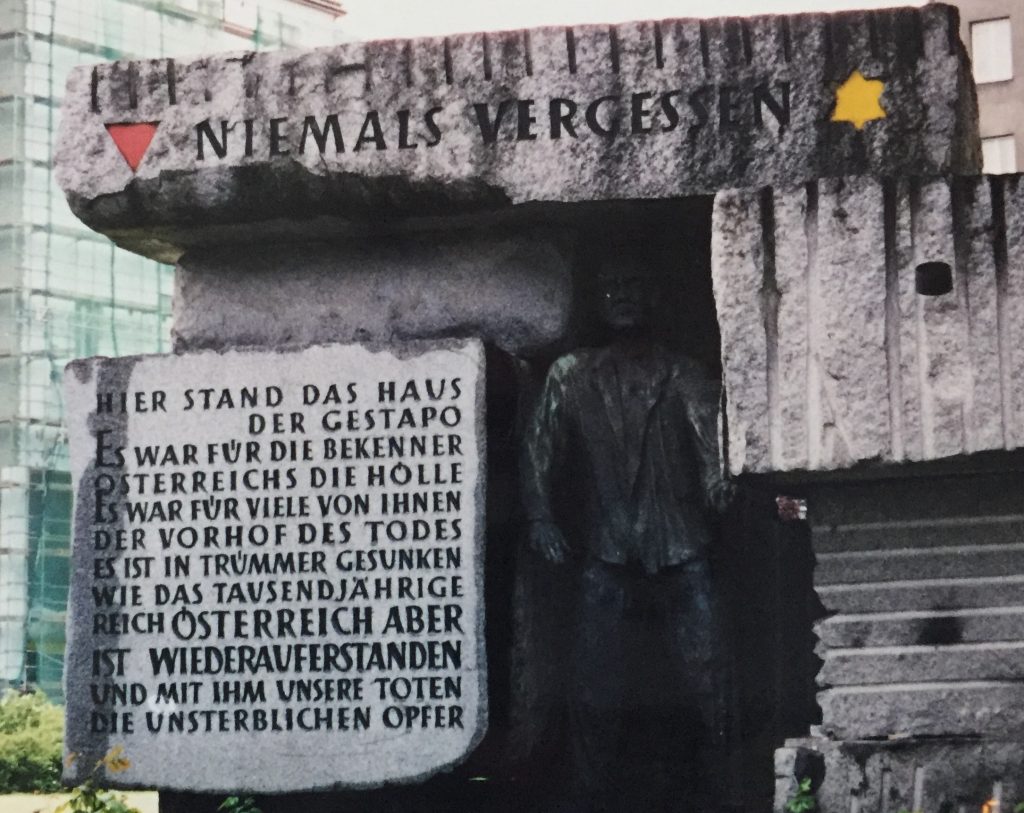 I will visit Vienna again in August 2019. Hofburg Palace, St. Stephen’s Cathedral, and Belvedere Palace are listed on the itinerary. I will be looking for changes made in the last 18 years.