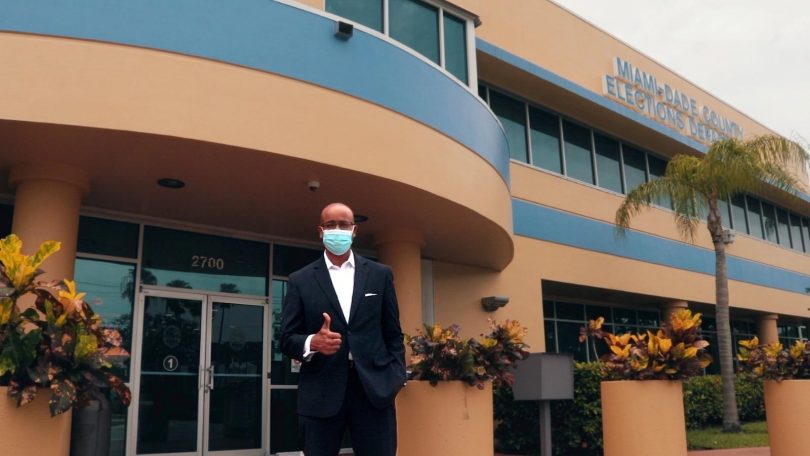 On May 26, 2020, small business attorney Marlon Hill officially qualified for the August 18, 2020 ballot for Miami-Dade County Commission District 9 race in South Miami-Dade County.  Hill has raised over $335,000 for the District 9 race and has connected with thousands of residents at the door and at community engagement events. Hill is the only candidate who has garnered this kind of direct financial support for the August 18th election. Hill is a homegrown leader and resident of the district since 1985 after migrating from Jamaica as a teenager. Hill has a proven track record of bringing people of different backgrounds to solve problems and enact change.

District 9 in Southwest Miami-Dade County, the largest geographic district of the thirteen, comprises historic heritage neighborhoods, new residential developments and sprawling farmland in between two national parks. The seat is currently held by Commissioner Dennis Moss, who is termed out this year.  The qualifying period for the election expires on June 9, 2020.

Marlon Hill (South Miami-Dade, FL) issued the following statement, “With the transition of leadership in Miami-Dade County, South Miami-Dade County residents should no longer be neglected on the issues that matter the most to us, including economic and food security, affordable housing, traffic gridlock, and public safety. The District deserves a commissioner who will connect the various community pockets of our region and take action to ensure we are no longer neglected”.