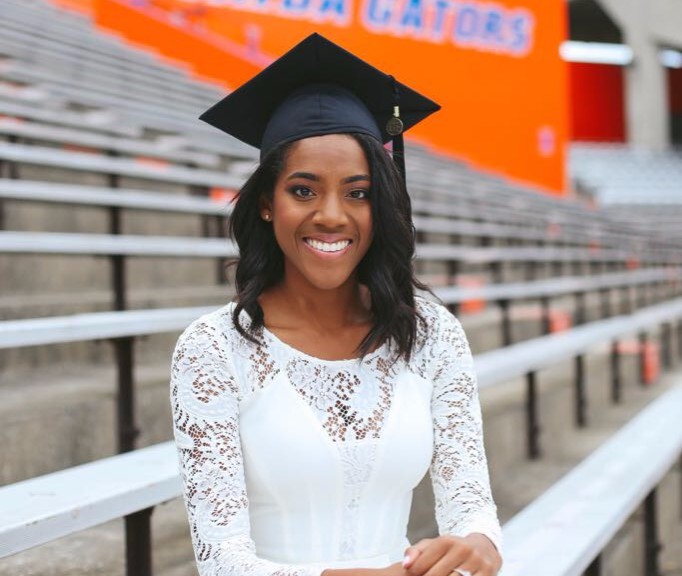 Jamaican American, Jade Mulvaney, a marketing and information systems major who recently graduated from at the Warrington College of Business at the University of Florida, has been named the Best and Brightest student of 2017. Among Mulvane’s achievements: being followed on Twitter by former United States President Barack Obama. She says that now that Obama has “more free time,” she plans to message him directly to line up a lunch date when she moves to Washington DC, where she has a job with Deloitte as a Federal Business Technology Analyst.

Mulvaney graduated from West Shore Junior and Senior High School in her hometown of Melbourne, Florida,. She says that what she liked most about majoring in business was the range of knowledge she gained about many fields and industries within the business sector and the opportunities the degree provides her. She has held internships in finance, retail, military defense, and marketing/data professional services, all of which have given her skills that she can transfer to wherever her career path leads her.

Mulvaney said the happiest moment in her life was when she was accepted by the University of Florida because she knew that his would make a dramatic change in her life, making her more independent and introducing her to a wide range of people, knowledge, and opportunities.

She also noted that, of all her academic achievements, she is most proud of being chosen to represent 6,700 of her peers as the only student serving on the Warrington College of Business Dean Search Committee. The college had not acquired a new dean for two decades, so it was exciting for her to have a say in selecting the leadership for her college.

Mulvaney has an impressive array of achievement in addition to serving on the Search Committee, including being chief of staff for the Florida Leadership Academy; a career mentor to the local homeless population at Grace Marketplace; co-instructor for an introductory course in business; a member of the Beta Gamma Sigma Honor Society; a teaching assistance for Introduction to Information Systems; vice president of marketing for GatorTech; assistance supervisor of elections in student government; assistant director for the Leadership Development Cabinet; and a member of the Freshman Leadership Council Civic Engagement Committee.

Mulvaney was received the Outstanding Freshman Leadership Award, Savant Leadership Honorary, and was on the Dean’s List at Warrington College.