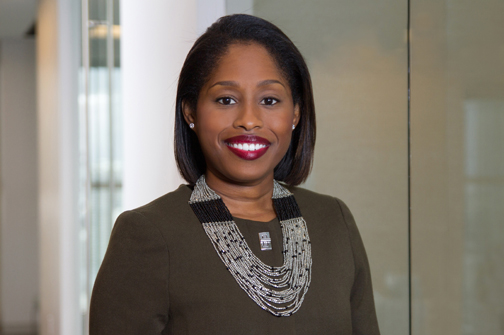 Niyala A. Harrison, an attorney in the Miami office of Squire Patton Boggs, was named the new president of the Caribbean Bar Association (CBA). The announcement was made at the organization’s 21st Annual Scholarship and Awards Gala held on October 28, 2017 at Miami’s Conrad Hotel. The event is the largest fundraiser for the Scholarship Program, which supports paid judicial and public service internships for law students in Broward and Miami-Dade counties. This year’s scholarship recipients were Aaron Beharie and Garry Louima of the FAMU School of Law and Rebecca Miranda of the Florida Coastal School of Law.

Juliet Roulhac, Esq., Regional Manager for Corporate External Affairs, Florida Power & Light Co.; Hamilton, Miller & Birthisel, LLP; and Javier A. Soto, Esq. President & CEO of The Miami Foundation were honored at the event for their contributions to the community.

Niyala A. Harrison is an attorney in the Miami office of Squire Patton Boggs where she focuses on public and corporate finance matters. Ms. Harrison serves as bond, disclosure and underwriter’s counsel on tax-exempt bond financings, including new and refunding issues for municipalities, counties and other governmental agencies. She also represents a large energy provider in its ongoing financing needs. Ms. Harrison was named among the “40 under 40” outstanding lawyers of South Florida by the Cystic Fibrosis Foundation, and selected by the Daily Business Review as a 2015 Dealmaker of the Year in the public finance category. Ms. Harrison earned her J.D., cum laude, (2012) from the University of Miami, where she was a member of the Business Law Review and named a Dean’s Scholar and an Outstanding Public Interest Scholar. She earned her B.A. in International Affairs and Spanish (2005) and M.S. in International Affairs (2006), both from Florida State University. Ms. Harrison is long-standing volunteer at the Miami Book Fair International.

In addition to Ms. Harrison as its new president, the CBA installed the members of its new executive board, who were sworn in by The Honorable Judge Fabienne E. Fahnestock, 17th Judicial Circuit (Broward County). The 2017-2018 board members are:

The event was attended by judges, attorneys, elected officials and community leaders from across the state, and featured Guy Michel, cellist, a performance by young songstress Halle-Rae and music by DJ Dorenzo.

The CBA was founded in 1994 and has grown from a voluntary bar organization of 25 lawyers to more than 200 attorneys from South and Central Florida’s Caribbean-American community. Lawyers from the association work in public and private sectors and practice many types of law, including criminal law, civil and commercial litigation, administrative law, family, immigration, business and corporate, insurance defense, medical malpractice, real estate, trust and estates, probate, maritime, international law, arbitration, personal injury, land use and zoning law, securities law violations and wrongful death.