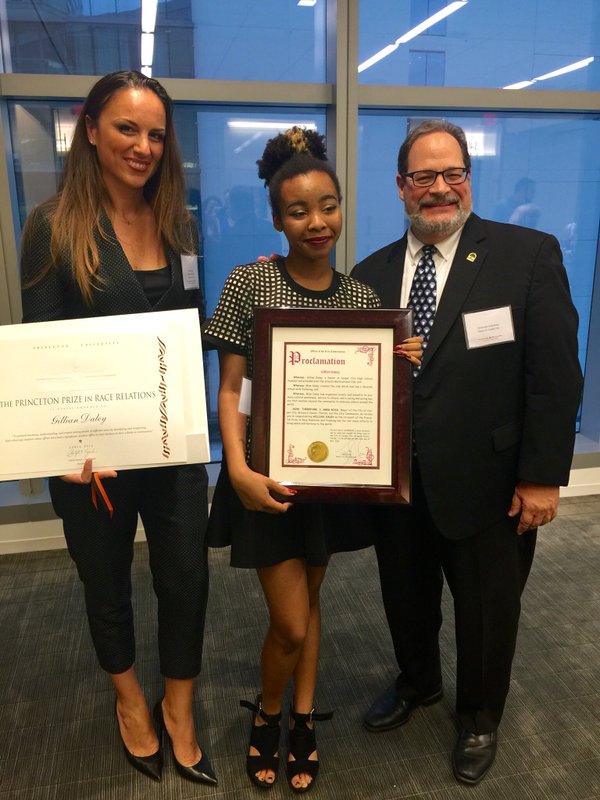 Gillian Daley, a Jamaican-American student at Cooper City High School in Cooper City, Florida, received the Princeton Prize in Race Relations for her efforts in promoting greater diversity and equality. The award from Princeton University was presented at a special ceremony in Miami, the mayor of Cooper City, Greg Ross, attending. Daley, a senior, was recognized for founding the Multi-Cultural Club at Cooper City High. The club engages students and teachers in bi-weekly discussions relating to empowerment, diversity, and race relations. Daley also organized a number of special events, including Privilege Walk, which illustrates the factors that contribute to individuals’ success, and the establishment of the school’s Peace Pole, which displays the phrase “May Peace Prevail on Earth” in 14 languages. Daley is among 33 high school students in the United States selected to receive the 2016 award, and the only one selected from Florida. The award represents part of the Diversity Project at Princeton University and was established in 2003 to recognize young people who demonstrate their commitment to the advance of positive race relations and worked to enhance the understanding and respect among and for all races. The prize comes with a cash award of as much as $1,000.