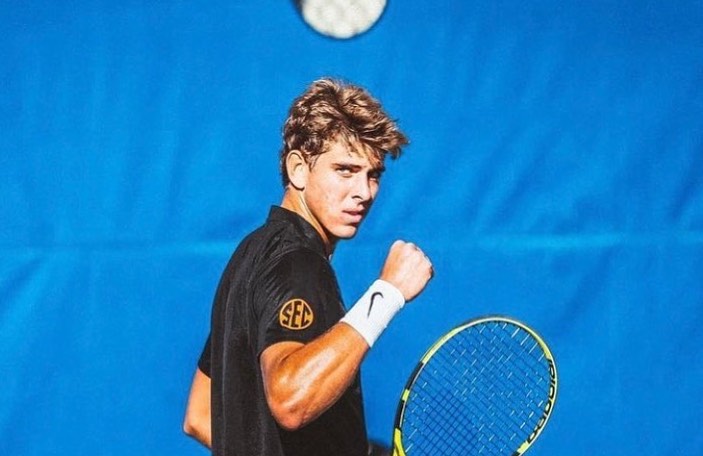 Jamaican Davis Cup tennis player Blaise Bicknell, 19, is a member of the National Collegiate Athletic Association (NCAA) tennis team in the United States for the University of Florida (UF) Gators. Bicknell, who has attended UF since 2019, had a critical role in advancing the university to its victory at the NCAA National Championship and the SEC Championship. Bicknell won all of his matches in the 2020-2021 season, achieving a win record of 32-0. He is the first Jamaican male to win an NCAA championship and made history as the first player from UF since 1976 to be undefeated in all the matches he played in a season. Bicknell will represent Jamaica on the Davis Cup team in June 2021.

Bicknell cited improvement in his “mental toughness” and focus as the elements that allowed him to help his college team win the national championship and that brought him the historical position of becoming the first UF player in almost 50 years to finish a season with a perfect win record. The last player to end a season undefeated was Kevin Cook with a record of 20-0 in 1976. Bicknell said that his ability to stay calm under pressure and to retain a winning mindset throughout the competition was key to his victory.

The UF men’s tennis team took its first national title by beating Baylor University 4 to 1 at the finals of the US Tennis Association National Campus in Orlando. UF was seeded Number 1 and won the four singles matches it needed to claim the victory after losing the doubles point to Baylor earlier in the finals. “Tennis is a highly mental game,” he added.

Bicknell is now a part of a national championship program and said that his progress will help him in his other pursuits in 2021. He is slated to represent Jamaica in Group 3 of the Davis Cup and hopes to improve his ATP ranking of 1402 to reach the top 800.

Florida is one of two program that has won at least one national team title in each totally contested season since 2008-2009. This most recent title is UF’s 21st national title attained during this period.

Upon learning of Bicknell’s role in attaining the championship, Jamaican Prime Minister Andrew Holness posted to social media that “Jamaicans can achieve anything we put our minds to. Wi likkle but tallawah! 🇯🇲“