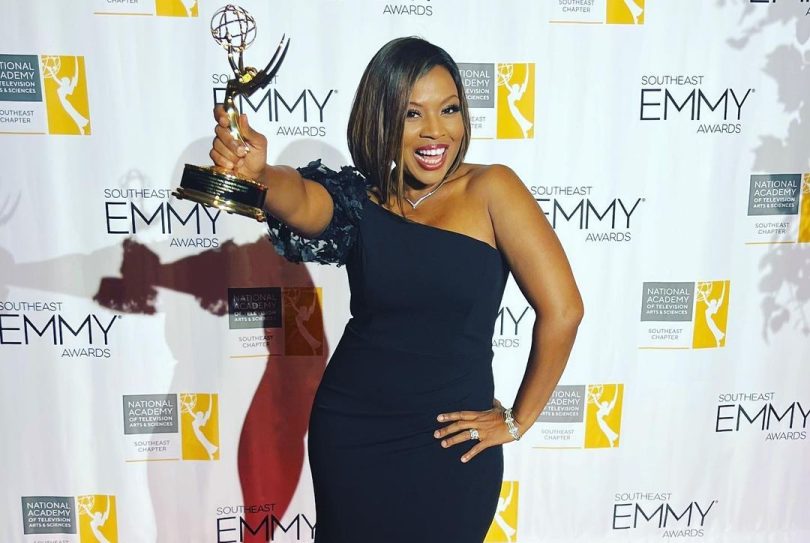 Sharon Lawson, a Jamaican American reporter and anchor of “Good Day Atlanta” on WAGA-TV in Atlanta, Georgia, won a 2022 Emmy Award in the Health and Medical News category for her feature story, “Journey to be Fibroids Free.”

Upon winning the award, Lawson posted to social media, thanking her husband, Chris Pappas, her editor Thako Rucker, and photographer Michelle Scott Mandell. She wrote, “It’s been a long road- but I wouldn’t have made it to this point without this man by my side. I share this EMMY WIN with my hubby (Chris PAPPAS) who encouraged me to share my story about #UterineFibroid. Thank you my love~ And a special thanks to everyone who reached out to me and shared their own personal journeys. Let your test become your TESTIMONY! I would also like to acknowledge my #dreamteam Editor Thako Rucker and photographer Michelle Scott Mandell.” 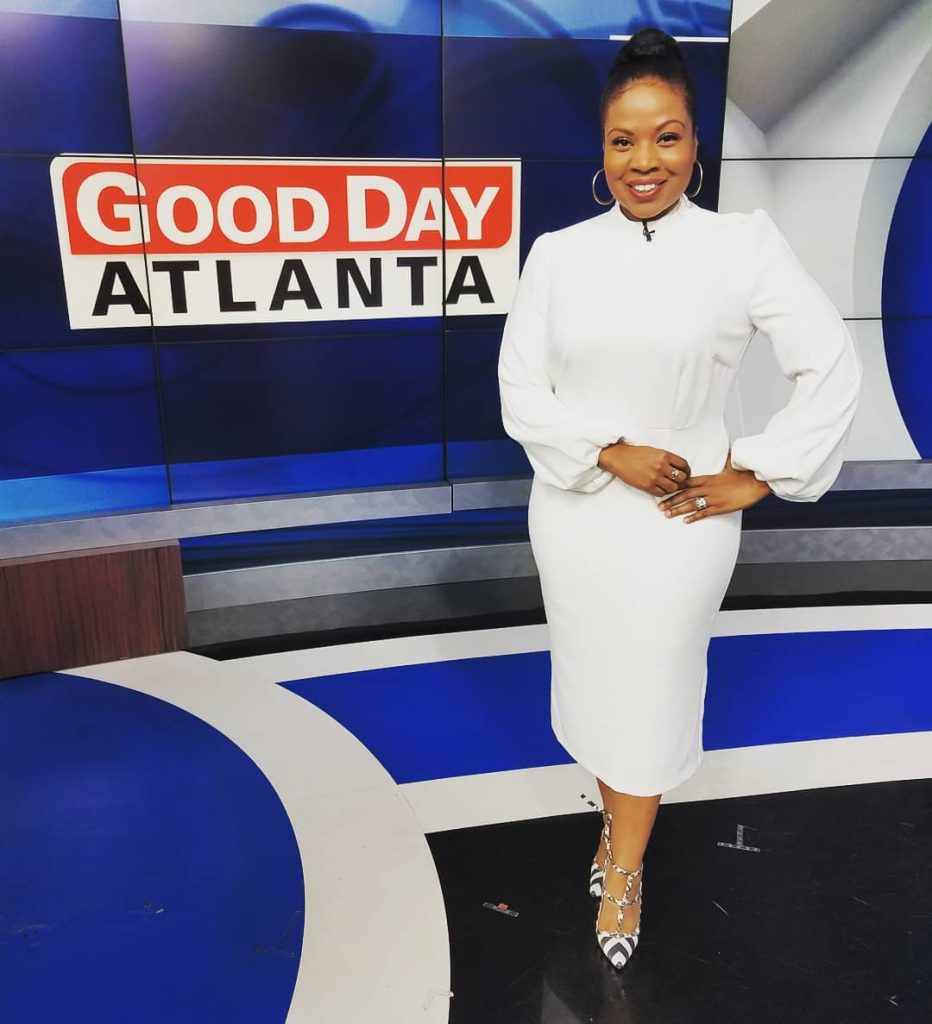 Sharon Lawson was born in Toronto, Canada. She and her parents, who are both Jamaicans, moved to Florida in the mid-1980s. Her mother discovered her at age five practicing “intros and outros” like a television reporter, using a hairbrush and a mirror, saying “This is Sharon Lawson with the 6 o’clock news.”

Lawson’s career began when as a graduate of the University of Central Florida she worked as an all-purpose correspondent at WWSB in Sarasota. She debuted as an anchor at WMDT in Salisbury, Maryland in 1995 and then worked as the weekend anchor at WHIO in Dayton, Ohio, from 1997 to 2000. She then took on anchoring duties in Minneapolis, Minnesota, at WFTC, and then returned to the South Florida to serve the Miami-Fort Lauderdale market. Before joining WAGA-TV, Lawson worked as an anchor and reporter at NBC 6 in Miami, Florida, for 14 years.

During her 20-plus year career, Lawson interviewed His Holiness, the 14th Dalai Lama; Archbishop Desmond Tutu; and heavyweight champion the late Muhammad Ali, among others. In addition to her career achievements, Lawson is also focused on helping young people find success in the same way her mother and mentors supported her. She always attempts to have a positive impact on young people by providing nurturing environments for them and encouraging them to follow their dreams.

Lawson tells Jamaicans.com, “As a journalist, you’ve been afforded an incredible opportunity to tell people’s stories. Use your platform wisely and always be authentic knowing you are making a difference in people’s lives every day.”

When not working on a story or nurturing aspiring journalists, Lawson spends time with her husband enjoying outdoor activities like biking and running. She also enjoys traveling and meeting people and finding new stories to tell.