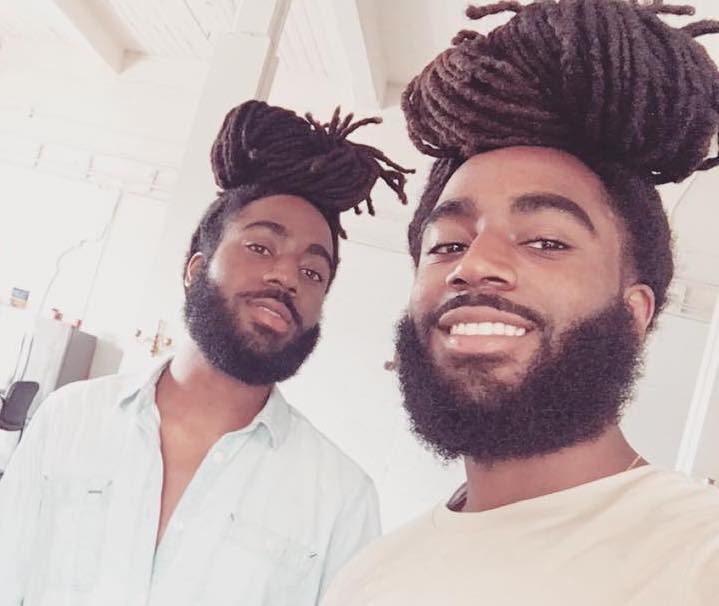 Following the 138th commencement ceremonies at Morehouse College in Atlanta, Georgia, on May 15, a pair of identical twin boys born to Jamaican Desta Meghoo were officially conferred ‘Morehouse Men’ joining a list of prestigious American Black men acclaimed for excellence.

“Excellence is a habit…not good enough for tomorrow,” David A. Thomas, 12th president of the 155-year-old institution said during the three-hour proceedings streamed live from the campus.

As a signature of pride, the institution’s web portal boasts — “We don’t just educate students. We produce innovators and leaders who are men of distinction.”

The site adds the distinction of educating a “U.S. Senator, Nobel Peace Prize laureate, Oscar winner, corporate CEO, U.S. Homeland Security Secretary, Surgeon General—Morehouse Men are in a class all their own.”

It is an Historically Black College and University (HBCU) renowned for producing five Rhodes Scholars. Perhaps it was that repute which seemed alluring to the Jamaica-born mother. Or that in 1994 Nima Warfield was first from other HBCUs to win the distinction. 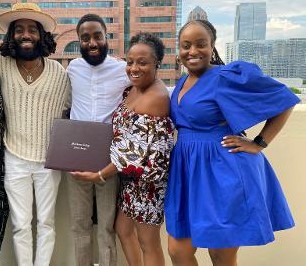 From Ethiopia, she explained that it was an 11th hour decision when her sons graduated from high school that prompted their application to the prestigious institution of higher education.

“After arriving to attend high school graduation ceremonies for the boys in May, I realized no attempts were made to apply for college. With only three months to the start of the Morehouse semester, I hurriedly submitted GPA and athletic reports, placed a call to the president affirming their stellar qualifications and they were approved.”

Despite the late applications, along with approvals, financial aid helped subsidize the costs with partial scholarships.

The take-charge approach to mothering and education might have been the principal contributor to graduation recently.

Long before home-schooling became ‘a thing’ Meghoo embraced the alternative method. While juggling domesticity with mentoring musicians, she furthered her education.

Commuting from Ocala to Tallahassee, she managed to fit more than a few minutes into each 24-hour schedule. The student/mother graduated and before long instructor/mother/lawyer.

Zakia and Ziha are not the first of her 10 off-springs to graduate from a HCBU institution.

Her eldest daughter Aiyanna won the distinction when she earned a baccalaureate degree from Bethune Cookman University.

And her youngest daughter Shema followed the tradition set by her sisters to earn graduating credits from the most diverse HBCU in the nation, Georgia State University.

Actually, Shema’s graduation coincided with that of her younger brother Ziha who completed the required credits for graduation with a degree in biology in 2020.

Although Morehouse derailed a public acceptance gathering during the peak of the pandemic, the family organized a virtual village Zoom session which accommodated a global celebration.

Not surprisingly, a galaxy of cultural celebrants logged onto the event signing in an array of time zones.

Hollywood’s Lou Gossett seemed reverential in offering a roadmap to success in the future and in addition to platitudes Ziha was gifted several trips to Ghana and Ethiopia.

The double ceremony might have been a triple treat but Zakia took a two-year hiatus from Morehouse to decide his path.

Ironically, the break and his resumption of classes enabled him to join the combined 2020 and 2021 honorees recently.

Zakia’s black robe, sashed by Ghanian kente regalia, a full beard, and rousing support from family and friends signified his merit of degrees in kinesiology, physical therapy and sports medicine.

Along with his brother Ziha together again at the Century Campus Green, they reveled their rite of passage and the fact together are full-fledged Morehouse Men.

“It’s a day of positive celebration,” the proud mother said from the African city. “I am proud of them.”

Regarded by children throughout Addis Ababa as “Mama Desta” the attorney is also popularly referred to as “Dr. Desta.”

She is a creative consultant, curator and cultural promoter who repatriated to Ethiopia in 2005 after coordinating with Rita Marley to stage the 60th birthday and “Africa Unite” celebrations for Bob Marley.

Since moving to the continent, she was named liaison to the African Union for the Ghana-based, Diaspora African Forum.

In that role she frequently travels throughout the continents to advocate for Africans.

Last year she devoted much of the calendar period caring for her ailing daughter and mother. Unable to return to America so soon after her return home, she was represented by her revitalized mother, Pauline — who drove with her eldest Aiyana from Ocala, Florida to join family cheerleaders comprised of two paternal uncles Winston and Andrew — who drove from the Bronx to the southern capital; Georgia residents and sisters Ajahweh and Shema, elder brother Birhane, a New Jersey resident and other well-wishers.

The 52-year-old senator is one of 11 children. He is also a pastor at Dr. King’s Ebenezer Baptist Church. In addition, he is the youngest pastor in the church’s history. In his address to 464 Morehouse Men he admonished them saying “You passed your assignments but here is your homework…give yourself larger than yourself…keep the flame burning…let your light shine…a fire of purpose burns in me…as senator…keep the flame burning.”