Jamaican Amongst Eight Caribbean Nations that Import Most of Their Food - Jamaicans.com 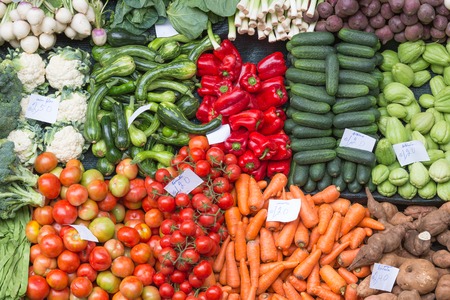 According to News Americas, 1 in 6 people worldwide depend on imported food, and even though the Caribbean region has fertile lands that could produce agricultural exports, eight countries in the region continue to import most of the food consumed by their citizens. Data from the Food and Agricultural Organization (FAO) and the World Trade Organization (WTO) show that Cuba is the top food importer in the Caribbean, importing US$1.8 billion in food in 2014 and exporting just US$499 million worth. Second in the ranking is the Dominican Republic, which imported US$1.4 billion in food and exporting US$793 million. The Bahamas are third on the list, with imports valued at $1.1 billion. Of this amount, between 60 percent and 70 percent goes toward the retail sector, and the remaining is directed to the hotel, restaurant and institutional food service sector. Haiti is ranked fourth with food imports totaling US$911 million and exporting just US$18 million in 2014. Fifth on the list is Jamaica, with its food imports in 2014 totaling US$824 million; food exports totaled US$234 million. Trinidad and Tobago ranked sixth with 2014 imports of US$756 million in 2014 and exporting only US$114 million that same year. Barbados is listed in seventh place, with food imports totaling US$242 million and food exports totaling US$47 million. Guyana rounds out the list in eighth place, importing US$202 million worth of food in 2014 while exporting US$387 million in food.