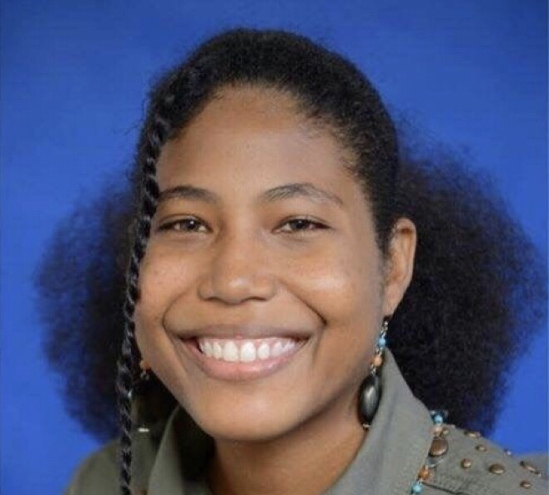 The Jamaican poet Christena Williams, better known by her stage name of Antonia Valaire,  of Portmore, St. Catherine, has won a Certificate of Excellence Sarabita Masters Award for 2020. Ah Times Ras Productions presented the Certificate in recognition of the contributions she has made to global dub poetry, community service, and youth empowerment through the arts, roots and culture. The award program was founded in 2012 by dub poet Ras Atiba, whose given name is Emile Ivy. Prior to this award, Valaire had already been named the International Spoke Word Artist of the Year for 2020 by the People of Extraordinary Talent (P.O.E.T) organization and Blaq Ice Productions.

Valaire has a BA degree with honors in History and Philosophy from the University of the West Indies. She is a member of Life Circle Poets and 876 Poetry Platform and is a contributor to One wakand in the United States and the Literary Editor for Pearls Magazine in Nigeria. Her book “Pearls among Stones” received the Prime Minister’s National Youth Award for Excellence in Art and Culture. She is also the author of “Black Gold” and “Out from Babylon System: Liberation of Mind.” She received a major art award from the Jamaican Youth Empowerment through Culture, Arts and Nationalism (JAYECAN) organization.

In addition to writing, Valaire is a featured performer on the Jamaican Poets School Tour in association with veteran dub poet Malachi Smith. She is the Project Coordinator for the Manifesto JA music mentorship at Tuff Gong Studio; an assistant Instructor to veteran dub poet and 2019 IRAWMA Winner Cherry Natural and Poet Laureate Lorna Goodison in “All Flowers Are Roses” program at the National Library of Jamaica; and the Ras Takura Road to West Africa Panafest Ghana Fundraiser Dub Poetry showcase. She has performed at the DisPoem Festival Wordz and Agro festival, Calabash open mic at Treasure Beach in St. Elizabeth, and was a Special guest featured on Poemagikal Verbal Medicine, which was organized by Kylde Durm-I Brooks, the St. Thomas Heritage and Poetry Festival organized by Omar Ryan ( Melanin), the StarF.A.M.E ( Film Arts Music Entertainment) organized by Multi-creator Amaziah the Great; EGRESS, organized by E.E.M students at the Vocational Training Development Institute; and a featured Performer for Conscious Reggae Party organized by Roots FM radio host Denise Isis Miller and Umoja.

She has written for The Gleaner and the Jamaica Observer newspapers and was a Featured Guest on TVJ’s All Angles with Dionne Jackson-Miller, She was also a Featured Guest on CVM’s On the Road to Success with Yanique DaCosta and a Featured Guest for performance and interview on CVM At Sunrise with Raymond Pryce and Amashika Lorne. She has done radio Interviews with Host Elise Kelly, Roots FM Habakkuk, featured in Random Poem tree (T&T), Female First magazine in the United Kingdom, Poetry NZ 47 (New Zealand), L3 magazine, and was shortlisted in jaBlog! Junior Authors Poetry Contest. She was also shortlisted in at the Desmond O’Grady poetry competition (Ireland) and featured in Antologia Poetica (Fragua de Preces).

Her first translated poem was featured in Persian Sugar in English Tea, Vol III, Corona Social Distancing the Anthology by Inner Child Press in the US, and was included in the Miss Lou 100 Voices anthology in Jamaica. Her poem, Stone cold sinner was a finalist in the Hessler Street Fair Poetry Anthology in Cleveland, Ohio, a guest on Star Gazing with Host Shaun Cain, a guest on Sol Adventurers Live E12 with host Empress Rosey, featured on Angels of Light: Readings of Caribbean Poetry on Chapel FM, UK, 2019, featured on Poetz Realm virtual showcase in Florida with Ernel Grant, had a featured excerpt of the poem Youth of Today quoted during the Address by His Excellency The Most. Hon. Sir Patrick Allen for the Investiture Ceremony of Poet Laureate Miss Lorna Goodison, CD on May 17, 2017.

She is also a youth4peace JA ambassador under the tutelage of Neville Charlton, the founder of Youth Inspiring Positive Change, was selected Mentee in The Commonwealth Women Mentorship by the Commonwealth Youth Council, and was selected for the Aspiring Youth Empowerment Program from CARICOM.

Antonia Valaire describes herself as a youth volunteer, historian, philosopher, and self-publisher in addition to being an author and a poet. She cites Louise Bennett and Mutabaraka as her inspirations and expressed gratitude to the veteran poets who have gone before her. Some of her early favorite poets are Olive Senior, Langston Hughes, Maya Angelou, Emily Dickinson, and William Wordsworth, in addition to Jamaican and West Indian poets.