"I am mostly inspired by human interaction be it good or bad" - A conversation with Jamaican Artist Phillip Thomas - Jamaicans.com 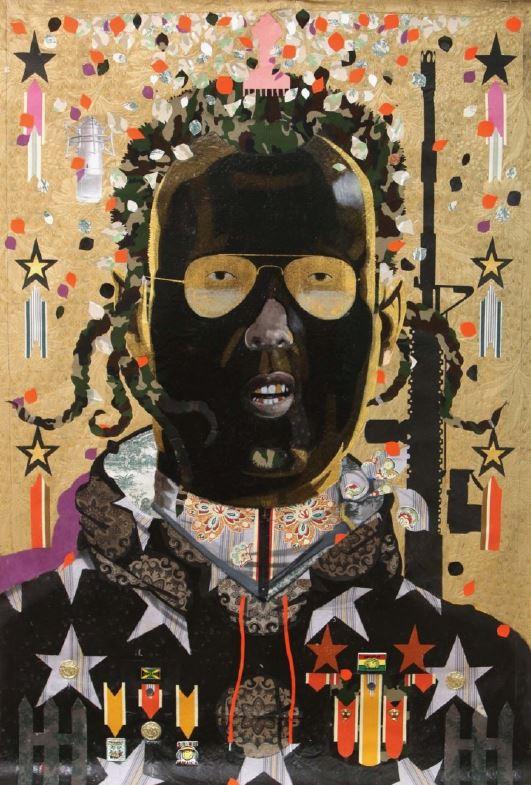 Jamaican artist Phillip Thomas has exhibited his artwork extensively in Jamaica and internationally. His awards include the Bronze Musgrave Medal for excellence in art in 2014, the Public Prize in the 2006 SuperPlus Under 40 Artist of the Year competition and the Aaron Matalon Award in the 2008 National Biennial. He is the winner of the last Jamaican / Caribbean Biennale of contemporary art 2016. Thomas has been collected by major institutions such as the national gallery of Jamaica. His work combines the imagery and traditions of the Old Masters with contemporary textures and patterns to create a new iconography. We caught up with Phillip as he was preparing to exhibit his art at the 7th Edition of Art Africa Miami Arts Fair on December 5-10, 2017. Here is our conversation with Phillip Thomas. 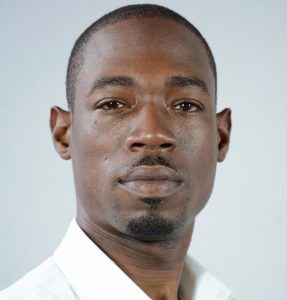 Where in Jamaica are you based?
I live and work in Kingston and my development as a “Kingstonian” has given me an outlook that has filtered into my work and its processes of production. Work contains subjects that cover much of our social interactions both on the micro and macro levels, and that has made my work accessible to a wide range of people.

Do you remember when you realized that you wanted to be an artist? How did you become aware of your ambition?
It is difficult to pinpoint a specific time when I decided to become an artist. There are things in our development that allow us to think in particularly creative ways. As far as wanting to become a “professional” those decisions are as systematic as any other profession. One begins to technically and theoretically understand their practice once you enter the educational system.

Are you are self-taught artist or do you have formal changes?
Every artist is self-taught to some extent. What formal training does is give aspiring artists the opportunity to have access to other artists in the form of lecturers and so on. This allows for young artists to achieve their objectives at a much faster rate as well as receiving suggestion and instructions on how they can maximize their best selves. After doing a degree and masters in the subject I was asked by the then director of the Edna Manley’s art school to come in and lecture a course, and I have been doing that since.

If someone has the gift of art, should they go to art school and why? Do you provide formal training for new artists at your Studio?
As far as first works go, it is very difficult for any creative person even to know what that is…but we do have what is called your first “serious” work. Now, that can mean several things, but it mostly represents the work that gave you a sort of spotlight or response from an audience who will later become “your” audience.

What was your first painting? Do you still have this painting?
For me, that was a painting titled “Breaton Seven”. That was made at the time the seven men were killed in Breaton and there was an uproar in the country about it. I no longer have that work as it was bought by an English collector when I had my first show at the Edna Manley College.

How do you define art? In what ways do you feel the Internet will affect today’s or future Art?
As far back as it’s inception artists, theoreticians and historians have been trying to define what art is. I doubt I would be able to do it here. This leads me to the second part of your question. The internet seems to be a quick response to very complex problems, and we are now seeing the problem when the current president of the USA governs through twitter. Art carries the same issues where one tries to distill complex emotions and idea through reductive characters. This has made it difficult for artists to produce certain kinds of art because the audience no longer can concentrate for long periods of time. As a lecturer, I can say first hand how difficult it is for students to concentrate without being distracted with their (gadgets, toys, videos…etc)..sometimes I go to dinner and watch couples having dinner for two (romantic they say) and they are both on their phones, staring at screens…in a nutshell, that’s how the internet has affected not just art but human interaction.

What is your favorite medium and how does it influence your creativity?
I was trained as a painter, but I can use that vision to create from many different materials. Being a painter is a way of seeing not just the material you use. You can often hear the term “painterly” being applying to books or music and so on. So yes, my material/outlook has influenced my creativity in a very particular way, and that way is how I go about producing imagery no matter the material.

Are there any historical or contemporary artists that you admire their work?
As far as influence goes, I am influenced by not just things I like but things I don’t like as well. I tell students to not just look at good art, it also looks at bad art or more appropriately failed art. You will be surprised to find a lot of information there, sure it’s things to avoid, but at least you know why you should avoid them. I enjoy not just particular artists but also the epoch from which they work. Post-Modern art is a very important movement as it relates to contemporary life…modernism is also just as important. As for influence I am not just influenced by other visual artists but musicians, writers and film directors. It is very important for artists to look across the spectrum. 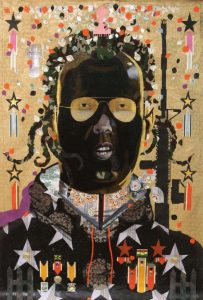 Phillip Thomas – High-Sis in the Garden of Heathen (2017, detail of work in progress)

What is the inspiration for your paintings?
I am mostly inspired by human interaction be it good or bad…there is a lot there.

Which of your paintings has given you the most gratification of your career?
I don’t see my body of work as a collection of individual paintings. I see them as one continuous thought like different scenes of a film. Now yes, there are memorable scenes in any movie, but those scenes are held together by the other scenes. I do have some works that we call “major” works. Paintings such as “N” Train” or “Carousel”…..these are a few examples of works that many people know and has gotten much press.

Which is your favorite piece and why?
I can’t say that I have a favorite work…

What stimulates your imagination best?
I do a lot of research on aspects of our country or culture and try to express them in the art in a way that is indirect to the culture itself.

What do you do for fun (apart from art)?
For fun, I watch a lot of films… but these works are usually history based or closer to documentaries…

What advice would you give a young painter just starting and wondering where to begin?
I would tell artists to love what you do…as Chronixx says “for love and not the likes.”

Thanks for the interview and all the best.

About Phillip Thomas
-The winner of the last Jamaican / Caribbean Biennale of contemporary art 2016. Using old masters’ techniques that he fuses with Afro-Caribbean forms, he produces a contemporary language that is both Caribbean and universal. Thomas has been collected by major institutions such as the national gallery of Jamaica, and he is represented in the United States by the major RJD GALLERY in New York.