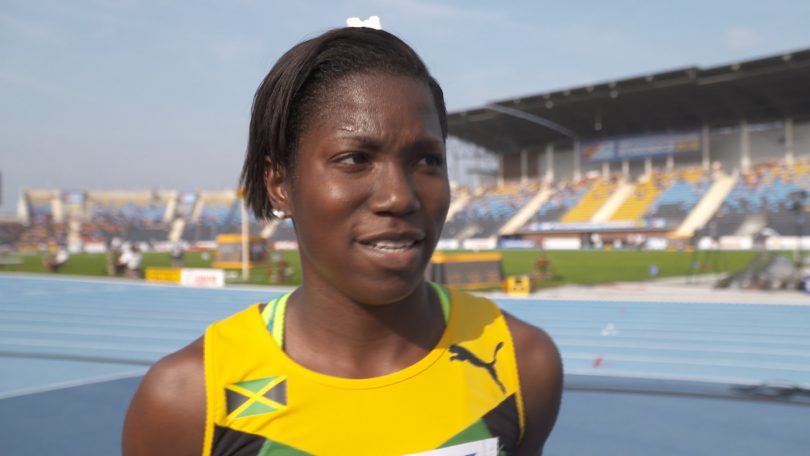 Jamaica’s Jeanine Williams, received the title of ACC Co-Performer of the Week after her performance at the Commodore Invitational in Nashville, Tennessee. The sprinter achieved two personal best times at the meet: 8.18 seconds in the 60-meter high hurdles and 7.48 seconds in the 60. She won the high hurdles event easily as her time ranked as third-fastest in the country for 2018. Her time in the second event got her a second-place finish in the final. And what made her performance especially notable was that she ran the four races in a 90-minute time span. Williams said she was surprised at her wins and that the experience “was pretty special.” She said she approached the meet just wanting to have fun, competing with her teammates like she does in practice. Battling toe and ankle injuries at the 2017 ACC Indoor Championships, she ran the 60 hurdles in 8.30 seconds, which was the second fastest time of the season for the Georgia Tech runner, just slightly higher than the time run by the fastest runner at the meet. Williams finished at the top of the Georgia Tech women, running the 100-meters in 11.84 seconds and having a career best time of 12.99 seconds in the 100 high hurdles at the ACCs. She qualified for the NCAA Championship East Preliminaries and ran the fourth-best time of the meet with 13.09 seconds and advanced to the NCAA Championships. She then competed in the trials for the World Championships with the Jamaican National Team. After thar, she worked with her coach Nat Page to focus on lifting and “getting my knees up” as that had been an issue for her in the past season. Her work got results at the Commodore Invitational, and Williams believes her momentum will continue at the Bob Pollock Invitational at Clemson.