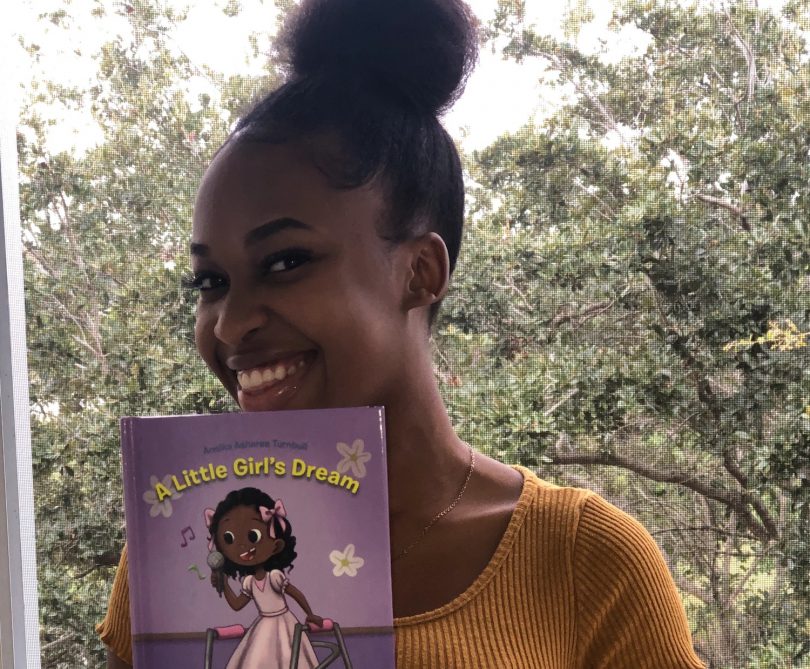 Persons with physical and psychological challenges are often considered helpless in Jamaica. Aneika Asharee Turnbull was aware of that stigma while living there, but her outlook changed when she moved to the United States.

In her book, A Little Girl’s Dream, Turnbull presents Ayana, an African-American girl who is determined to become a professional singer despite having Cerebral Palsy.

The book was released in April. Turnbull has done the promotional rounds since, and has recently pitched her 16-page, easy-read in her homeland.

“It is actually being promoted in Jamaica. However, it is not yet available in the bookstores but I am in the process of building a contract. I have a list of possible Cerebral Palsy /disability organizations that I will definitely reach out to,” she said.

Turnbull, 22, was inspired to write A Little Girl’s Dream after seeing a resilient girl with CP helping her parent with groceries in Florida where she has lived for the past seven years. 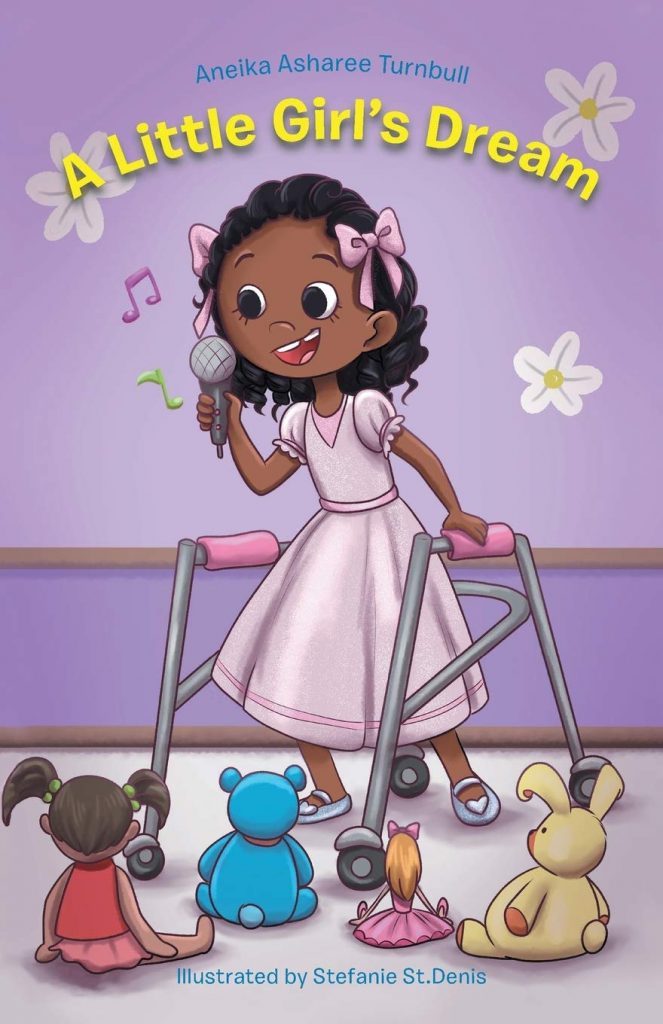 After drafting, she shopped her manuscript to potential publishers. It was eventually picked up by Canadian company, Tellwell Talent.

Administrators at the Nathan Ebanks Foundation in Kingston, the Jamaica capital, estimate that just over 200,000 persons in that country have a physical or psychological impediment.

That organization, established in 2007, is named for Nathan Ebanks who was diagnosed with CP at nine months-old.

Turnbull is from Barton’s, a rural district in St. Catherine parish. She attended Bethune-Cookman University in Daytona Beach, where she earned a degree in Health & Exercise Science Pre-Clinical Health.

The Pembroke Pines resident said writing and promoting A Little Girl’s Dream has been worth it.

“The most satisfying aspect of the book is that its message is being delivered. There have been an overwhelming number of people who have reached out and informed me that my book has made them aware of the existence of Cerebral Palsy, and how it has also created a positive influence on their children to believe in themselves and dream big.”