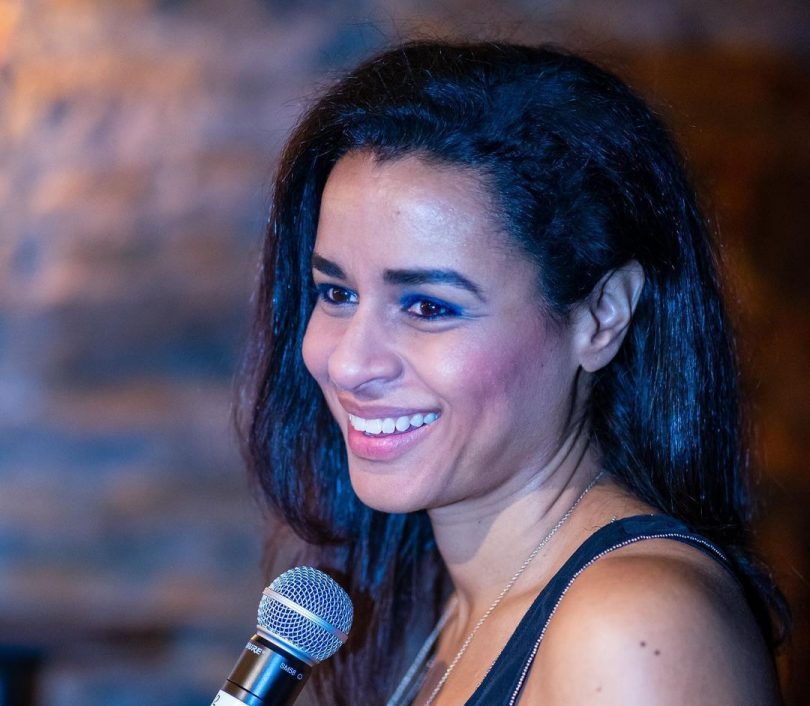 Jamaican-born comedian Sarah Cooper has been named as one of the five Breakthrough Entertainers of the Year for 2020 on the fourth annual list compiled by the Associated Press (AP). Cooper gained popularity on social media by lip-syncing impersonations of Donald Trump during the COVID-19 pandemic. It only took Cooper four months from making TikTok videos in her own living room to filming an hour-long special for Netflix with global stars Helen Mirren and Jon Hamm. In the special, which is entitled “Everything’s Fine,” Cooper plays a news anchor who hosts a surreal television show. The special was first available on Netflix on October 27, 2020.

The attention she gained for her lip-synching videos resulted in a renewal of interest in her books: “100 Tricks to Appear Smart in Meetings” published in 2016 and “How to Be Successful Without Hurting Men’s Feelings” published in 2018 and which is being adapted as a sitcom for CBS. Cooper is currently writing the show with Cindy Chupack, who wrote “Sex and the City” and “Modern Family.”

Cooper, who was born in Jamaica in 1977, moved with her family to Rockville, Maryland, in 1980. Her father was an electrical engineer who worked for the Washington Metropolitan Area Transit Authority, and her mother worked in human resources at a consulting firm. Cooper showed her interest in becoming a performer in her teen years and originally wanted to study theater. She followed her parents’ wishes, however, and earned degrees in economics from the University of Maryland in College Park and in Digital Design from the Georgia Institute of Technology.

She started her career in stand-up comedy in Atlanta, Georgia, while she was working as a visual designer at Yahoo! She went on to work for Google Docs, Sheets and Slides as a user experience designer while she continued to perform stand-up. Her 2014 blog post called “10 Tricks to Appear Smart in Meetings” went viral with five million views, and later in that year, she left her job at Google to pursue writing and comedy full time. By 2019, as her books had not been commercially successful, she strongly considered quitting her comedy career, but with her TikTok lip-synching of the then US president, she found her audience and shot to mainstream fame.

The other AP 2020 Breakthrough Entertainers of the Year include Anya Taylor-Joy, Yahya Abdul-Mateen II, Daisy Edgar-Jones, and Finneas.