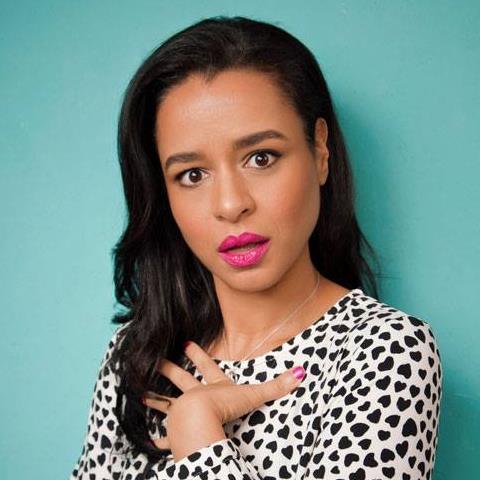 The comedic abilities of Jamaican-born comedian, Sarah Cooper, were introduced to a whole new audience in her video spoofing President Donald Trump. The video went viral, leading to her very own special on Netflix entitled “Sarah Cooper: Everything’s Fine” that will debut in the autumn of 2020.

Cooper’s special will feature a variety of special guests, skits and sketches, and touch on topics ranging from class and gender to politics and race. The Netflix special will be directed by Natasha Lyonne with Maya Rudolph as executive director. Rudolph was nominated for an Emmy Award for her portrayal of Democratic vice-presidential nominee, Kamala Harris, on NBC’s “Saturday Night Live.”

The comedian came to the attention of individuals around the world and earned herself an ever-growing social media following with her TikTok video “How to Medical.” The video was a parody in which she lip-synched President Trump’s comments about disinfectants, ultra-violet rays, and injections in regard to killing the COVID-19 virus.

She’s also satirized the president in videos about his stance on the medication hydroxychloroquine, his thoughts on the Bible, and “Obamagate,” all of which have received hundreds of thousands of views across social media platforms.

Her performance was impeccable and included physical comedy of how those methods could be employed. The video has garnered more than 22 million views and has been praised and retweeted by an impressive list of celebrities ranging from Cher to Lin-Manuel Miranda.

The multi-talented Cooper was a writer and correspondent on the “Old News” show produced by Stephen Colbert that streamed on CBS All Access. She’s also guest hosted on Jimmy Kimmel Live” and appeared on the “Ellen DeGeneres Show.”

She’s the author of “How to be Successful Without Hurting Men’s Feelings” and the best-selling “100 Tricks to Appear Smart in Meetings.” She’s also written for the animated TV series “Science.” At one time, she was also a user experience designer for Google Docs, Sheets and Slides.