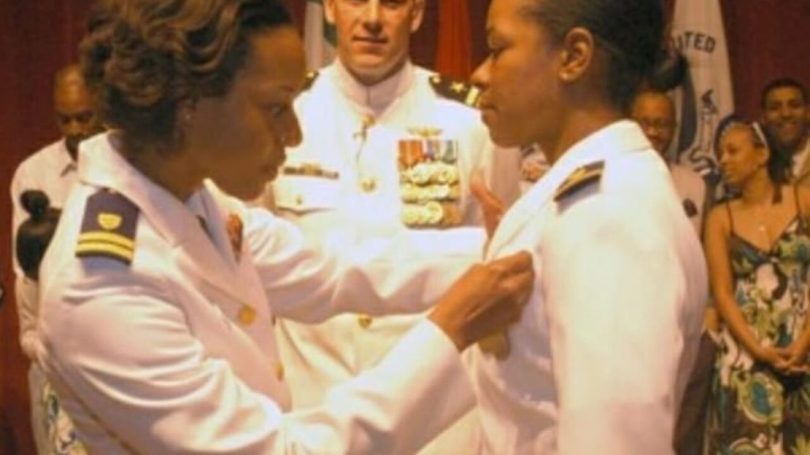 In 2005, Jamaican-born Jeanine McIntosh Menze made history when she became the first Black woman pilot in the United States Coast Guard since the service was established in 1790. There are over 800 pilots in the US Coast Guard, and they are responsible for maritime security, safety, and stewardship, performing search and rescue missions generally related to weather. Menze has mentored a second Black woman, La’Shanda Holmes, and helped her to make her mark on history by becoming the first African American woman to serve as a US Coast Guard helicopter pilot.

Jeanine McIntosh Menze was born in Kingston and was a student at Vaz Preparatory School before her family moved first to Canada and then to South Florida. In 1997, she graduated from Miami Killian High School and went on to earn an international business degree from Florida International University in 2001.

She had wanted to learn to fly when she was 18 and registered to take her first lesson at Embry-Riddle Aeronautical University in Daytona Beach. However, she reconsidered her decision when she saw that the aeronautical science classes were dominated by white people and males. Not seeing anyone who looked like her, Menze felt she didn’t belong in the field, but just a year later, she registered at North Perry Airport in Pembroke Pines, Broward County, Florida, for an introductory flying lesson, happy to see a female flight instructor there.

In January of 2005, she started her aviation training with the Coast Guard in Texas and received her wings in June, after which she was assigned to flying HC-130 Hercules aircraft, a large search-and-rescue plane, from Hawaii’s Air Station Barbers Point. Menze flew Coast Guard rescue missions after Hurricane Katrina hit New Orleans. Despite her successes, Menze still felt somewhat uncomfortable being the only Black woman pilot in the Coast Guard, but ultimately, she met La-Shanda Holmes, and seeing herself in Holmes, helped to introduce her to the flight environment.

La’Shanda Holmes was born in Plainfield, New Jersey, and grew up in the foster care system, staying in five different homes between her junior and senior years of high school. Graduating at the top of her class, she joined the US Coast Guard in 2003 and enrolled at Spelman College, graduating in 2007 with a BA in psychology.

While she was volunteering at a career fair, Holmes met Menze and decided she wanted to fly as well. She graduated in 2008 from Officer Candidate School and finished flight school in 2010, becoming the first African American woman to pilot helicopters for the Coast Guard. Menze pinned the Wings of Gold on Holmes at the graduation ceremony for student pilots in 2010 because she wanted to make a gesture of solidarity with “all the other Black and brown girls” that would follow them. Holmes described the pinning ceremony as very emotional for both women.

Since that emotional day for Menze and Holmes, the Coast Guard has added Black women pilots to its corps and the number is now at six.