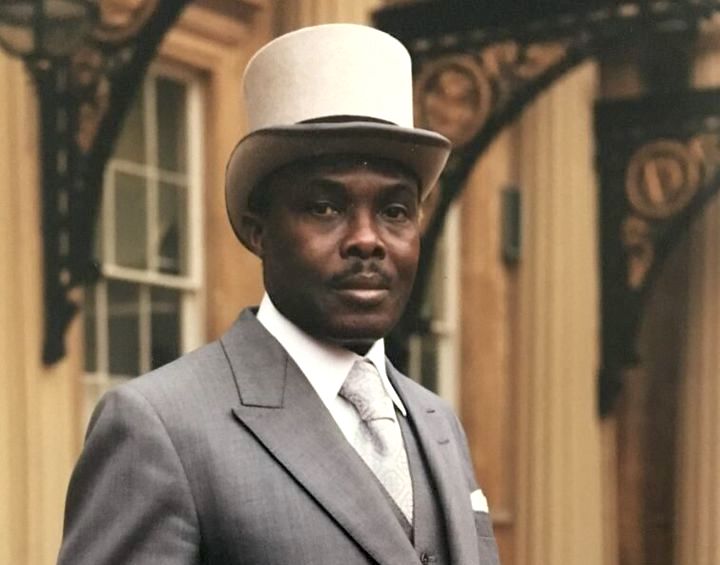 Nottingham in the United Kingdom found a creative way to celebrate the country’s first Black magistrate, Jamaican-born Eric Irons. Irons was born in Spanish Town, Jamaica, and raised there but moved to Nottingham in 1948 after military service during World War II. He had been recruited by the Royal Air Force (RAF) in Jamaica in 1944 and visited the UK in 1945. During his visit, he decided he would live in Nottingham, extended his RAF service for an additional five years, married Nellie Kelham, a local Nottingham girl, and raised a family of six children.

He had always advocated for racial equality, and his passion caused him to enter public service. In response to racial prejudices shown to Black people in Britain in the 1950s, he established the Colonial Social and Sports Club, the first such community group, in his home.

Irons began working at the Chilwell Ordnance Depot offices in 1952 when only a few Black people were employed there. He started to address the racial discrimination issue with the Nottingham and District Trades Council, and through his negotiations, he managed to see some problems resolved and additional Black workers employed at the Depot and in other areas. 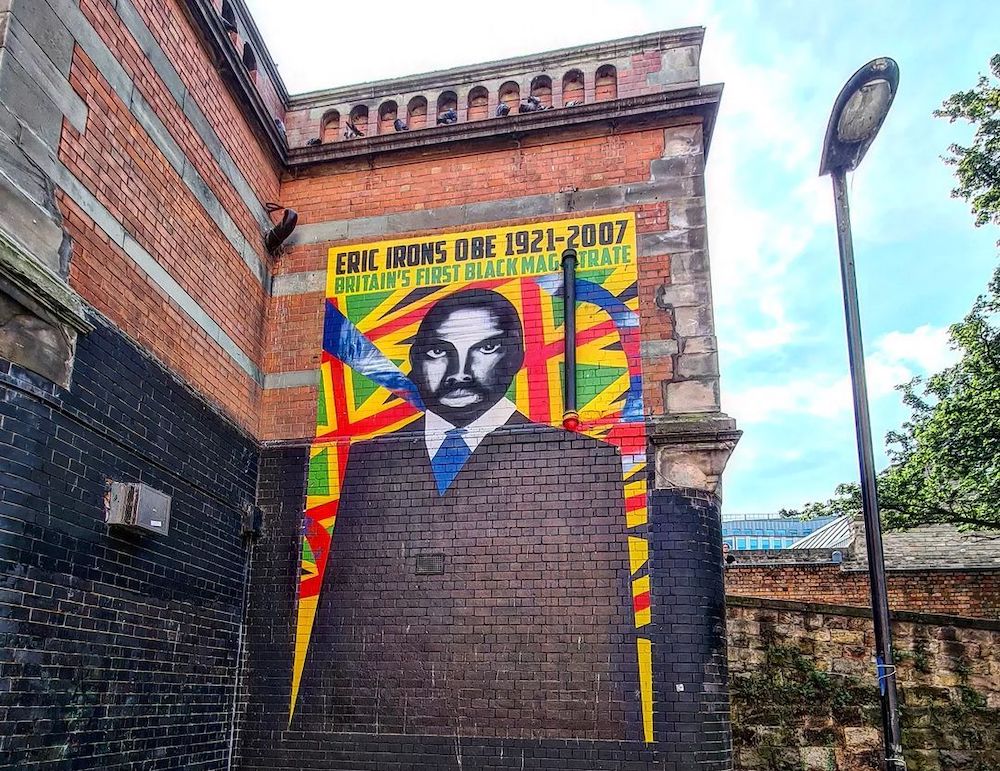 Irons joined the Consultative Committee for the welfare of Black people, which was established by a Council of Church/Social Services and the Colonial Social and Sports Club, in 1955 with the aim of discussing prejudice and other local issues. He encouraged Black people to avail themselves of educational courses provided by the WEA and was instrumental in eliminating a city transport embargo on employing Black people. He also helped the city council address problems brought to light by the 1958 race riots.

Irons made history by becoming the first Black magistrate in the UK in 1962, and now his achievements have been memorialized in a mural in the area of the Nottingham and Beeston Canal at Castle Wharf. The work, which was created by the local artist Honey Williams, was unveiled in October 2022 on the Carrington Street Bridge. The artwork honors Irons’ early life, his military service, and his contributions lifting up the status of individuals of African descent in the city of Nottingham.

The mural honoring Irons is the second organized by The Nottingham Project, which was established to recognize “rebels and pioneers” who had an influence in shaping Nottingham. The first mural was created to celebrate the city as a pioneer in the lace industry. Lee Walker, the project director, stated that Irons was a “towering” Black figure that people in the future can look up to.

Irons has also been recognized in other ways in the UK, including receiving an honorary Master of Arts degree from the University of Nottingham for making improvements in Nottingham’s race relations, and the display of a portrait of Irons by artist Katherine Green that hangs in London’s National Gallery. A plaque was placed in his memory by the Nottingham Civic Society at the National Justice Museum in Nottingham in 2019 as well.