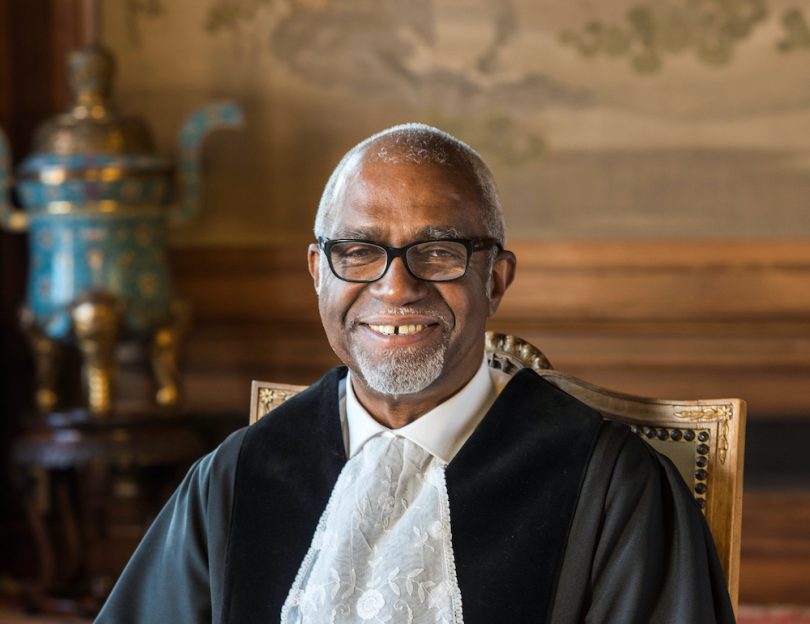 Justice Patrick Robinson, who was born in Jamaica, has been elected Honorary President of the American Society of International Law (ASIL). With his election, Justice Robinson, 74, becomes just the second non-United States national to lead the organization The justice serves as a judge at the International Court of Justice (ICJ) and will be head of the ASIL for the 2020-2021 period.

Justice Robinson joined the ASIL in 1972 and was made an honorary member in 2011. IN addition to being only the second non-US national to fill the post of Honorary President of the Society, he is just the second individual of African descent to be elected to the role. He is a former member of the International Law Commission, as well as a former member and president of the Inter-American Commission on Human Rights. The Justice previously was a member of the International Crimes Tribunal for the former nation of Yugoslavia, at which time he presided over the trial of Slobodan Milosevic. Justice Robinson was elected judge in the International Court of Justice in 2014 and was the first Jamaican and second individual from the Caribbean to serve in that position.

Justice Robinson is the father of Julian Robinson, the General Secretary of the People’s National Party (PNP) and the Opposition Spokesperson on Science, Technology, and Information in Jamaica.

The mission of the ASIL is to study international law; it is the oldest and biggest entity of its type in the world. The organization is also well-known for publishing the “American Journal of International Law.” which it publishes on a quarterly basis. The Society also publishes International Legal Materials.” The ASIL was established in 1906 and has some 4,000 members from 100 countries. Forty percent of its members are from outside the US.