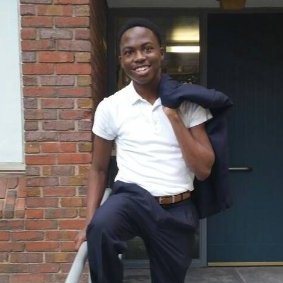 Kevon Edmonson, the first black valedictorian at Lakeland High School, received acceptance letters from five Ivy League schools, including Duke, Stanford, and Vanderbilt, but he has decided to attend Harvard University. Edmonson, who was born in Jamaica and lived there for seven years before his mother brought him to the United States, said he never thought about going to college until relatively late in his high school career because of the struggles he faced earlier in life. His mother, Marjorie Earle, left Jamaica to join her father in Florida, leaving her son with his grandparents on the island as she looked for better opportunities in the U.S. Although she kept in touch and returned to Jamaica to visit her son when he was five, Kevon says he basically grew up without parents. He lived in Jamaica for seven years before joining his mother and her sister in Florida, and was happy to be reunited with his family there. While he gave little thought to college, Kevon had little difficulty adjusting to school there, and he listened to his mother when she said he had great opportunities that should not be ignored; he worked for and received As because they meant “you were trying your hardest and doing your best,” Kevon said. Now that he is going to Harvard, his dreams and those of his family for a better life are on the way.