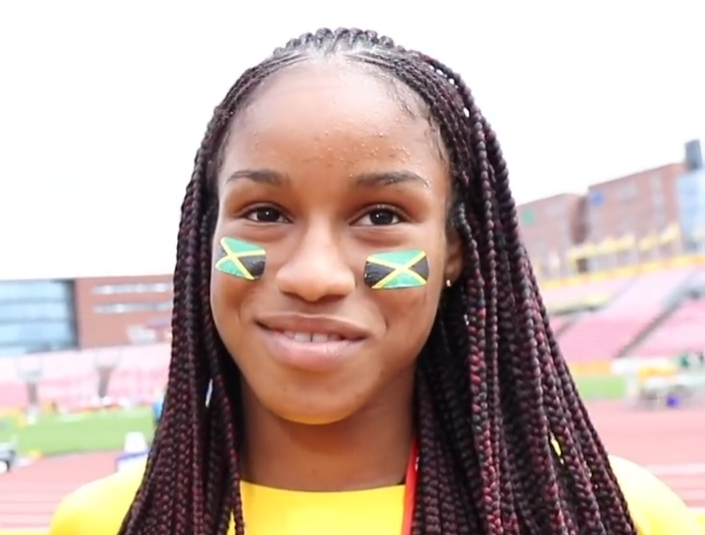 Briana Williams, 16, the newest sprint sensation from Jamaica, brought in an amazing performance at the IAAF U20 World Championships in Tampere, Finland, when she won a rare sprint double. Williams completed the sprint double in 22.50 seconds (0.1m/s). With this achievement, she becomes only the fourth woman to accomplish the feat and joins Veronica Campbell Brown of Jamaica, the first woman to win a double in 2000 in Santiago de Chile; Tezdzhan Naimova of Bulgaria in China in 2006, and Anthonique Strachan of the Bahamas in Barcelona, Spain in 2012. 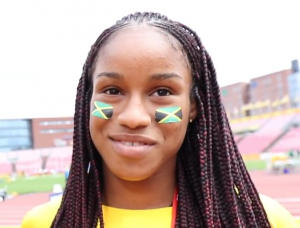 With Williams’ gold medal, Jamaica ascends to second place with eight medals: three gold, three silver, and two bronze. Williams won the 100-meter gold medal on July 12, 2018, in Finland with a time of 11.16 seconds, and returned on the 14th to provide a stunning run in the 200-meters, her less favorite event. With the win, she broke the Championships record and the Jamaican National Junior and Youth records. The Jamaican National Junior record had previously been set by Simone Facey in 2004.

Briana Williams beat that record with the 21st best time achieved by any Under-20 runner in history. The Jamaican National Youth record had been set in March 2018 by Kovona Davis, but Williams broke this record with the fifth best time ever for an athlete under 18 years of age. Her coach, Olympian Ato Boldon said that Williams’ success in the women’s 100 meters represented a vindication of his coaching methods. Boldon represented Trinidad and Tobago as a sprinter and currently coaches Williams in the United States. Noting that he had faced criticism as a young coach, he now says he is thrilled for Williams and for Jamaica on the nation’s first victory in the event since Veronica Campbell Brown in 2000.