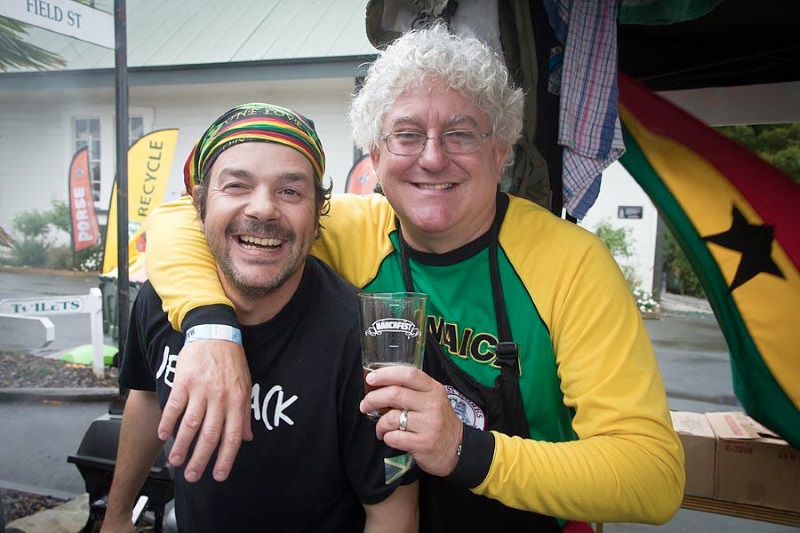 Dave Phillips, a third-generation Jamaican, has taken his passion for island flavors with him to his current home in New Zealand. Together with his sister Carolyn, who came to New Zealand in 1996, Phillips toured the country in a trailer looking for somewhere to settle before ultimately deciding on the town of Nelson. After their extended family united in New Zealand to celebrate Carolyn’s birthday several years later, other siblings joined them in making New Zealand their home. Purchasing land in the same area as his sister when he left Miami, Florida, for permanent residency in New Zealand, Phillips planted 200 lime trees on the property with the help of community members. Phillips says he is “obsessed” with limes because of the wide use of the fruits in Caribbean cooking and drinks. Shortly after planting the limes, Phillips followed that effort by growing the scotch bonnet peppers that are so much a part of Jamaica’s food. While his plants struggled for the first few years, Phillips ultimately tamed the challenging environment, hired a full-time gardener, and then took inspiration from his Jamaican roots to create an entrepreneurial business based on his great-aunt’s recipe for pepper jelly. The original recipe was augmented with passion fruit and limes, and now Phillips’ company, West Indies Spice Traders, offers a true representation of Jamaican flavor many thousands of miles from the home island.