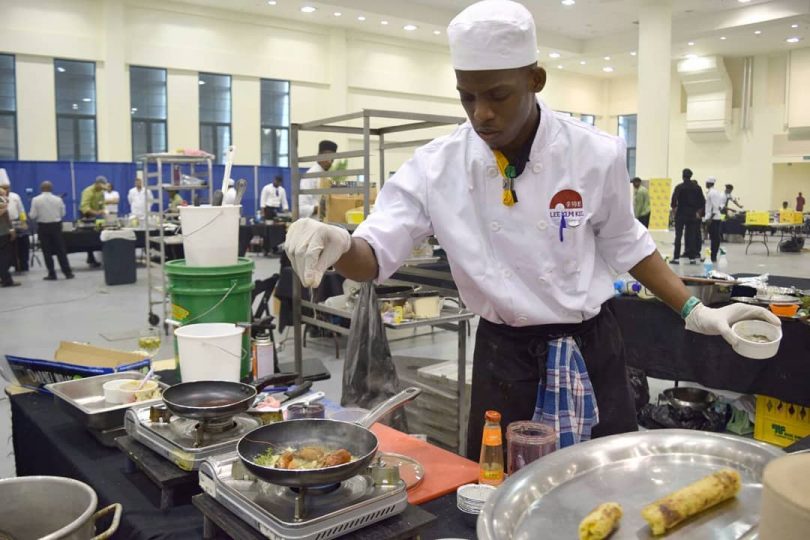 Jamaica’s Chef Stephaun Farquharson, Junior Chef of the Year, has won a regional gold medal and a competition diploma in the Chaine Des Rotisseurs Young Chefs Competition recently held in South Carolina. In 2016, Chef Farquharson took third place in the Junior Apprentice Chef of the Year competition at Taste of Jamaica. The Chaine Des Rotisseurs Young Chefs Competition is held to promote and encourage the development of culinary skills among young chefs, who are defined as those younger than 27. The competition exposes the chefs to a competitive environment that offers the chance to display their talents and creative innovations in an unbiased and fair professional forum. The competition began in 1977 in Switzerland and has evolved into a series of contests held at the local, national, and international levels. In 1990, the competition started in the United States and has continued to grow in popularity ever since. It has been featured on CNN and the Food Network. The 2018 competition in South Carolina was scheduled as part of its third National Culinary Weekend event that combines competitions, educational events, and exciting dining opportunities. In addition to the announcement of the ten regional winners of the Young Chefs Competition, the South Carolina event included pastry and military contests, a wine and chocolate pairing, a buffet brunch and a multi-course dinner at the Francis Marion Hotel. The Chaîne des Rôtisseurs is the oldest global gastronomic society in the world. It was founded in Paris, France, in 1248, and is committed to the preservation of the “camaraderie and pleasures of the table” and to the promotion of excellence in hospitality. The society sponsors the young chef competition every year, and contestants are attracted from around the world to compete for the awards. The Chaine Foundation sponsors scholarships for students in culinary arts.