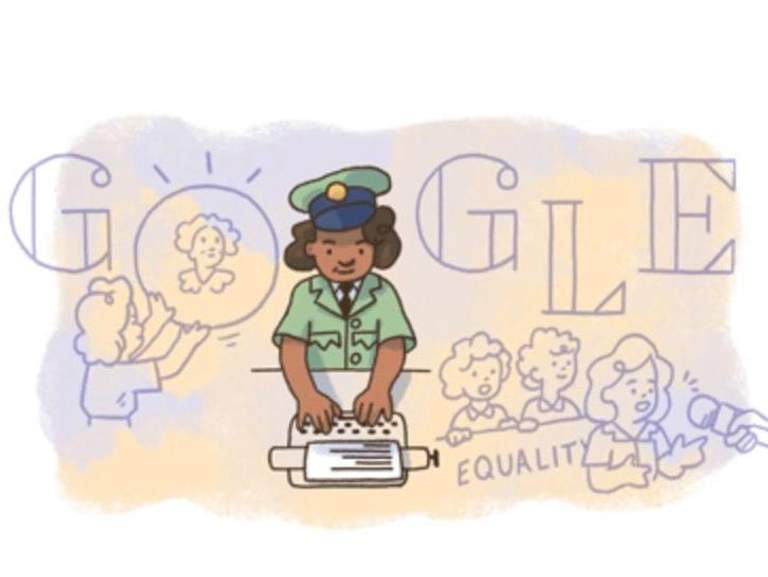 On December 21, on what would have been her 95th birthday, Google honored the Jamaican World War II veteran and campaigner for the recognition of black servicewomen, Connie Mark, with one of its unique Doodles.

Mack was a medical secretary during World War II and later became an activist for Caribbean people in Britain. Mack is often recognized as being the most influential black British woman in history.

Mack joined the war effort from her home country of Jamaica. She was born Constance Winifred McDonald in Kingston in 1923 and was only 16 years old when World War II began. By the time she was 21, Mack had joined the Auxiliary Territorial Service (ATS) and served in Jamaica as a medical secretary. Her duties included typing up reports that detailed the injuries suffered by soldiers.

A disagreement over pay prompted her to become an activist. When she saw discrimination during her time working in the ATS, she took action. In spite of being promoted in her job within just one year, she was not provided with a pay increase. She believed this was due to racism. While she fought for fair pay, she never received the money she believed she was owed in back pay.
Mack was also denied a British Empire Medal when, after the war, her application for the medal was rejected by authorities. She saw this refusal to grant her the medal was based on the fact that she had refused to clean the private quarters of British officers while she worked in the ATS. She was finally awarded her medal in 1992, however.

Her activism became more pronounced after she moved to the United Kingdom following her marriage to first-class cricketer Stanley Goodridge. She initially planned to continue working as a medical secretary upon her move to the UK in 1948, but she soon joined the West India Ex-Servicemen’s Association and campaigned for women’s contributions during the war to be recognized, particularly the service of black women. She was especially involved with the effort to honor the work of Mary Seacole, the British Jamaican-born nurse who worked behind the lines during the Crimean War in the 19th century. Mark’s campaigning for Seacole ultimately resulted in the establishment of a permanent memorial to the nurse and a government bursary created as a tribute to her. This provides £25,000 a year for nursing studies.

Throughout her life Mark paid tribute to individuals who served with her in the Second World War, participating in parades on Remembrance Day until her health limited her involvement. Mark died in London in 2007 at the age of 83.