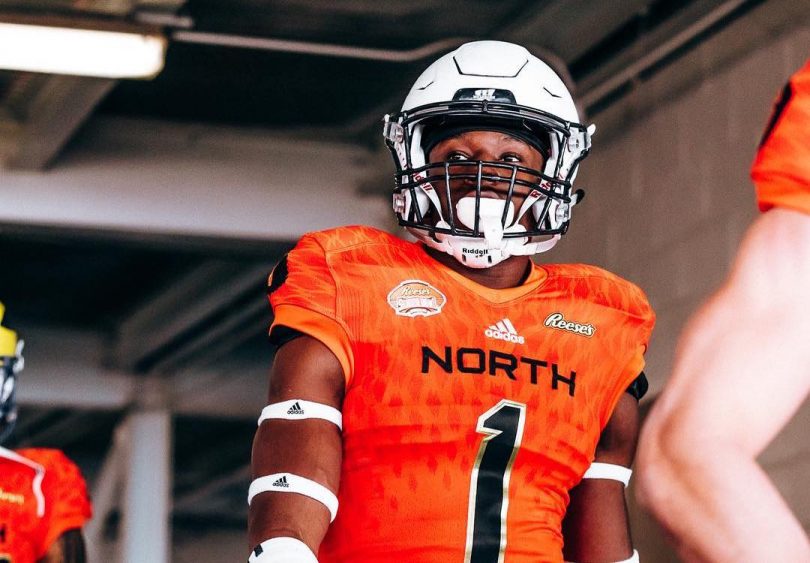 Jamaican Corey Ballentine received several college football scholarships. When accepting a scholarship from the Division II team, the Washburn Ichabods, he told his coaches that he wanted to join the NFL. He said it primarily as a joke.

However, on Saturday, April 27, 2019, Ballentine, who was born in Montego Bay, Jamaica, achieved his goal as sixth-round draft pick called up by the New York Giants as the team’s third-corner chosen in the 2019 NFL Draft, ranked Number 180 overall. Commenting on his selection, Ballentine said,“It was surreal.” Ballentine, who is six feet tall and weighs 204 pounds, moved to the United States from Jamaica when he was six years old. He said, “This is something I’ve always dreamed of. It took me back to the moment when I got recruited to college, and I told my coaches this is something I wanted to do. Now here the moment is.”

Ballentine had only two years of playing football at the varsity high school level in the position of free safety when Washburn gave him the chance to join its team. He went on to turn in an amazing performance with 186 tackles, ten for a loss, four forced fumbles, three recoveries and five interceptions in 46 career games. He began his Washburn career as a safety/nickel corner, then moved outside to corner in 2017 and 2018. He was the winner of the Cliff House Award for small college defensive player of the year in 2018. He averaged 24.81 yards per kickoff returns, and he ran track for the Washburn Ichabods and set several school records doing so.

His biggest opportunity came at the Senior Bowl in January 2019, when he was one of just three D-II players chosen for the showcase. He made an impressive showing in Mobile, Alabama versus chiefly Division I competition during practice week and ended up a starting player. Ballentine said the week was “eye-opening” for him as he saw many route combinations he had not seen before coming from Division II. As a result, he became more precise and recognized what things he can’t do at the highest level of the game. He feels very confident about his ability to play special teams as well. He had practiced for a while and in 2017 averaged 30 yards per return on kicks. “The stopped kicking to me in 2018,” he said, and he didn’t do punt returns, but he says he will do it if the Giants want him to. “I’m happy to fill in wherever I need to,” he said. “I’m definitely prepared for the challenge.”

Ballentine was injured in a shooting immediately following the draft. His former teammate and friend Dwane Simmons was killed during the shooting. Reports state that Ballentine will make a full recovery.