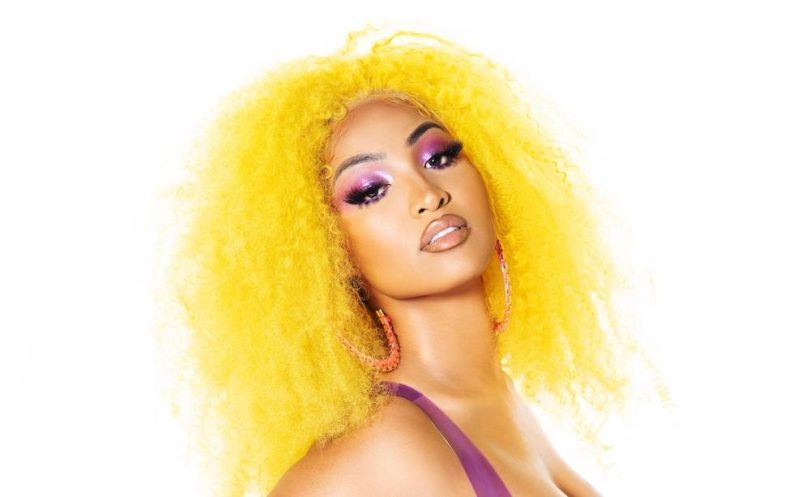 Dancehall recording artist and Grammy nominee Shenseea is looking for cross-over success and confirmed that she will appear as a guest on the late-night television show “Jimmy Kimmel Live” in the United States on March 3, 2022, just a week before her debut album “Alpha” is set for release. The announcement of her Kimmel appearance came shortly after the artist featured on the popular “Up Next” program from Apple Music, which described her as a “global” artist and designated the singer as one of the “next big things in music.”

The “Up Next” program introduced Shenseea through a short film shot on an iPhone in which Nadeska, the Apple Music 1 host, talks to her about her career and success in dancehall music. The artist described herself as “a young mom and a Jamaica,” and she candidly discusses her upbringing in a strict Christian home that prohibited “raunchy” music. She said her mother’s strong work ethic as a farmer was her inspiration. The film includes many depictions of Shenseea with her mother and her son.

Shenseea told interviewer Nadeska that this is what she has been waiting for her entire life and that now she has signed with Rich Immigrants/ Interscope Records, she wants to “hit the charts running” to fulfill her dream of becoming a major success on the international stage. Her “Alpha” album features 14 dancehall tracks and is designed to showcase her writing, singing, and rapping talents as well as her ability to cross different musical genres. Most of the tracks on the album, which Shenseea said she had been working on for several years, were produced by Rvssian. She said she was excited about being chosen Apple Music’s “Up Next” artiste and added that Apple Music has been one of her strongest supporters since the release in the US of her hit single “Blessed.”

Shenseea has been nominated for a Grammy for her work on Kanye West’s Grammy-nominated album titled “Donda.”

Other Jamaican artists who have made appearances on “Jimmy Kimmel Live” in recent months include Shaggy, Spice, and Sean Paul.